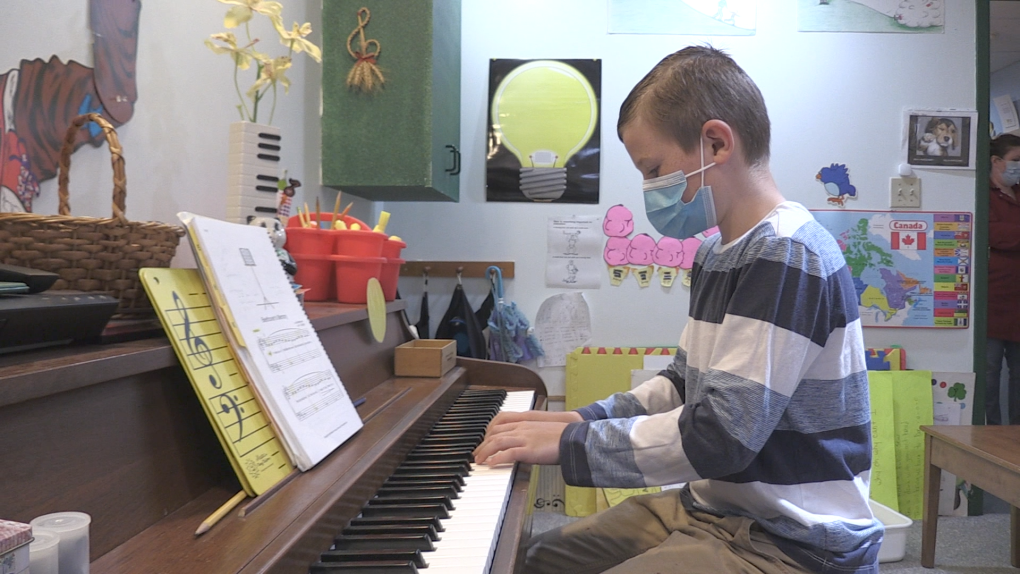 Hudson Heikoop, 10, and Céline Prygiel, 8, were recognized for their talents at the International Festival of Music Composition for Young Children in March. They both won first place in their category in Eastern Canada.

“It takes a lot of work and a lot of time to create something good, but it’s worth it,” said Heikoop, who has been playing the piano for three years.

Heikoop also came in first internationally, while Prygiel came in second, competing against over 37,000 entrants from Canada, the United States, Singapore and Malaysia.

“It’s fun that you can do any song you want,” Heikoop said.

Both are students of Brantford music teacher Heather Corbett Tuttle, who helped them compose their songs.

Heikoop’s composition, “Sandy Sea Shore”, was inspired by the sound of crashing waves and the texture of sand. It took about six weeks to complete.

“I said a word and Miss Heather took the closest notes and ended up doing a beat,” Heikoop said. “When you put it all together with all the notes, it was pretty cool.”

“It’s like being Sherlock Holmes, there’s a code to find those letters and match them up and it creates a song,” explained Corbett Tuttle.

Prygiel has been playing the piano for two years and composed the song “Sister’s Love”, written for her younger sister, Bianca.

“I’m very, very, very proud of them,” said Corbett Tuttle, who coincidentally lives on the same street as the young composers.

The winning compositions are published on the Superscore app.