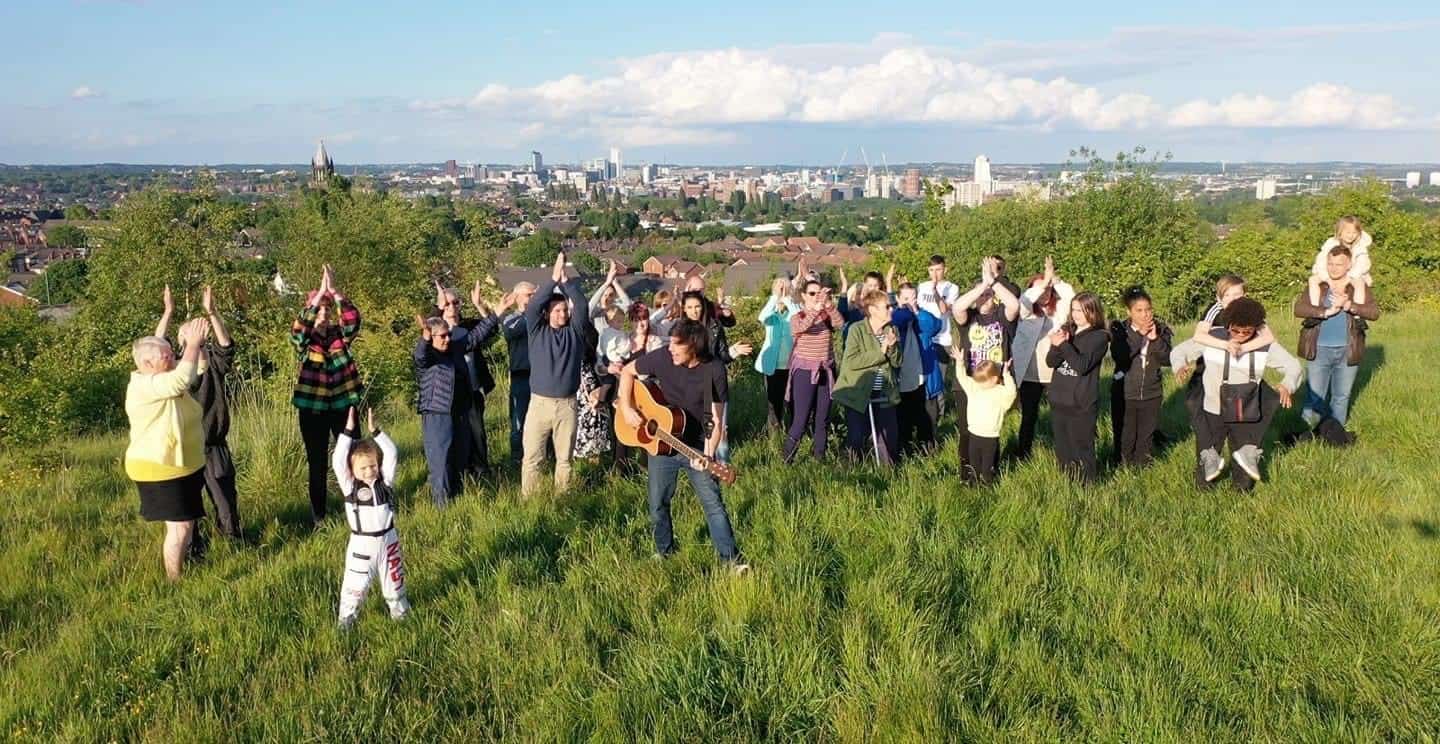 When Wortley resident John Balding got together with musician Johnny Stott for a few drinks after a hard day’s work, the result was the creation of a song and music video.

They hope the song will travel to the Moon with the soon to be launched Elon Musk SpaceX rocket.

The song, called mission to the moon (Doge1), began with a 30-second Twitter video scribbled on a few scraps of paper.

John has always had an interest in cryptocurrency and said, “I got interested in the Doge coin which is one of Elon Musk’s favorite currencies. He sends a rocket to the moon called Doge1 with a satellite orbiting the moon, which I think will be a big moment in history. It is the first rocket to bear the name of a cryptocurrency, Doge.

Their song is a tribute to the space mission and they believe it’s the only song that covers the launch, which gives them a good chance of success.

After posting the video, they discovered that many influential people watched their song and decided to release a music video and came up with the idea to play their song on Elon Musk’s Rocket to the Moon!

They have now secured funding to release an advertisement which will see John’s son, Archie, star in a starring role. They hope that with enough publicity, Elon Musk’s team will be sure to hear the song and that their dream of Mission to the Moon (Doge1) will be performed on the Moon.

The video was filmed at Cabbage Hill and John’s home in Wortley, also using Evoke Studios in Meanwood.

John wanted the video to feature locals and shouted on social media asking local residents to be featured in the video. More than 40 people volunteered to participate.

John said: “It’s very important to me. The idea of ​​the video is to show my son Archie and his dream. They are local and normal people. I didn’t want to hire people because it wouldn’t look good, I didn’t want a bunch of actors, just real people. What’s better than our community?

Dawn Tate, who lives across from Cabbage Hill and was in the video, said: “I really enjoyed it. Thanks for inviting us to be a part of it. The song sounds awesome.

Lead singer Johnny Stott has since been offered a 10-song album deal and booked for gigs across the country following the song’s success.

The song has been downloaded over 400 times and John said: “I’m so glad we did it, even though it’s not going anywhere. It’s a great feeling that normal people can be on TV, music channels and radio.

The video can be seen here and the song is available for Download here.

“Folk songs are a true representation of human behavior” – Journal