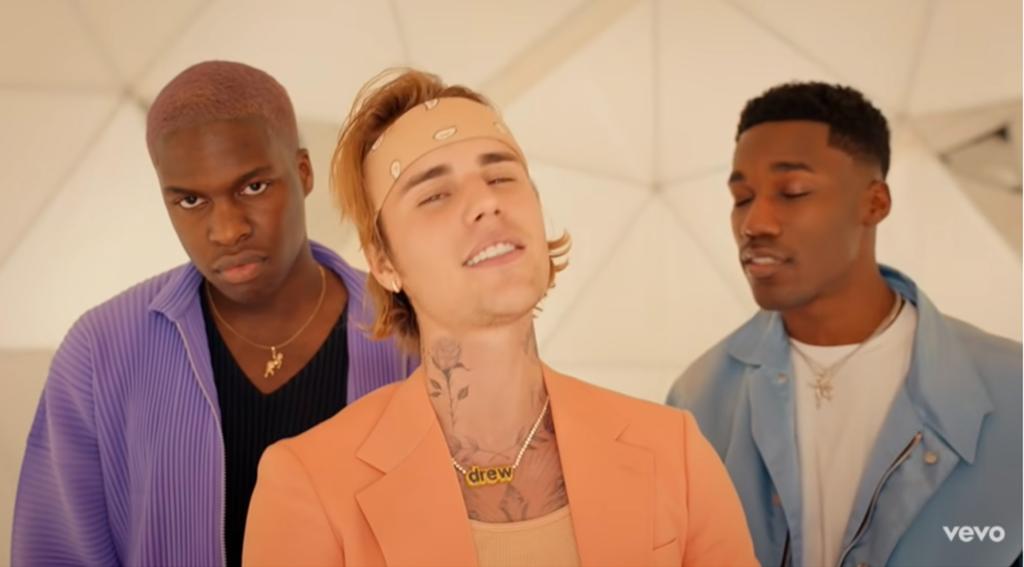 We know that Justin Bieber released his “Peaches” in Georgia and his weed in California, but tracing the collective makeup of her #1 hit is not so simple.

That’s because it took 11 songwriters to pull off that R&B-pop bop of Bieber’s 2021 album “Justice.” 50 years ago, like Don McLean’s “American Pie”. “Heart of Gold” by Neil Young and “Superstition” by Stevie Wonder.

In fact, when the 64th Annual Grammy Awards take place on Sunday, April 3 at the MGM Grand Garden Arena in Las Vegas (airing 8 p.m. ET on CBS with host Trevor Noah), “Peaches” will have the distinction of being Song of the Year nominee with most co-writer credits in the history of music’s greatest night.

The 11 tunesmiths who have a track from the pit for one of Bieber’s eight nominations are two more than previous record holder, Beyoncé’s “Black Parade,” which had nine co-writers, up for the song by the year in 2021. Although Bey did not win, Bruno Mars won this prestigious Grammy with seven of his correspondents for “C’est ce que j’aime” in 2018.

Once frowned upon by Recording Academy purists, committee songwriting — when you’re not even in the same room working together — is how many of today’s biggest hits are created. And Nile Rodgers—the President of the Songwriters Hall of Fame who has worked with everyone from Diana Ross and David Bowie to Madonna and her own band, Chic — says it’s the new normal.

“’Peaches’ is not unusual. It’s actually probably how most hit records are made now,” Rodgers, 69, told The Post. “The finished product is really what’s important. And no one really cares how you get there… The end justifies the means.

Although Grammy-winning songwriter-producer Eric Seats – who has collaborated with Aaliyah, Missy Elliott and Destiny’s Child – doesn’t think a playful ditty like “Peaches” (featuring Giveon and Daniel Caesar) sounds as if she needed 11 cooks in the kitchen, he agrees that it all depends on the end result.

“There’s no formula, no right or wrong in the process,” Seats said. “It’s really about the outcome. So good for all those people who can collaborate on one song. I don’t know how it worked out.

The hip-hop effect – not relying on traditional music and instrumental training – in pop and R&B has certainly changed the game of songwriting. Building today’s hottest tracks just isn’t the same as sitting at the piano or strumming the guitar and making the magic happen in solo dolo.

And with the proliferation of hip-hop-style samples and tweens, more and more writers are getting non-collaborative credits on songs. “When Kanye [West] and Dr. Dre and The Weeknd and all those other sampled people [Aaliyah’s] ‘Rock the Boat,’ they had to put our names in those credits,” Seats said. “I wasn’t even close to the sessions, but they had to credit us.”

After Marvin Gaye’s estate won a famous lawsuit against Robin Thicke and Pharrell over their 2018 hit “Blurred Lines,” more and more artists are being careful not to credit those who clearly influenced their work. In fact, Olivia Rodrigo — who’s up for seven Grammys — retroactively added songwriting credits to two of her biggest hits: Taylor Swift, Jack Antonoff and St. Vincent for “Drivers License”; and two members of Paramore for “Good 4 U.”

But some songwriters are still doing it themselves old school. In fact, this year’s “We’re Not Talking About Bruno,” the ubiquitous “Encanto” hit, has become the first song written by one person – Lin-Manuel Miranda – to go #1 since “Perfect” by Ed Sheeran in 2017.

“It happens, but those songs aren’t as popular,” Rodgers said.

“Especially in other genres – jazz, country and even gospel – there are definitely still those singles with that feather,” Seats added. “Because it’s almost like it’s their testimony.”

And just because the process isn’t always the same as, say, when Alicia Keys won song of the year as the sole writer of ” To fall “ Twenty years ago, at the 2002 Grammys, Rodgers said it didn’t diminish success. Indeed, he believes it’s just part of the evolution of music.

“I always like to recognize the fact that artists have more colors to paint,” Rodgers said. “I was signed because I could write it, play it and perform it… The world is different now – and songwriters have more tools at their disposal.”

WonderCon Recap: Behind the Music with the Composers Behind ‘The Book of Boba Fett’, ‘The Proud Family: Louder and Prouder’, ‘The King’s Man’, ‘Kung Fu’ and ‘Halo’