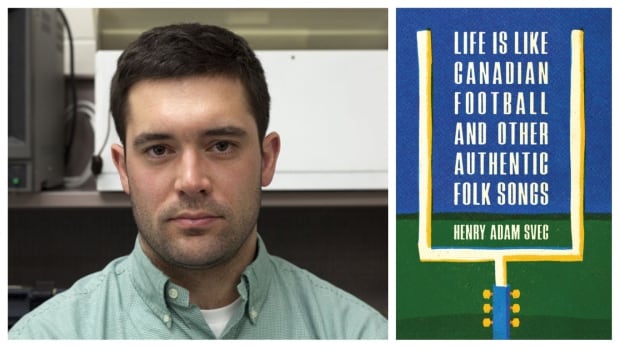 When Henry Adam Svec planned the release of his new book, he thought he had timed it perfectly: the first day of the 2021 Canadian Football League season.

The third wave of COVID-19 has pushed the start of the season back to August 5. But Svec continues to move forward.

Life is like Canadian football and other authentic folk songs includes previous work by Svec. He wrote songs from the perspective of fictional 1970s Canadian football players and recorded and streamed them online.

The new novel takes that narrative even further, he told CBC News.

“The book tells the story of a folksong collector who, while working as a summer intern at Library and Archives Canada, discovers [these] songs,” Svec said. “It’s a story of professional and personal transformation and discovery.”

Svec, who is also an assistant professor in the University of Waterloo’s department of communication arts, said he’s been working on various parts of the project — the songs, the recordings and the text — for the better part of a decade.

“Songwriters are often expected to be serious and sincere. And it was a fun way to play with that,” Svec said.