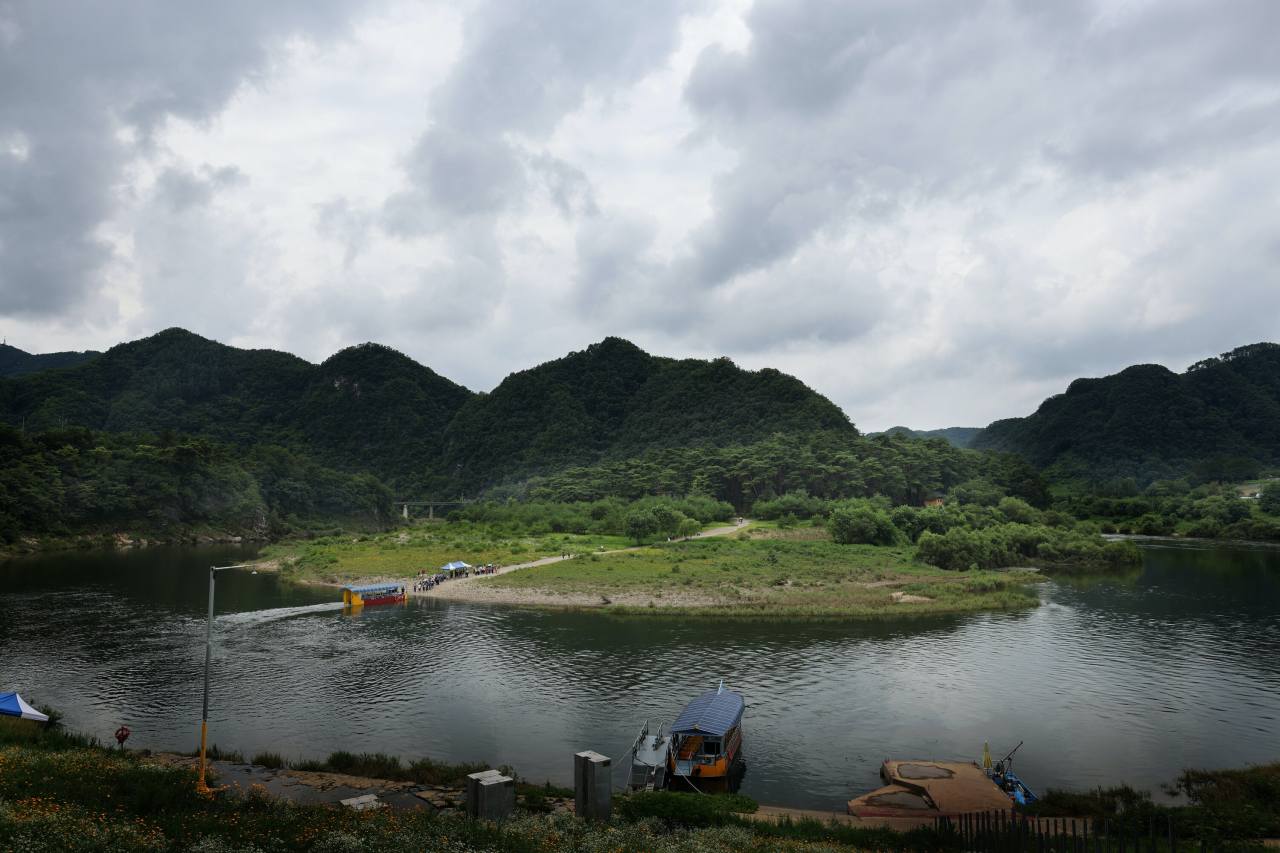 Arirang is a genre of Korean music with heartbreaking lamentations over tragedy, hardship, suffering, and injustice. Arirang’s improvisational nature makes it easy for anyone to weave their own poignant life stories into song, like modern-day rap.

Life has always been difficult for ordinary Koreans, especially in remote areas. Poverty, hard work and abrupt political changes have combined to produce what Koreans call “aehwan”, which means sadness and joy. In the DNA of Korean folk music, Arirang is known for expressing these laments in songs.

The Arirang Pass had an ever-present influence on this folk music tradition, giving it its name. Korea is a land dominated by towering mountain ranges, some impassable, isolating the villages and towns of the provinces from each other. “Arirang gogae” means Arirang mountain pass. All Arirang songs feature Arirang’s gogae.

Climbing a difficult mountain pass symbolizes painful life transitions. For example, consider the 1392 story of Hamheung’s fearsome militia leader Yi Seong-gye. He led his private army on a long journey to Gaegyeong, the former capital of Goryeo, and overthrew the rulers there in a bloody mutiny.

Surviving Goryeo officials were forced through one of the 26 gates of the Gaegyeong city walls – which connected all roads to the declining empire – never to look back. Several loyal former Goryeo government officials have crossed mountain passes to Jeongseon county in Gangwon province. There they sang Arirang, lamenting the fate of those who refused to serve two kings.

Researchers have identified thousands of Arirang song variations. One of the best-known variants of Arirang comes from Gangwon Province. It commemorates King Danjong (1441-1457) of the Joseon era, whose short reign and tragic life ended when his uncle exiled him to Yeongwol, Gangwon Province.

“Despite taking ginseng and deer antler tonic daily to prevent aging, what the hell is that rough gray hair on my head! Ah ah!” sing Kim.

Jeongseon has many Arirang songs about the dangerous old ways of harvesting and transporting Korean pine wood to market. This precious wood was used to build royal palaces and houses. It came from the Taebaek Mountains in Gangwon Province, where ancient groves grew abundantly on the high ridges.

In times of high water on Donggang, the men of the Jeongseon countryside would jump on wooden rafts and transport pine logs from the Taebaek Mountains downstream to Seoul. A song by Arirang recounts the tragic death of a young man who never returned from a log raft trip and his girlfriend who yearned for his return. She jumped into the river to drown and join her boyfriend in the afterlife.

This song was commemorated by the statues of a young man and a young girl, standing on opposite sides along the banks of Donggang, next to the Jeongseon Arirang training center. This place was the traditional starting point for wooden rafts leaving for Seoul.

The song is performed at Arirang Center in Jeongseon County approximately every five days. The performances coincide with the days when the Jeongseon Open Market meets.

Arirang’s music and songs can trigger powerful visceral and emotional reactions in people.

Foreign visitors to Korea in the 19th century, such as Homer Bezaleel Hulbert (1863-1949), noted that “Singing Arirang is like rice for Koreans. Koreans sing because they like to sing.

Hulbert, who was an American missionary, journalist, and political activist, advocated for Korean independence from Japanese colonial rule. Hulbert was a close personal friend and adviser to Emperor Gojong, and taught English to Syngman Rhee, the future first president of the Republic of Korea.

Arirang’s songs have spread far beyond the Korean homeland. Overseas Koreans who have suffered tragedy have taken the tradition with them. Arirang music was even found among prisoners of war in Germany – two Korean men who were captured fighting under the Soviet flag were Koreans singing Arirang.

Koreans in the Soviet Union who suffered greatly during the mass relocation of Joseph Stalin in 1937 still sing Arirang songs.

Hundreds of thousands of Soviet Koreans from the Russian Far East were forcibly moved to the uninhabited plains of Central Asia, present-day Kazakhstan and Uzbekistan. Tens of thousands of people did not survive the unheated train journey covering some 6,400km from home and the ensuing winter when people had to dig holes in the ground to survive the elements.

A vintage 1951 Arirang scarf made during the Korean War has a Korean Arirang song on sheet music with the following romanization of Arirang’s lyrics: