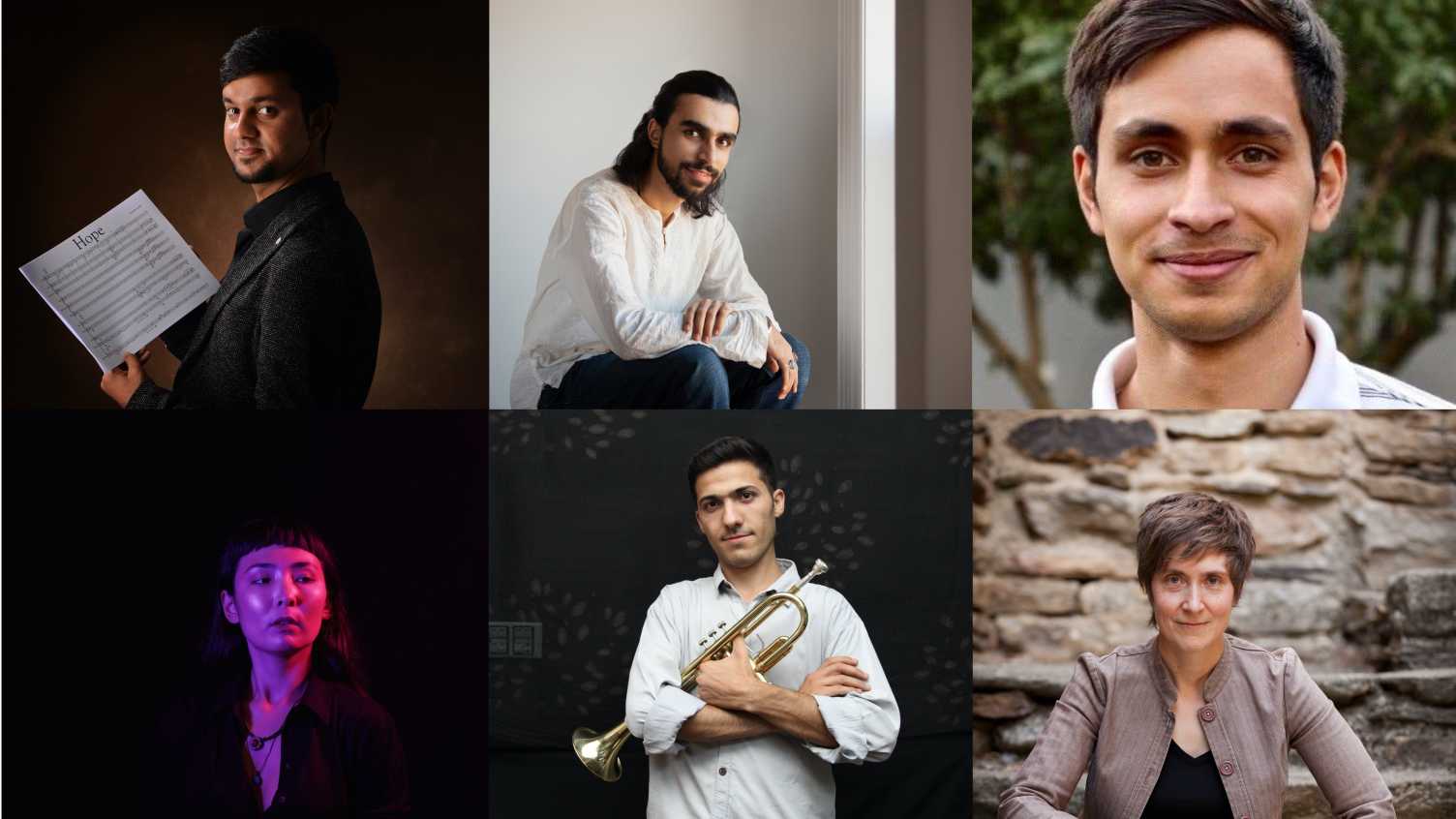 Nine new orchestral works by Afghan composers, many of whom are silenced in their home countries and live in exile, will be presented in a concert co-organized and conducted by an academic from the University of Sheffield.

Nine new orchestral works by Afghan composers, many of whom are silenced in their home countries and live in exile, will be presented in a concert co-organized and conducted by an academic from the University of Sheffield.

The event at the Spitalfields Music Festival on Tuesday July 5, 2022 will be conducted by Dr Cayenna Ponchione-Bailey from the University of Sheffield and marks the first time a UK orchestra has given a concert of Afghan orchestral music. The concert aims to promote the work of musicians and composers silenced by the Taliban, while celebrating the history of orchestral music in Afghanistan.

The Orchestral Music of Afghanistan: Towards the Future, will bring together the Oxford Philharmonic Orchestra with musicians playing traditional Afghan instruments, in particular; an Afghan rubâb (a short-necked lute often considered the national instrument of Afghanistan), picture (a pair of pitched drums), and a Herati dutar (a long-necked lute).

Dr Ponchione-Bailey, a Leverhulme Early Career Researcher in the Department of Music at the University of Sheffield and Principal Conductor of the Oxford Philharmonic Orchestra, has worked closely with musicians from the National Institute of Music from Afghanistan to Kabul since 2018 and has taught many young Afghan conductors and composers.

She says: “Musicians in Afghanistan have once again been silenced by the Taliban – a throwback to their cultural policy of the 1990s, when musical activity was banned in the country. From 2001 to 2021, many efforts were made to rejuvenate the musical culture of Afghanistan and now this work must continue in the Diaspora.

“It is both exciting and heartbreaking to organize this concert with composer and pianist Arson Fahim. Exciting, because it’s wonderful to bring this vibrant and unique orchestral practice to the UK and to support the creative work of Afghan musicians while in exile. But heartbreaking, because this music should be able to be heard in Afghanistan, which is not currently possible.

“I think it is essential that we continue to collaborate internationally to ensure a platform for the flourishing creativity of Afghan composers and musicians, many of whom are in exile or in hiding.”

The orchestras of Afghanistan have a rich history that dates back almost 100 years. In the second half of the 20th century, orchestral musical creation flourished alongside a boom in radio and television broadcasting. In the 21st century, their musical repertoire has often been a mixture of arrangements of existing Afghan compositions and traditional songs with arrangements of European heritage works, as well as original compositions by Afghan composers and voices from around the world.

Dr Ponchione-Bailey added: “The orchestras of Afghanistan are unique in that they generally encompass a fusion of traditional Afghan instruments and historically European instruments. Arson and I wanted to build on the orchestral instrumentation established at the National Institute of Music of Afghanistan over the past decade, while expanding it to include instruments less commonly found in such ensembles in Afghanistan, including upright basses, bassoons and trombones. The composers featured at the concert represent some of the most exciting new compositional talent to emerge from Afghanistan in the past decade.

Arson Fahim’s music is imbued with his compassion and fierce commitment to social justice in his native Afghanistan. A 2020 graduate of the Afghanistan National Institute of Music, he is currently pursuing a composition degree at the Longy School of Music in Boston.

He said: “Although music plays an important role in the culture and history of Afghanistan, more than four decades of war and extremism have had a devastating impact on it. At the end of the 90s, music was completely banned by the Taliban and taking power in August 2021, they are once again silencing music by breaking instruments and persecuting musicians. This concert aims to share the beauty of Afghanistan and its music, but also to raise awareness of the sad realities facing the country. The concert is a way to keep the sound of Afghan music strong and alive – a symbol of resistance and a message of hope.

After his first night at the Spitalfields Music Festival, Dr Ponchione-Bailey is working with the University’s concerts team to bring some of these works to Sheffield, including a performance by Afghan singer-songwriter Elaha Soroor and Kefaya Bank.

You can find out more about the Spitalfields concert and music festival here: https://spitalfieldsmusic.org.uk/events/the-orchestral-music-of-afghanistan-looking-forward/

How Palestinian Musicians Are Bringing Old Folk Songs To Life