These are the vagaries of life in makeshift shelters across Ukraine, where families try to protect young and old and make conditions bearable amid the distant crash of bullets, missiles or shells at the outside.

Hundreds of thousands of citizens rushed to spend another night on Kiev’s metro system as air raid sirens blared on Sunday. Among those who have taken refuge in refuges, some journalists from the Associated Press testify to the way in which Ukrainians are coping with the war which is tearing their country apart, such as piano teacher Alla Rutsko.

“A terrible dream… It seems to me that all this does not happen to me. The eyes see, but the mind refuses to believe,” said Rutsko, 37, sitting on an air mattress in Kyiv’s Pecherskaya metro station.

“The fourth night, I can even sleep and dream,” she said. “But waking up is particularly difficult.”

She focused her thoughts on her grand piano and her fears of losing it – “an excellent instrument, inherited from my grandfather, survived the last war.”

A family sits in the Kiev metro, using it as a bomb shelter in Kiev, Ukraine, February 25, 2022. (AP Photo/Emilio Morenatti)

Fighting is still raging in the southeastern Ukrainian city of Mariupol, where Ukrainian forces have so far prevented the Russian army from taking the strategic Sea of ​​Azov stronghold.

“God forbid rockets to hit. That’s why we gathered everyone here,” said local volunteer Ervand Tovmasyan, who helped organize a shelter in the basement of a city gymnasium. young son clung to him.

The workout equipment lining the walls contrasts sharply with the revised purpose of the gym. The shelter has experienced shortages of drinking water, food and fuel for generators since fighting began last week, so residents are bringing what they can to stock up.

Many residents of the haven remember the 2014 bombings, when Russian-backed separatists briefly captured the town. Anna Delina survived this and had two children. Now she does her best to comfort them with soothing words and hugs as they cuddle under blankets on the cold gym floor. 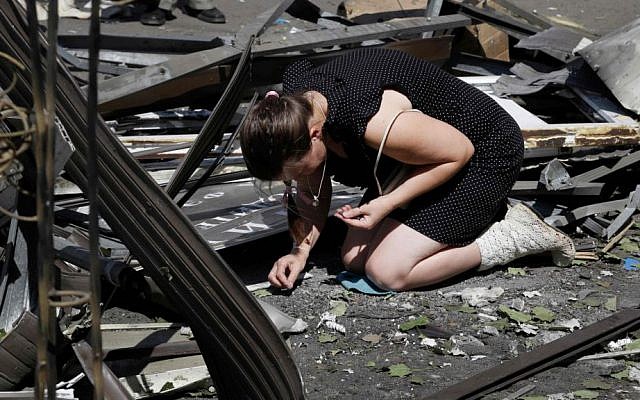 “Now the same thing is happening, but now we are with children,” she said.

In Kramatorsk, in the east of the country, a couple kiss on a train platform before the woman boards a westbound train, hoping for safety. The refugees collapse from exhaustion after crossing into Poland.

At first, the authorities banned pets, but then turned a blind eye. Anxious cats and dogs now cuddle up next to their owners.

Denis Shestakov, a 32-year-old architect, invented a fairy tale to allay the fears of his 5-year-old daughter, Katia. 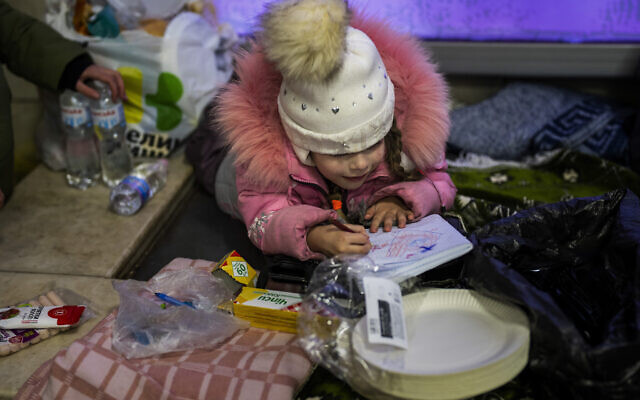 A girl paints on a notebook next to her mother as they take shelter in the Kiev metro, using it as a bomb shelter, Ukraine, February 26, 2022. (AP Photo/Emilio Morenatti)

“But how do you explain that to a dog? He started losing his fur due to stress,” he said.

“You can get used to a nightmare,” he said, trying to vent the pressure. “And it’s also a nightmare.”

Despite the shortages, lack of privacy, and all the challenges that come with life on an underground railroad platform, complaining is hard for families.

“It’s much more difficult for the soldiers at the front. It’s embarrassing to complain about the icy floor, drafts and terrible toilets,” said Irina, 74, who declined to give her last name. His grandson Anton is among those fighting in eastern Ukraine.

The internet works most of the time and everyone reads the news. Belarus’ potential participation in the war alongside Russia has become one of the most discussed topics. 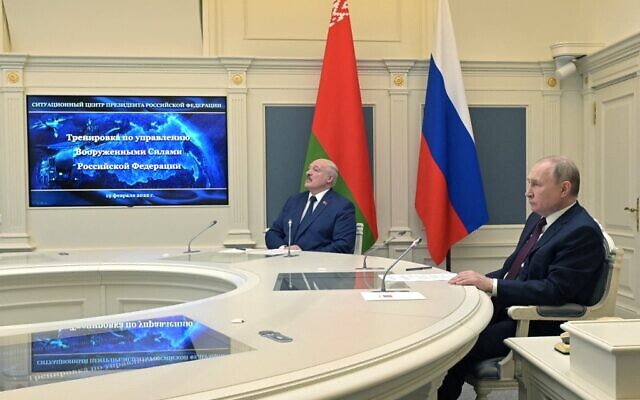 “Oh, Ukrainians, Belarusians and Russians can hardly be called brothers now,” said Dmitro Skorobogaty, a 69-year-old engineer. Then he added, “although you can’t choose your loved ones.”

Citizens are constantly warned against Russian saboteurs trying to sow panic in Kyiv.

Squads of police descend on the metro station, check documents, distribute water and, among other things, inform people if it is safe to exit.

Amid the din of parents singing folk songs to their children, foreign students from Africa joined Ukrainians in singing the melodic national anthem: “Ukraine is not dead yet, Glory to Ukraine !”

A glimmer of hope is still nourished by those who take refuge.

“There is hope [for negotiations] because everyone wants peace and some kind of result so that civilians are not killed,” said Delina, a mother of two young children.

You are a dedicated reader

We’re really glad you read X Articles from The Times of Israel over the past month.

That’s why we started The Times of Israel ten years ago – to provide discerning readers like you with must-read coverage of Israel and the Jewish world.

So now we have a request. Unlike other media, we don’t have a paywall in place. But since the journalism we do is expensive, we invite readers to whom The Times of Israel has become important to support our work by joining The Times of Israel community.

For just $6 a month, you can help support our quality journalism while benefiting from The Times of Israel WITHOUT ADVERTISINGas well as access Exclusive content only available to members of the Times of Israel community.

Thank you,
David Horovitz, founding editor of The Times of Israel