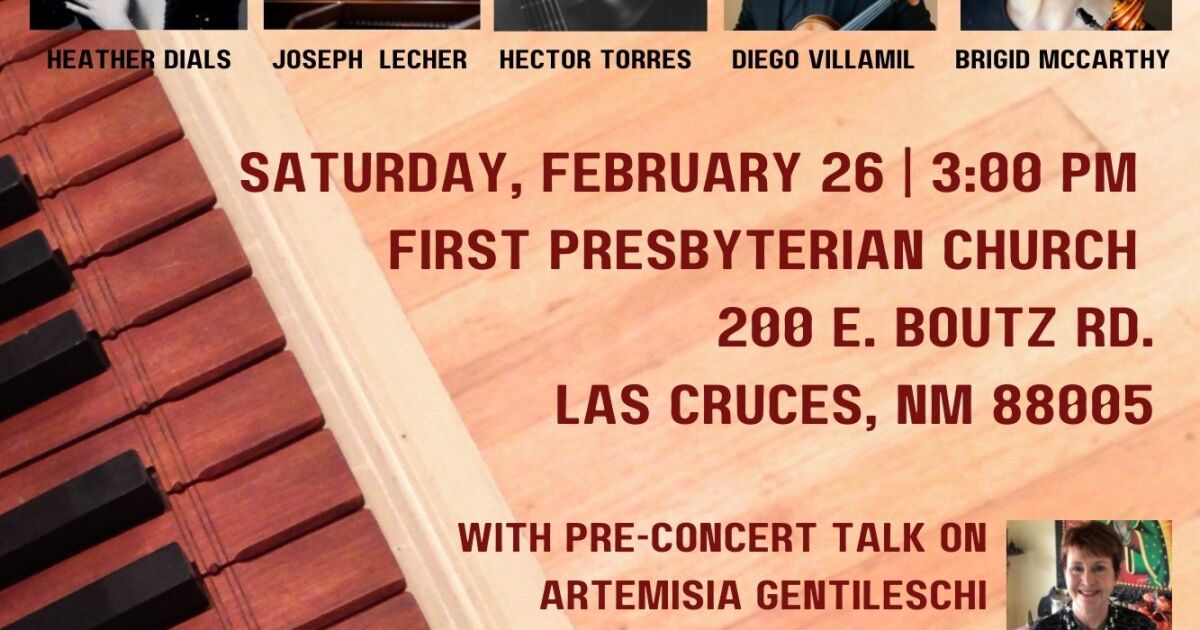 A concert dedicated to female Baroque composers is a rare treat, and this weekend Camerata del Sol will present two such concerts with music from Italy, Germany, France and Belgium. Although they may not have enjoyed the fame of Bach or Handel in later centuries, these women were accomplished and renowned in their day and their music increasingly found its way into programs and recordings. . The composers presented are Isabella Leonarda, Barbara Strozzi, Francesca Caccini, Elisabeth de la Guerre, Wilhelmina (Margrave of Bayreuth) and Leonora Duarte.

“Caccini and Strozzi turned out to be the most prolific – even today – of all female composers,” Dials said. “They wrote music for themselves [to perform]. They were both famous singers,” she said, adding that Caccini was the first woman to write an opera. Dials will sing two works by Caccini and Strozzi.

Lecher, who will accompany the concert on the harpsichord, will also be a soloist in a concerto by Wilhelmine, sister of Frederick the Great. He explained that the work was not discovered until the 1930s and a more complete version was found in 1997. Despite scholarly controversy over whether Wilhelmine wrote it, Lecher said: “It’s a great concerto. It’s a great addition to the repertoire we have as keyboard players, and I think it should be played by a lot more ensembles.

Listen to this extensive conversation about composers, emotion in Baroque music and performance style, improvisation in Baroque music, and more. Two Baroque specialists have come to Las Cruces as guest artists, theorbo player Hector Torres and Baroque violinist Diego Villamil. The concerts will be Friday, February 23 at 7:30 p.m. at the El Paso Women’s Club and Saturday, February 24 at 3 p.m. at First Presbyterian Church in Las Cruces. A pre-concert lecture on Baroque artist Artemisia Gentileschi will be given by Kathleen Key one hour before each concert.