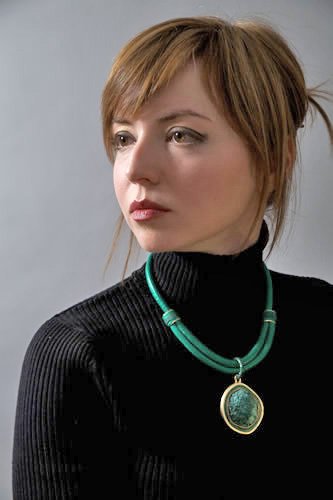 Before Mikhail Glinka (1804 – 1857) settled into the role of paterfamilias of the Russian national school, he took the aid of European classics and pre-romantic, so it is not surprising that his Trio pathetic for clarinet, bassoon and piano from 1832 resembled Carl Czerny (1791 – 1857), a decidedly underrated composer of over 1000 numbers, many of which combined winds and piano. Despite many unearned upsides in his upbringing, including, BSO Publications Director Robert Kirzinger tells us, a band of serfs at his disposal, the composer was not presented as a candidate for cancellation.

At Jordan Hall on Sunday, clarinetist William R. Hudgins, bassoonist Richard Svoboda and pianist Inon Barnatan presented the four movements of Glinka’s trio to the Boston Symphony Chamber Players in a brilliant, polished style that didn’t skimp on the enthusiasm and taste. The Allegro moderato (as well as the Scherzo that followed it) possessed a wealth of alternating fierce and light humor, as the imitations turned the tunes upside down in late-teenage profusion. Barnatan, clear and brilliant, dusts off his scales and arpeggios as if they mattered. The bassoon never weighed and the clarinet never screamed. Both separately and as a duo, the winds carved delicious lines. In the Largo, Hudgins sang an air of elegant desperation which Svoboda adopted into rustic domesticity; Elegantly ornate Barnatan. For every moment of silly liveliness, players found compensations of respectful glee.

Elena Langer, a former TMC Composition Fellow, “…is a character composer, interested in environment and mood, hence her attraction to opera. ” His Five reflections on the water, for ensemble (2019), in fact, “draws from his 2012 opera Songs at the Well in its fourth movement”, adds Kirzinger. Langer reminded us that water can have many qualities. It can come in the rain, or in the waves, and you can swim in it. The fact that we can hear these qualities pays homage not only to Langer’s ability to evoke impressions, but also to Rakitina’s clear immersion in the score and subsequent success in freely elucidating content while observing the marks tightly defined tempos.

Numerous solos of anticipation on an aerial floor with high strings opened the debates. The rustles and murmurs sometimes grew into brief general awakenings. Cellist Oliver Aldort arched over the start of the Adagio with great fervor. As Movement II, Bright and Lively begins, we hear Viennese waltzes filled with juicy slides, but the way Rakitina accentuated the upbeat beats gave it a modern edginess. Chirping winds and quivering strings, back in 4, swelled in very short coplandic explosions. After a lugubrious “Elegant”, the third movement, where the spotlights delighted in Michael Winter’s horn, the last nameless continued the enriching and committed concert sharing before melting into what I imagined as a distant and uncertain horizon.

During the time of the Soviet Union, Pravda had the power to elevate a career to most favored status or banish a composer to the gulag. We started the Spy in 2008, in part to reduce the possibility that a single voice of music criticism in Boston could make or break a career. In 1940, the shadow of Stalin’s boot always seemed ready to crush the unwary. Shostakovich’s work always seems troubled by this prospect, and he reads reviews with an anxious foreboding. Thus, he draws on grotesque, ironic, slightly humorous, modern, folkloric and (false?) Soviet triumphal overtones… often changing gears without warning. Sunday’s set, ever mindful of such contrasts, nailed those myriad mood swings in the op. 57 Quintet with piano. The pious opening of the watery strings gave way to a 3-section that combined schmalz with lye, to become soapy. Back at 4, he pleaded and cajoled demonstratively. The Fugue movement spoke loudly, especially when Aldort’s cello line featured. It was interesting to see how the viola (Cathy Basrak) sometimes went under the cello. The piano is presented as a 6 not quite independentand voice, rather selectively reinforcing. Eventually, all of this counterpoint resolves into a few chord moments before returning to individual lines. The Adagio part took on a very relaxed, almost tragic look.

Extroversion is back with the crazy scherzo—Dance of Death meets Prokofiev. Then, after a night of Lento, the shadows (and foreshadowings) reveal a probably unwarranted optimism, given that Shostakovich wrote the Quintet in 1940. A most pleasurable exhale and sigh closed the high-level musical creation of the afternoon.

Lee Eiseman is the editor of the Spy