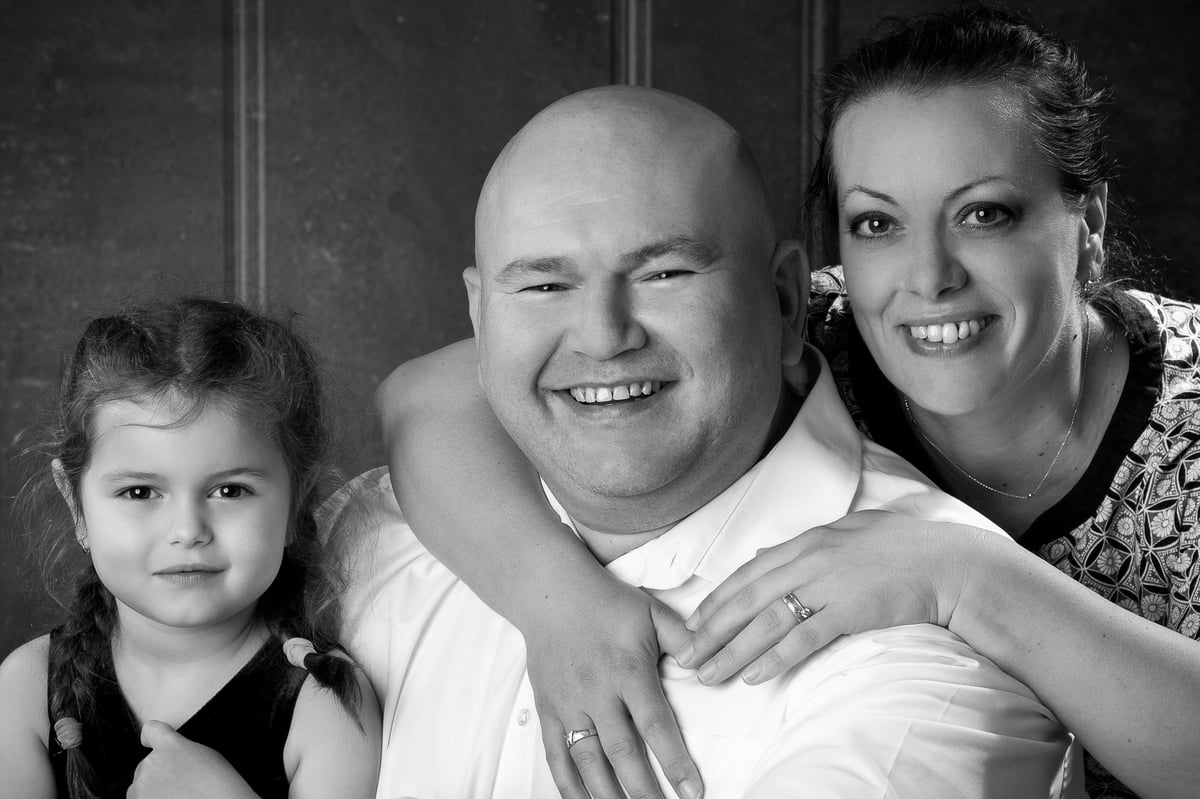 Grieving widow Zdena hopes The Sea Carries Away My Tears will reach No. 1 on the UKiTunes chart.

The song was one of the last written by Dunstable singer/songwriter Riccardo Criscenti before he died of a heart attack in January, after contracting Covid.

The demo disc he made was lovingly reconstructed and re-recorded by his friends at the famed The Songwriting Academy so that his lifelong dream of reaching the world through his music could come true.

Slovak-born architect Zdena struggles with mixed emotions as she listens to the song with their six-year-old daughter, Valentina.

“I feel excited and sad at the same time,” she explains. “I’m so happy that it reached number three within 24 hours of its release. He was an absolute perfectionist and it was his dream.

“But I’m so sad that he’s not here to share this achievement.

“I’m still very raw. He was always there when I needed him, he was really a family man.

“He was so full of life, so charming, so funny. He encouraged people and brought them together. He helped anyone – they didn’t even have to ask. He had a big heart and a huge smile.”

The couple met online 12 years ago and got married three years ago. He died on their wedding anniversary.

“Valentina has been through a lot in her short life,” Zdena says. “One minute she’s playing with a friend, and the next she’s really upset.

“It’s been a tough time for both of us. Rick’s birthday was earlier this month and it’s also Father’s Day.”

But she puts on a brave face and does everything she can to promote The Sea Takes My Tears.

“We were lucky to have all the lovely people at Songwriting Academy,” she says. “They worked with Rick on his music and like he always said, ‘I need just one song.’

“And it happened, thanks to Martin Sutton and his team.

Martin – the Academy’s founder and director – describes Rick as “a total character. A lively, positive and very funny man who was passionate about his music and an absolute joy to spend time with him.

“He was loved by students and mentors at the Academy and deserved a real chance to fulfill his lifelong dream – to reach the world with his songs.

“Music is about community, people and love, so it was the most fitting tribute we could pay to him and his family.”

All proceeds from sales of the single will go directly to his young family.

Rick, who was of mixed Sicilian and English descent, was born in Watford. He and Zdena lived in Hemel Hempstead before moving to Dunstable in 2018.

Four years earlier, he had given up his job selling golf clothes to focus on a career in music.

He started entertaining the elderly in nursing homes and the work poured in. He has also sung for young people with learning difficulties and played in an eight-piece band.

> You can buy The Sea Takes My Tears on iTunes or Amazon.