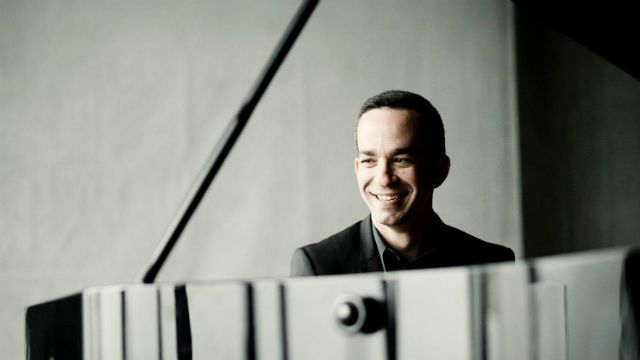 Back for a 36th year, the fourth under the musical direction of Inon Barnatan, the 2022 edition of La Jolla Music SocietyThe SummerFest is presented with the section “Under the Influence”, highlighting great composers with their music performed by some of the best musicians in the world.

Talk with San Diego weather, Barnatan pointed out that artists come to La Jolla every summer “not just to have fun, like going to the beach, but to interact and grow.” He added, “For me, producing SummerFest provides an opportunity to go beyond my own performance, giving real joy.”

And, in a prelude chat with La Jolla Music Festival Artistic Director Leah Rosenthal, Barnatan explained, “Everyone we bring here is the best of the best. We see how one voice influences another.

This theme could be heard during the opening night on Friday with two superb quartets, four violins in one and four pianos in the other. In the center was Barnatan, a world-renowned pianist, joined on four keyboards by the captivating Joyce Yang, the brilliant Garrick Ohlsson and the passionate Wynona Yinuo Wang.

But there’s plenty more to follow as the festival schedule below features a program lasting a total of four weeks until the end of August, with tickets available at The Conrad Performing Arts Center ticket office or on line.

August 3: “Under the Influence: Shakespeare’s World” – With music by Korngold and Beethoven, 7 p.m.

5 August : “A weekend in Paris: the salon and the masquerade” – Debussy, Chopin, Caplet, Ravel and Sarasate

August 6: “A weekend in Paris: The Conservatory” – Debussy, Boulanger, Franck, Messiaen and Fauré

August 26: SummerFest Finale, “Metamorphosis” – With music by Strauss and Schubert

In addition to the schedule above, lovers of classical chamber music have the opportunity to attend public rehearsals, workshops and meetings for a total of 70 free activitiesput together by SummerFest Director of Education, Allison Boles.

All of these events take place at the Conrad, although some reservations may be required and many will also be streamed live.

La Jolla resident Barry Jagoda was an award-winning NBC News and CBS News reporter who later served in the White House as President Jimmy Carter’s media aide. His new book on the Carter years is Travels with Jimmy Carter and Other Media Adventures.