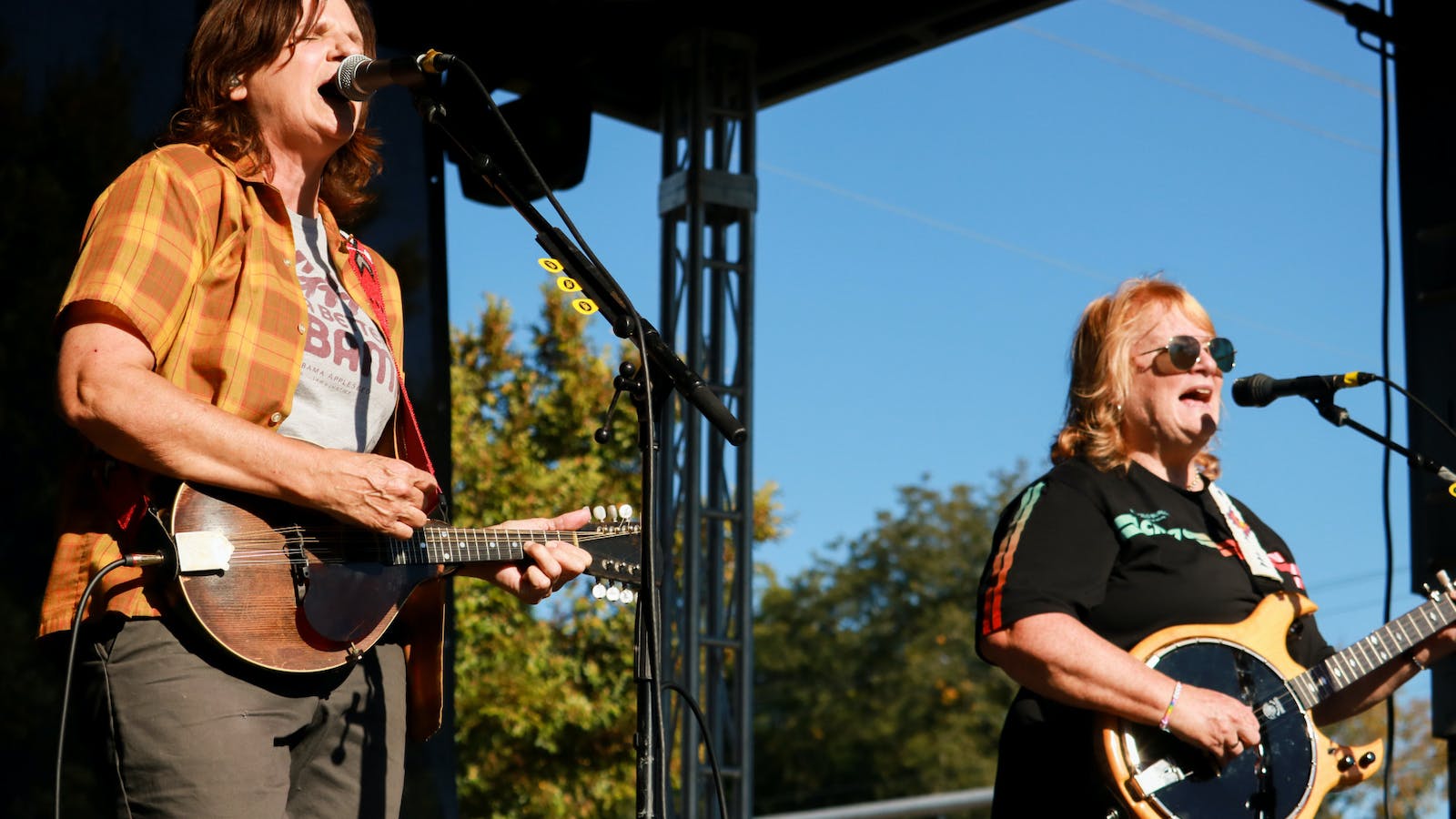 While Thursday was the official opening day of the festival, the main performances took place on Friday 14 and Saturday 15 October.

The main stage, at the intersection of North Seventh Street and North Railroad Avenue, was the center of the festival, but the event was a community effort. Venues in downtown Opelika, such as Resting Pulse Brewing and Market Street Paint Shop, opened their doors to the public and artists throughout the weekend.

On Saturday, attendees enjoyed the event with the historic Opelika as a backdrop and a cloudless blue sky above.

“How awesome is that? said Opelika resident Kathy Nist. “This little, little town, and we have all these people coming together, all this great talent, all these wonderful places that you can just walk to. You can walk to any place you want. You can come in. You can listen to as much music as you want. You can people watch. I mean, everyone is happy and excited. That’s wonderful.”

However, this was not a typical music festival where performers are escorted from VIP suites to stages in the back of luxurious limos. Instead, the space between performer and audience was so small that musicians finishing their set often enjoyed the next performer from a seat in the crowd.

“These are the best shows because people are there to listen to every word you sing. They’re there to connect with the songs and the stories behind them,” said songwriter and producer Jeff Coplan. “They’re really scary, sometimes it’s easier to play in front of 10,000 people, but that’s great. That’s the immediate connection we make as songwriters.”

Music wasn’t the only thing on offer during the festival.

Many musicians took time between sets to give workshops to budding songwriters and enthusiasts on topics such as “How to Stream Live.” One such event, titled “Guitar Tone”, was an intimate conversation at Heritage House between less than 20 festival attendees and two artists booked to perform on Saturday night.

The other was Cooper Carter, also a guitarist and production consultant who consulted for Taylor Swift, Metallica and Maroon 5. The audience included Carter’s wife and young children.

A few weeks before the festival, young artists were encouraged to submit a song for the Student Songwriters Competition. Their music had to be original and they had to be high school students. The winners performed Saturday, October 14 on The Sound Wall Music Initiative stage at the back of the John Emerald Distillery.

Brody Collins, 15, and Mia Rogers, 17, both high school students from Auburn, and Mae McKoy of LaGrange, Georgia, were the 2022 winners. The trio performed original music on a stage built in front of the distillery equipment which reflected the green and blue lights of the stage into the audience.

“It was amazing, you know? said Collins. “It could have been anyone who won, and getting an email telling me I had to play for a really cool festival, hosted by amazing people, it was just amazing.”

Rogers, whom Mitchell invited to a ‘jam’ on Saturday night, said: “I was selected as the last possible night, I was freaked out, but when I got the email, it was unbelievable.”

Opelika is not a likely stop on a grand round-the-world trip. However, the small size of the venues and the shared familiarity between performers and audiences provide experiences the State Farm Arena cannot emulate.

“One of the golden nuggets of an event like this is that you have the performer who actually wrote the song,” said Patrick Budjenska from Texas. “So one of the things that generates is a platform where they can get into what was the motivation, or what was the event, that led them to come to this song.”

Additionally, and true to its name, the Opelika Songwriters Festival allows artists to enjoy the work of others, laugh at their shared experiences and learn, all while being around people who come to enjoy their music.

Enjoy what you read? Get content from The Auburn Plainsman delivered to your inbox

“It’s an opportunity for seasoned songwriters to pass on some of their knowledge to maybe young people to help them pursue their desires,” Budjenska said.

Do you like this story? The Plainsman does not accept money from tuition or registration fees, and we do not charge subscription fees. But you can donate to support The Plainsman.

Ethan Flynn, a freshman in journalism and finance, is a reporter at The Plainsman.

Share and discuss “The Opelika Songwriters Festival returns for its third year” on social networks.

Is the tide finally turning for women composers at the symphony? : Misleading Cadence : NPR