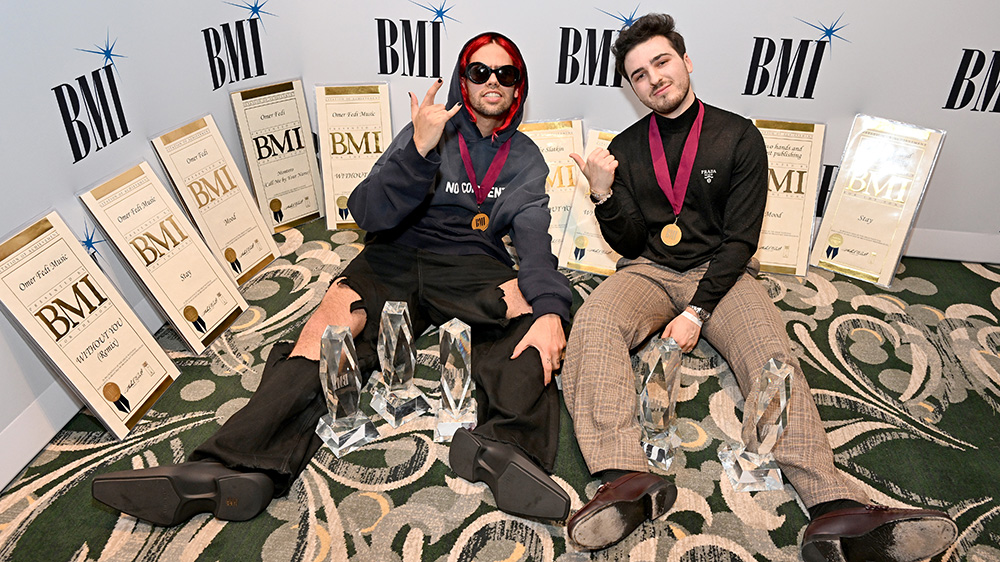 Hosted by BMI President and CEO Mike O’Neill and Vice President, Global Creative Barbara Cane, Carole Bayer Sager and Mike Stoller were honored as BMI Icons for their contributions as songwriters; their many credits include such classics as “Don’t Cry Out Loud” and “Hound Dog”, respectively. Both are members of the Songwriters Hall of Fame and have enjoyed successful careers in their craft for decades, as noted in their BMI presentations. In their honor, Ledisi performed Bayer Sager’s “Nobody Does It Better” and Anderson East delivered a moving rendition of Stoller’s “Stand By Me.”

But in a room full of other songwriters, composers and music publishers, one question preoccupied BMI members: when will today’s songwriters see fair compensation for their work and contributions?

Songwriter and producer Oak Felder, who worked on Demi Lovato’s “I Love Me,” shared his thoughts on the subject with Variety. “Songwriters don’t get paid enough and that’s something we need to address — period, point blank,” Felder said on the red carpet. “Songwriters come together and they help create these works – and if they’re not used or they don’t perform well, you don’t get paid. Ultimately, I want all songwriters to be able to earn a living wage. It’s something I’m definitely focusing on to make sure it happens.

Jozzy, who co-wrote Lil Nas X and Billy Ray Cyrus’ “Old Town Road,” and is currently working on Diddy’s new project (which was recently announced as a Motown project with Love Records), said, ” You know how they treat songwriters. The elephant in the room is that they really don’t give songwriters the same love that they give producers. But I’m helping that change with Justin Tranter and Julia Michaels; we are all part of the change. Songwriters certainly don’t get the respect they deserve financially and vocally.

When asked what needs to happen, Jozzy added, “We need to make artists feel comfortable writing with songwriters. The stigma, especially in rap, is that you’re not believable, but you have to show it to the fans. Fans should know that we don’t write these guys’ verses. It’s collaboration, but it starts with the fans to teach them, because everyone doesn’t know what a songwriter is. It starts with the business. The business is more writers need front-ends, as all producers do.

SlimXX, writer, producer and hype-man for Machine Gun Kelly, revealed that he was part of a committee similar to the 100 Percenters, which defends the rights of songwriters. “We are all fighting for the same thing,” he said. “Over the past week, over the next term, we will see a 32% increase. We are doing very good work. It’s a new term they do every five years, but we fought hard and now songwriters will get an additional 33% raise next year. SlimXX was referring to ongoing negotiations with the Copyright Royalty Board.

Michael Pollack, who worked on “Holy” and “Anyone” for Justin Bieber, described the current situation as the “wild, wild west.”

“The most pressing issue is that songwriters are not able to defend themselves and it’s not their fault,” Pollack said. “Songwriters would fight back if there was the opportunity, and that’s not the case right now. Some people try to make that happen, but until there’s movement made from rooms you can’t be in, songwriters are waiting to all come together And they’re ready, they just can’t now Everything needs to be more organized and structured for the songwriters -composers, in my opinion.

As for the artists most exciting the industry in 2022, Lil Nas X, Jack Harlow and The Weeknd topped the lists.

Pollack, who spent two days working with Lil Nas X, offered his take. “He’s an icon,” Pollack said. “He sees so much beyond what he has already done and what he is going to do. He is a visionary. I don’t think there’s a song he could do that wouldn’t feel authentic to him because he’s music. He is so stupid.

As a gay man, Pollack added that he identifies with the post. “[Nas] gets pushed back because he crosses lines that should have been crossed a long time ago,” Pollack said. “He’s brave enough to cross them and it’s really dope.”

Producer, engineer and mixer Roy Lenzo, who worked on Lil Nas X’s “Montero (Call Me By Your Name)” and “Industry Baby,” among other projects, agreed. “He pushes the boundaries,” Lenzo said. “He does what people have never done before in our generation. He is the leader of all these new people who are going to be up and coming. He inspires everyone.

Added Daniel Baptiste, half of the Take A Daytrip production team, who also worked on “Montero” and “Industry Baby”: “He’s fearless. This is the most important thing when creating, just to be fearless. It’s inspiring to be around someone who is like that.

The Weeknd was named a dream collaborator for several people in attendance.

David Stewart, who worked on BTS’s ‘Dynamite,’ said, “Look, you’ve got the Weeknd coming out naturally, coming out and being ambitious. Getting into concept ideas, whether it’s albums, outfits, everything To me, that sounds groundbreaking.

Iann Dior, who was honored for pop song of the year – 24kGoldn’s “Mood” – sharing the recognition with Omer Fedi, KBeaZy and Blake Slatkin, also sang the Weeknd’s praises: “What he’s doing in this time is amazing.” said Dior. “I’m still looking forward to what’s coming out next.”

Despite the lingering unease about COVID, the BMI Pop Awards drew a number of notable celebrities, including Courteney Cox, who accompanied her significant other, songwriter Johnny McDaid, and Addison Rae, portraying the girlfriend of Omer Fedi.