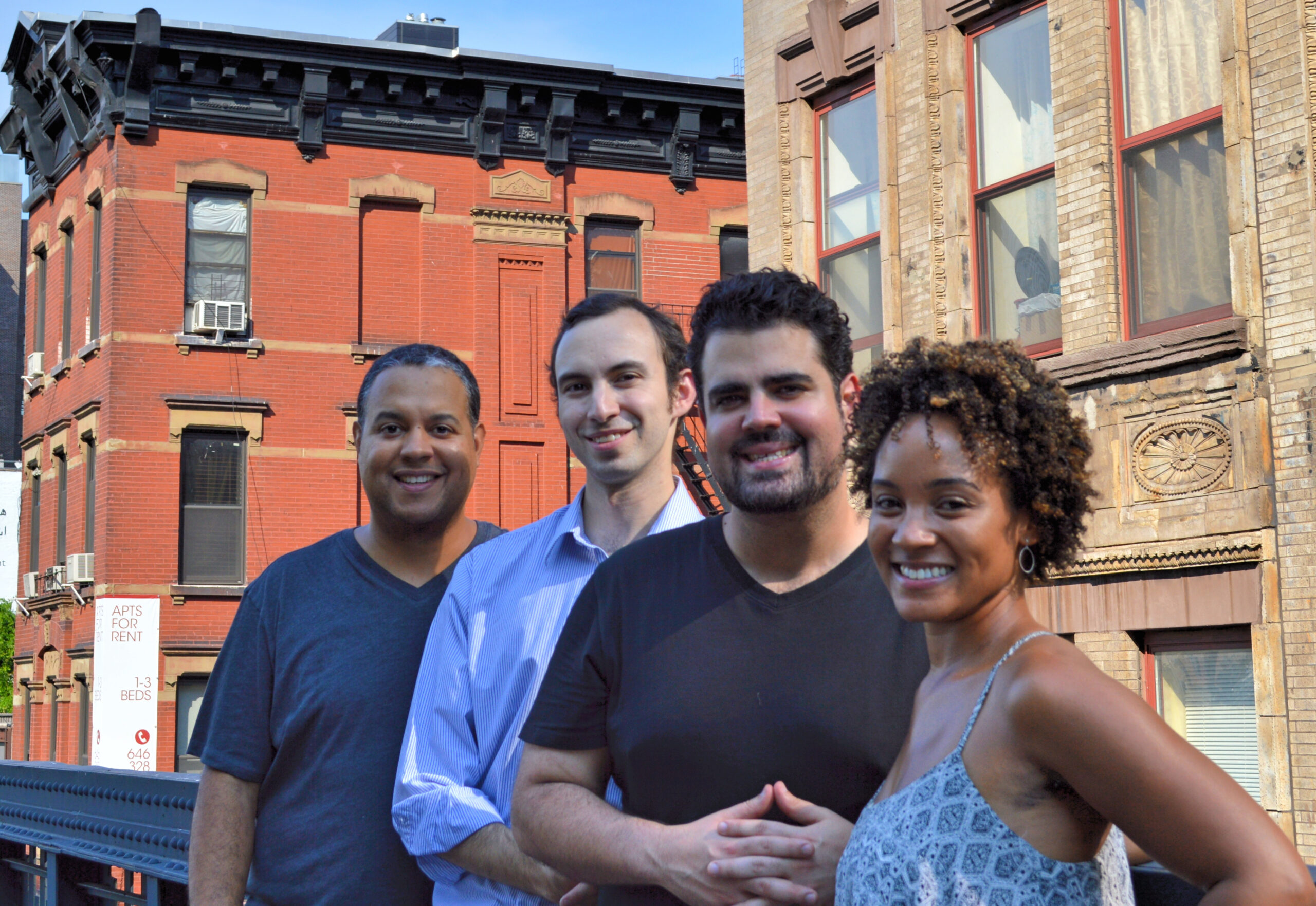 “Strings Evolving” is a motto of the Harlem Quartet, appearing in the free Payne Memorial Concert on October 2 at 3 p.m. at Hodgson Concert Hall.

Since 2006, the critically acclaimed ensemble has pursued its mission of performing music by underrepresented composers as well as familiar works. Along the way, they’ve worked with Grammy-winning jazz legends like Gary Burton, Stanley Clarke, Paquito D’Rivera and Chick Corea.

The quartet’s typically varied program for its UGA Presents debut is rounded out with quartets by Fanny Hensel (sister of fellow composer Felix Mendelssohn) and Claude Debussy, with jazz and Cuban music in between. Dizzy Gillespie’s ‘A Night in Tunisia’ swing is followed by the contagious Cuarteto in Guaguanco by composer and conductor Guido López-Gavilán.

The Payne Memorial Concert is named for Dr. William Jackson “Jack” Payne, former Dean of the Franklin College of Arts and Sciences, who founded the Franklin College Chamber Music Series in 1978. Payne had a great love of the arts, and his wish was that the college make a significant contribution to the cultural life of the university and the Athenian community through the chamber music series. In honor of his efforts, the Payne Memorial Concert is presented free to the public once per season (tickets are required).

There will be a free pre-performance talk at the Ramsey Concert Hall at 2:15 p.m.

Chamber music at the PAC

The Harlem Quartet is the first of four string quartets to appear at Hodgson Concert Hall this season. On November 20, the Schumann Quartet, including three brothers named Schumann, will perform music by Haydn, Beethoven and Charles Ives (his richly melodious First Quartet). The famous Emerson Quartet plays Beethoven during a January 10 leg of his farewell tour. And the Pavel Haas Quartet—called “the most thrilling string quartet in the world” by Gramophone magazine—brings quartets from Suk, Korngold and Dvořák to Athens on March 13.

Ticket buyers can create a series of five or more performances with 10% off.