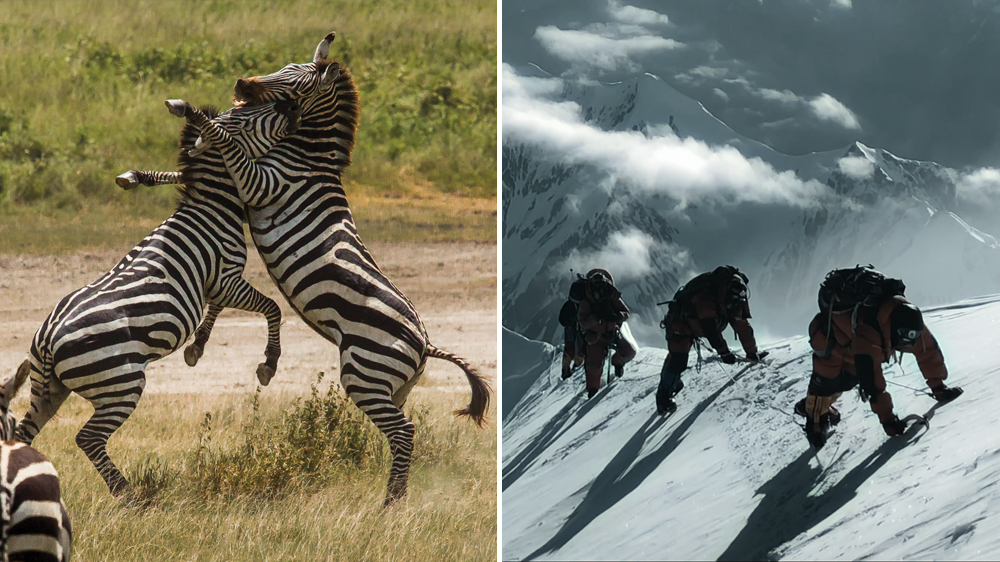 For years, music for documentaries has been an afterthought that came when there was little money left in the budget and little thought given to how music could help tell a story.

The times have changed. Today’s documentaries attract Oscar, Emmy and Grammy winners who are recruited early and have the resources to properly score these non-fiction gems.

Tom Howe (“Ted Lasso”) spent eight months on “The Mating Game,” the five-part BBC nature documentary airing on Discovery+. The filmmakers had seen “Farmageddon,” Howe’s “Shaun the Sheep” movie, and thought his comedic instincts might enhance their series on the mating habits of creatures around the world.

Howe wrote a versatile two-part theme that is heard throughout the series. It had a 50-piece London orchestra but accented moments with didgeridoo (for kangaroos), solid brass (killer whales), bowed electric guitar (seals), synthesizers (termites) and tribal percussion (gorillas) . The five days of recording at AIR studios in London were “five of the most enjoyable days I’ve had recording”, he reports.

“I always thought of it as a series of shorts,” Howe says, adding that, in most cases, he didn’t feel the need to recognize distant places via music. “All I really cared about was the characters and trying to support them musically.” And veteran British naturalist David Attenborough’s narration was equally inspiring: “His voice is almost musical, isn’t it?

“My role,” says the two-time Oscar nominee (and whose opera “Fire Shut Up in My Bones” recently debuted at New York’s Metropolitan Opera), “is to be the emotional glue that ties the stories together. , not to point anyone in a certain direction. I try to be with the person being interviewed, not to comment on what they say.

Blanchard recorded several soloists (including himself on trumpet) and added a 30-piece orchestra in Nashville. “There may be different melodic themes for each person and subtle nuances when an emotional shift occurs, but it’s not like a movie where I’m actually trying to make a statement.”

Nainita Desai, composer of “14 Peaks: Nothing Is Impossible,” the Netflix documentary about Nepalese mountaineer Nirmal Purja scaling the world’s tallest mountains, has “never written something so epic or so inspiring visually,” she says. “It was a huge challenge, musically, to try to match the scale of the imagery.”

“We were going towards a symphonic sound because we thought that by writing with broad brushstrokes we could respect the physical scale, but also, by using strings, we could bring it down to a singular element, with the violin alone, for example,” especially in scenes with Purja’s mother, she notes.

Additionally, Desai musically alluded to the key role of the Sherpas, “who were never truly recognized for their contribution to mountaineering”, asking his musicians from the London Contemporary Orchestra for the harsh, raspy sound of string playing from ‘Central Asia. “And modern and extensive techniques with the strings, to create this wild and chaotic rawness that reflected the brutal and hostile landscape,” she adds.

The former sound designer also cites the importance of silence in a film like ’14 Peaks’. “For me, silence is also music,” she says. “The snow, the atmosphere, the wind, you need a balance between the found sounds and the music.”

Mychael Danna (“Life of Pi”) and Harry Gregson-Williams (“The Last Duel”) have joined forces to score “Return to Space,” the Netflix doc about Elon Musk’s SpaceX mission to put America back in the space race via privately funded flights to the International Space Station.

Danna previously served as composer-in-residence at Toronto’s McLaughlin Planetarium, and Gregson-Williams composed “The Martian,” so they both had prior experience with space projects.

“We were clear on that from the beginning, in the sense of exploration, hence the use of synthesizers, which came at the same time as the first moon landing,” explains Danna. “We wanted to do something bold and fearless, reflecting the material.”

Bob and Doug, the two SpaceX astronauts, needed their own themed material, notes Gregson-Williams. “Elon Musk is a fascinating guy,” he notes, but the astronauts “are very close. They leave behind young families. Sharing music files via the Internet, the composers exchanged musical ideas and eventually added a string section for a stronger emotional connection with the people depicted.