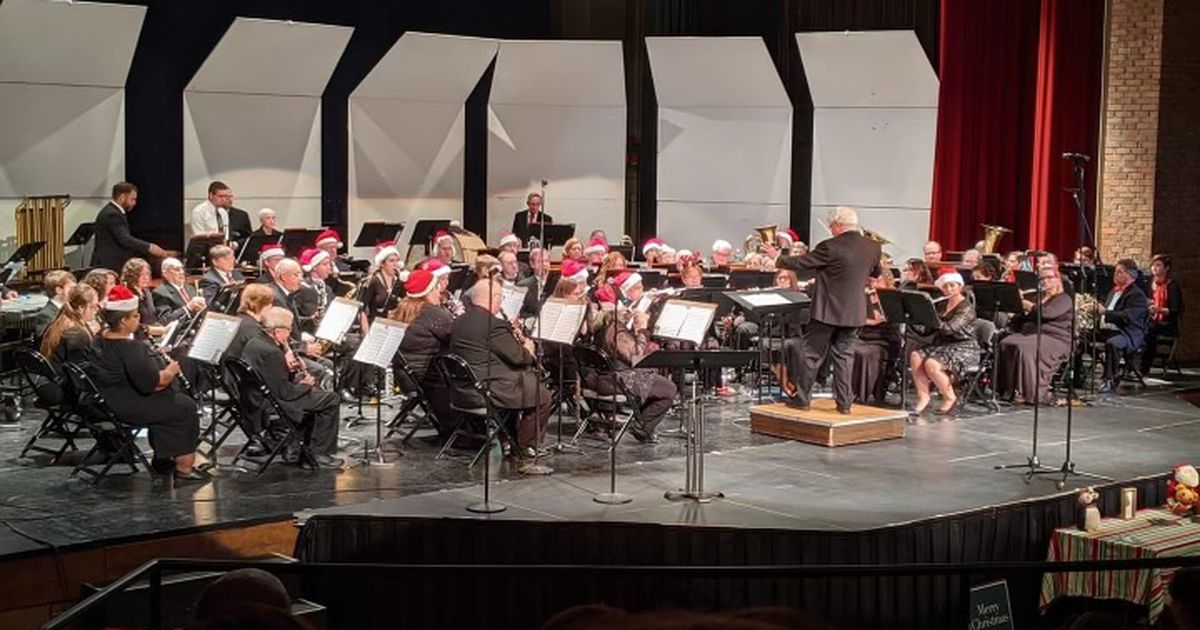 Other highlights of the first part of the program include “English Folk Song Suite”, “Aurora Borealis” and “Folk Song” of Armenian folk song and dance.

The first half of the concert will conclude with a veteran’s tribute and service member recognition as the band performs “Armed Forces Salute”, a song arranged by Bob Lowden. There are veterans in the group as well as in the audience.

“The ‘Armed Forces Salute’ goes through all the different branches of service, and as we play, veterans are asked to stand up and be recognized,” Nichols said, “They appreciate being thanked, not only verbally, but with musical selection.

After a brief intermission, the group will continue with “Fanfare for the Common Man” by Aaron Copland; arranged by Robert Longfield.

All of the pieces in the second half were composed or arranged by great American composers and arrangers. The iconic “Fanfare for the Common Man” was originally written for a small brass band and was commissioned by the Cincinnati Symphony Orchestra. It was created by the CSO in 1943. The arrangement that the SOSB plays was written for a full orchestra.

The second half of the concert will also feature “Symphonic Suite from Star Wars: The Suite Awakens” by John Williams; arranged by Jay Bocock, followed by “Lerner and Loewe In Concert” by Alan Jay Lerner and Frederick Loewe; arranged by Warren Barker.

The program will end with another patriotic song, “America, The Beautiful” by Samuel Augustus Ward; arranged by Warren Barker. There will also be a surprise encore.

“You won’t leave our concert without hearing something you love to hear. Not everyone likes everything, but we try to accommodate everyone on stage as well as people in the audience,” Nichols said.

He said the selections for each gig are a combination of standard pieces the band has played over time, as well as new music, such as newly composed new pieces.

“Each piece has a different story and a different style to play. It’s more of a traditional program, but the second half gets pretty diverse in terms of what you’re going to hear,” Nichols said.

With approximately 68 members, SOSB performs three concerts each season at the Dave Finkelman Auditorium. In addition to their regular season, the band will perform an outdoor summer concert at the Keehner Park Amphitheater on Saturday, June 4 at 7 p.m. Keehner Park is located at 7221 Barret Road in West Chester Twp.

How to get there

What: “Folk Songs and Favorites” presented by the Southwestern Ohio Symphonic Band