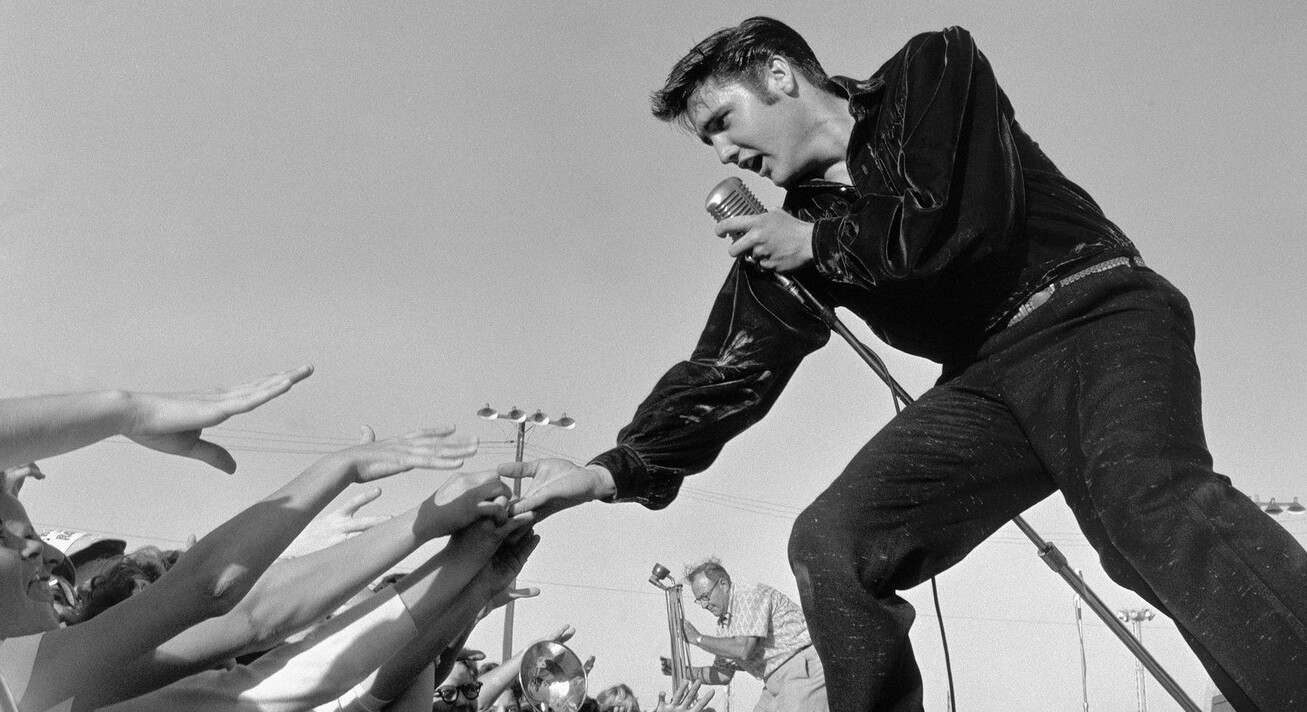 Songwriters Mike Stoller and Jerry Leiber had written several hit songs by the mid-1950s, and Stoller decided to take a vacation in Europe. He returned from Europe on the Andrea Doria and was aboard the ship on the night of July 25, 1956 when it sank off Nantucket.

He survived the crash and when he arrived at the New York docks, his songwriting partner was there. He didn’t ask her a single question about the ordeal; he had only one thing to say to her.

The duo had written the song for Big Mama Thornton, an R&B artist in 1952.

“Mama Thornton has the number one song in the country?” Stoler replied

“No. A white guy from Tennessee named Elvis sings it now,” Leiber said.

Stoller recalled the story of the first time he heard of Elvis singing “Hound Dog” during the week-long Elvis Week in Memphis celebration at Graceland. Stoller, 89, and Leiber, who died aged 78 in 2011, wrote songs performed by the Drifters, Rolling Stones, Beatles, James Brown, Frank Sinatra, Jimi Hendrix, Ray Charles and more. others.

After the success of “Hound Dog,” the songwriters reunited with Elvis and Colonel Tom Parker. There was immediate unease between the duo and Parker, but they quickly warmed to Elvis.

“We hit it off immediately,” Stoller said.

Stoller and Leiber went on to write several songs for “The King of Rock-n-Roll”, including “Jailhouse Rock”, “Love Me”, “Don’t”, and “King Creole”, among others.

Despite their successful collaboration, Parker grew weary of the influence Stoller and Leiber had on Elvis, Stoller said. In the early 1960s, the two tried to convince the musician to take on more serious roles in his acting career and when Parker found out about it, he ended the relationship.

“It was sad that we had a falling out with Colonel Parker…we never worked with Elvis again,” Stoller said.

Another musician and songwriter from Memphis in the 1950s had a connection with Elvis long before they met, but it was a competitive one. Dickey Lee’s song “Dream Boy” quickly rose up the charts, but there was only one problem. He was consistently beaten by “All Shook Up,” he said.

Lee continues to perform to this day, but he made his mark on the music industry as a songwriter. He wrote the song “Memphis Beat” which is considered the most popular song ever written that includes the city of Memphis. The most popular version was sung by Jerry Lee Lewis. Lee and Lewis are the only two musicians who recorded at the famed Sun Studios who are still alive, Lee said.

Lee would go on to write hits such as “The Keeper of the Stars”, “She Thinks I Still Care”, and “Let’s Fall to Pieces Together”. Elvis wanted to meet Lee after the success of “Dream Boy”.

The only thing he remembered from the first trip to Graceland was that Elvis wanted to make him a vanilla milkshake.

Another Elvis-linked songwriter who spoke at the Elvis Week celebration was Billy Swan. Born in Cape Girardeau, Mo., he moved to Memphis in the 1960s when he was 19 years old. A chance conversation with Elvis’ uncle, Travis Smith, led Swan to rent Smith a room.

Later in his career he would write hit songs such as “I Can Help”, “Polk Salad Annie” and play with musicians such as Kris Kristofferson, but he struggled early to find work in the industry. in Memphis.

This was compensated by the few occasions when he was able to spend time with Elvis. Once he rented a skating rink and invited Swan to skate. During these skating sessions, Elvis and his friends enjoyed bumping into each other and knocking each other over.

As Swan came around the rink, a man prepared to knock him down, but Swan surprised him and knocked him down. Within moments, Swan realized that Elvis was hiding behind him. The king lunged at Swan and he hit the ground.

When Swan got up, he realized that his pants were torn at the crotch. Elvis was sitting in the stands with his wife Priscilla when Swan approached.

“Elvis, should I go? I tore the crotch of my pants,” he said.

“Do you wear underwear?” He asked. Swan replied. “Yes. Boxers.”

“Then you can stay,” Elvis said, laughing at the young man.

Despite all the success Stoller had, he said he would never forget when he arrived at the dock and learned that Elvis was singing “Hound Dog.” What might surprise some fans is that he actually prefers the Big Mama Thornton version, he said.

The song is meant to be sung by a woman to a man. But, Elvis’ version ended up growing on him.

“After selling 8 million copies, it started growing on me,” he said.