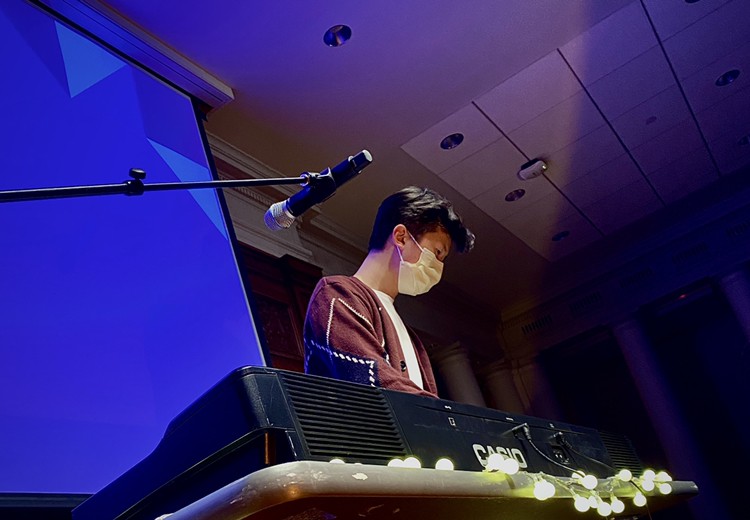 Last term, communications junior Eddie Ko was walking through Kresge Hall when an idea occurred to him: what if classrooms along a hallway were transformed into intimate music rooms? Shortly after, Kresgepalooza was born.

Ko, the co-chair of Northwestern’s Songwriters Association, said he wanted to create an event that would be a comfortable, relaxed space for students to perform their original music.

“There are so many talented students on campus who are singer-songwriters, composers, arrangers, producers,” Ko said. that there is a lack of talent or interest.”

SWAN will host Kresgepalooza on Friday as its main spring show. More than 20 acts are programmed, all are students of NU. Five classrooms will be color-coded with stage lights to indicate the type of music: Yellow Room for bands, Blue Room for singer-songwriters, Red Room for all genres and Dark Room for DJs.

Some students, like McCormick junior Huma Khan, will be performing their music for the first time. Khan said she hadn’t told people about her songs until recently, but she sees SWAN and Kresgepalooza as low-stakes opportunities to share her music.

“I had ultimately wanted to play in cafes or find gigs,” Khan said. “I just didn’t have the means to do it. But then they ended up creating this club.

SWAN officially started during the Winter Quarter, and Kresgepalooza will be the club’s first major event. McCormick’s sophomore Donny Batts, who will perform as a DJ, said the organization doesn’t have the barriers that even non-major orchestras and ensembles can.

He described the club’s general meetings as welcoming jam sessions for musicians of all levels and from all academic backgrounds.

“I’m McCormick – it’s like the furthest you can be from Bienen,” Batts said. “I have a SWAN meeting for five or six hours, but the rest of the day I do calculations. For an hour, I work on the music, so it’s a good break.

For her Kresgepalooza set, Fu said she deliberately included songs with Mandarin lyrics. As a linguistics major, she said she sees music as a way for people to learn about cultures and languages.

“I grew up bilingual and listened to a lot of East Asian songs.” Fu said. “I hope I can be that kind of representation, or at least get people to hear the music of this country for the first time.”

As a new organization, SWAN is still experimenting with what the club wants to be, Ko said. He said people should keep an eye on the group as they have a lot of ideas for the future. Possibilities include pairing students to form bands and transforming SWAN into a music label for NU students.

But for now, Ko said he hopes Kresgepalooza allows musicians to see people react to their own work.

“It’s so cool to see something you wrote on your bedroom floor resonating,” Ko said. “I just want to help facilitate that.”

— Musician of the Week: Singer-songwriter Ava Earl learns to smell roses with her latest album

Leitrim’s Aspiring Songwriters: Ability to Record and Film Your Song