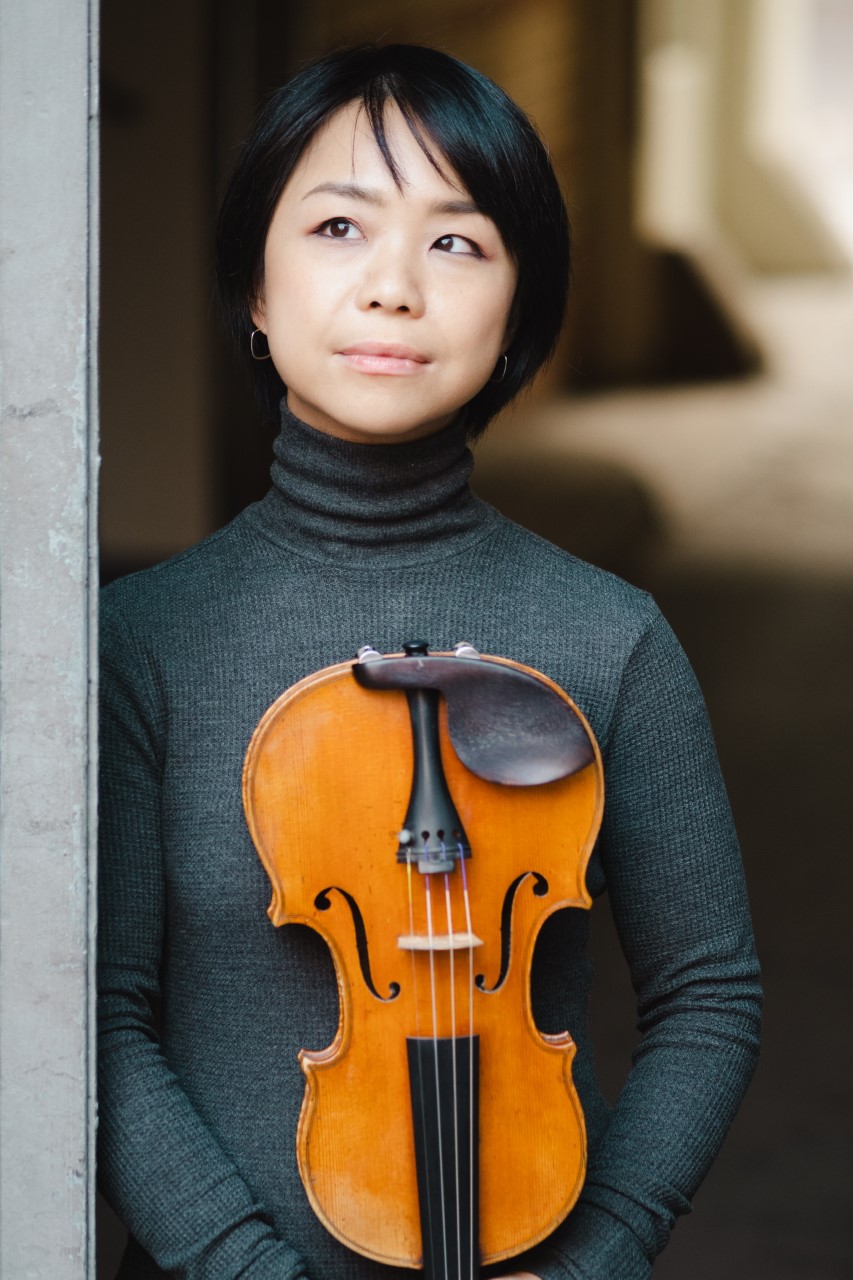 Salon Seance brings composers back to life in a multimedia performance

It’s an open secret that the best classical musicians talk to the dead. Usually it’s up to the composers. Oh, it might not take the form of real dialogue (“Hey, Mendelssohn, about that third movement…”). But when a performer studies a score in depth, they are usually faced with mysteries as to what certain marks mean or why the composer chose to write a certain passage in a particular way. Before you know it, inquiries are sent in a vacuum.

With their Salon Seance project, artistic director Mari Lee and researcher Simon Lee allow a more complete realization of this search for communication and understanding across the boundaries of time. In their past productions, which combine music, media and theatre, Salon Seance has summoned Schoenberg, Britten and Janacek. Their last session, entitled “La fin des temps”, focuses on Olivier Messiaen and his emblematic work “Quatuor pour la fin des temps”, written in 1941 while the composer was a prisoner of war. Friends of Chamber Music presents two performances at distinctly non-classical venues: Saturday, November 19 at the Sanctuary for Independent Media in Troy and Sunday, November 20 at Linda in Albany.

“When you’re trained in this, you’re trying to perfect your craft,” Mari Lee said. “We only come to the stage of questioning the score much later, when we pass from the status of distinguished musicians to that of artists. This transition and this journey is what we do in Salon Seance and we allow the public to discover what is going on in our heads.

“We treat composers like real people with feelings and desires they want to express through the score,” said Simon Lee.

It’s hard to tell if the term “seance” is being used metaphorically or if something mystical or supernatural is being attempted. During our Zoom interview, with Mari in New York and Simon in Tokyo (they are siblings), they used terms like ritual, spirit, channeling and medium without apparent irony or artifice.

Mari Lee said that these conventions and practices are already components of high-level musicality. “Whether you’re a musician or an actor, unless you’re writing your own play, you’re embodying someone else’s life, body and intent. With Beethoven or whoever it is, I channel not only the composer but also the spirit of his time.

Pressed for more details on what will actually happen, Mari Lee fell back on a line I hear frequently in interviews with theater people but never from musicians: “Well, we don’t want not say too much.”

Here is what I learned. There is a script but not everything that happens is set or scripted. There is a sound design to convey affects, but the heart of the work is Messiaen’s quartet. The piece is in eight movements and there will be speech during the interludes and occasionally over the music.

Nile Assata Harris, a New York actor, will serve as a medium, a kind of master of ceremonies. “She’s the main facilitator of the session, the main medium of the session, and the musicians are mediums at large,” said Mari Lee, who describes parts of the script as storytelling.

Each of the four performers – clarinetist Yoonah Kim, pianist Henry Kramer, piano, violinist Mari Lee and cellist Mihai Marica – has speaking parts. Simon said, “They embody the original performers of the quartet in 1940. We want the musicians to dialogue with these people from 80 years ago.”

As for what the spirits might be talking about, there’s a rich and touching history to “Quartet for the End Times,” as the title suggests. The composer was a member of the French forces in World War II when he was captured and imprisoned in the summer of 1940. Although he composed very little chamber music before or after this period, the quartet was wrote for other imprisoned musicians. Messiaen himself played the piano role in the premiere which took place in the camp.

The eight movements can be considered meditations and the inspiration for each comes from passages of Scripture (Revelation 10:1-2, 5-7) which are inscribed in the score. These types of religious references and allusions are common in Messiaen’s work and reflect his unwavering Catholic faith.

While the lines of Revelations seem to depict an apocalyptic future, Simon Lee emphasized the importance and mystery of time for prisoners. “Being a prisoner of war is a state of uncertainty,” he said. “You don’t really know when the war will end and your access to information is very limited. Time stopped. »

Joseph Dalton is a freelance writer based in Troy.

Editor’s note: An earlier version of this story misidentified the full roles of Mari and Simon Lee and cellist Mihai Marica.