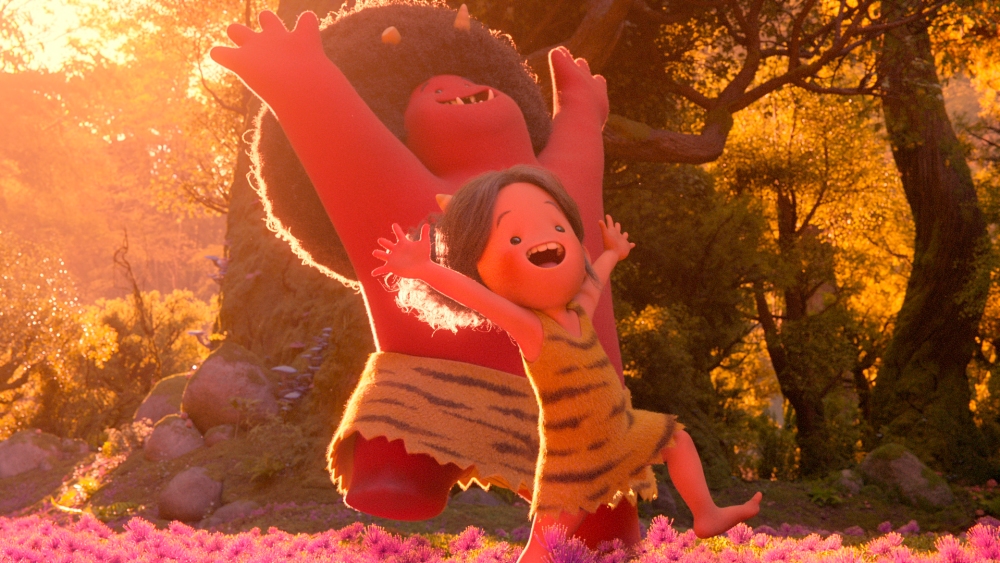 For composers Zach Johnston and Matteo Roberts, music is never an afterthought in storytelling.

The duo, known collectively as Pep Magic, is the source of the score for Netflix’s new animated series, “Oni: Thunder God’s Tale”. Based on Japanese folklore, it follows the story of Onari, a free-spirited girl living among the gods and mythical creatures of Mount Kamigami. This includes his father Naridon, who wields his thunderous power through his taiko (“drum” in Japanese).

Johnston and Roberts collaborated with creator-director Daisuke “Dice” Tsutsumi in the early stages of “Oni”, allowing the music and visual concepts to directly draw inspiration and improvement.

“I think about visuals almost musically in a weird way, so I need their help even when writing a story or doing a painting,” Tsutsumi said. Varietyhighlighting how Johnston and Roberts are just as much filmmakers as composers.

“Our number one concern is that I want to make sure that we respect Japanese music, but also make it our own,” says Johnston.

With Tsutsumi’s support and guidance, they felt comfortable enough to explore the mythological world of “Oni” through music, spending countless hours researching the art of taiko drumming and traditional Japanese scales. . Tsutsumi also provided the composers with personal reference material: folk songs and chants he learned as a child in Japan.

“I think when they come back with their intuitive approach and a solution, it often feels authentic,” Tsutsumi says. “And the reason I can say that is that it always makes me nostalgic when I hear the melodies they created for this show.”

The score features renowned Japanese flautist Kei Sakamoto and taiko player Shuichi Hidano; these musicians were recorded live in Japan while Johnston, Roberts and Tsutsumi oversaw the production remotely from California. For Tsutsumi, it was crucial to involve a myriad of Japanese artists for the anime epic.

“We still had a chance to be interactive with them and give them feedback after every take,” Johnston says of the musicians. “But it was really cool to get a few takes out and let them do their own. [thing].”

“The ideas were there, of course, but they really elevated that with their deeper understanding and experience of this music,” adds Roberts.

From shakuhachi to shinobues, Sakamoto tested over 40 Japanese flutes for the score, only 10 of which made it into the final recording. If a traditional shinobue was missing an octave, she would build herself a custom instrument to complete the melodic phrase.

“She brought so much emotion to the tracks, I feel like we were all trying not to cry the moment she started playing,” Roberts said. “The taiko and the flute brought so much humanity and warmth to the score.”

Ultimately, the harmony between the score and the visuals was crucial in illustrating the fantastic elements and enigma of “Oni”, from the landscape of Mount Kamigami to its inhabitants.

“I really like seeing the themes change as the characters develop – it’s really rewarding and it’s very emotional,” says Johnston. “I feel like we spent two years with these characters, so the themes are seared into our brains.”

“They are storytellers,” adds Tsutsumi. “What matters to me as a director is that, emotionally, it has to be honest – in the scene, to the characters. They always prioritize the emotion of the stage, and that’s what makes these two guys the most amazing songwriters, in my opinion.

Below, Tonko House shares a clip of the “Rhythm of Mother Nature” from “Oni: Thunder God’s Tale,” now available to stream on Netflix.

MLC paid $700 million in royalties to songwriters and publishers – Billboard