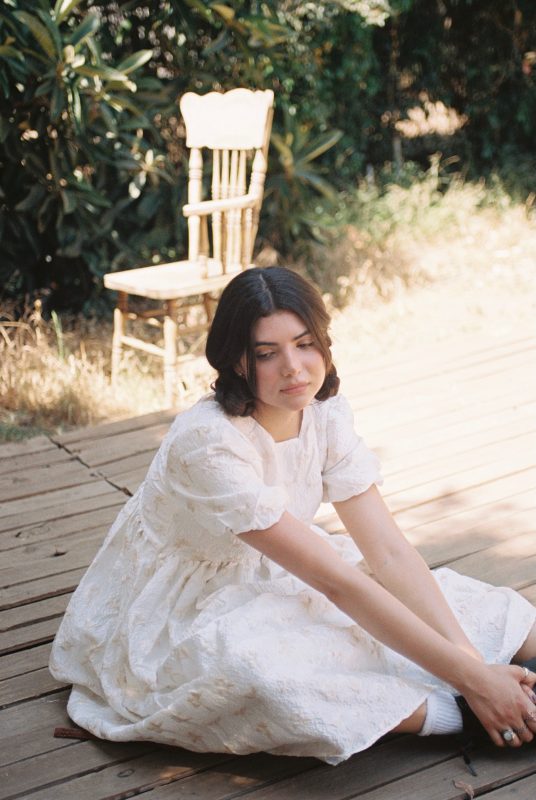 Brands may only have released two singles so far, but the cathartic eloquence of his music is beyond doubt. Her first single “Bell,” a singing folk drummer reinforced with dark horns and his own soft whispers, revealed his need to translate personal conflict into opportunities for collective healing.

Ironically, the loneliness of being an only child pushed Marques into songwriting, influenced as she was at an early age by everyone from Joni Mitchell, Joan Baez and Stevie Nicks. Writing down her thoughts on everyday life and her favorite movies or books eventually led her to writing her own songs – as well as for others. The fixation of her music so far has been to cast a warm light on the fears that once tormented her.

Even the lyric video for her single “Bell” is a soothing experience, shot like a nostalgia-laden home video. Not to mention lush instrumentation that swells right alongside the fiery tenderness that springs from Marques’ lyrics.

Marques’ second single “Towel” is no less curative in its melodic arrangement. But this time she shows a more self-eviscerating side, a side that takes an intimate look at the ugly hatred we often direct at ourselves. “Honey, can’t you see, they wouldn’t care if you left,” she coos to the sound of acoustic guitars. “If I’m honest, I’m never really honest, with anyone but myself.”

The two bachelors are at the heart of the effects an isolated childhood had on Marques. But they also help normalize the troubles each of us face emotionally and mentally every day, especially in terms of having honest and meaningful conversations about them.

Visit Ada Marques on her Facebook and Instagram to stay up to date on new releases and tour announcements.