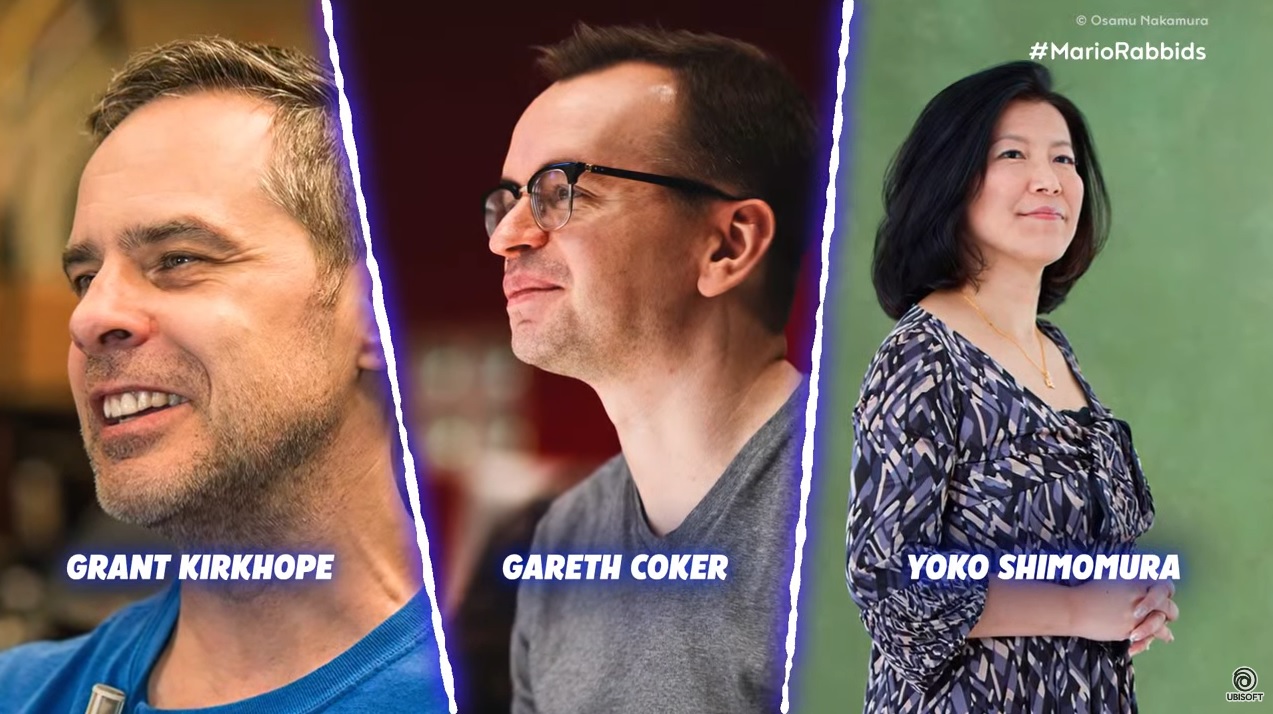 Japanese composer Shimomura’s songwriting credits include Street Fighter II, Super Mario RPG and Kingdom Hearts, while British composer Coker has composed works for Ori and the Blind Forest, Ori and the Will of the Wisps, Ark: Survival Evolved and Halo Infinite.

“Music has always had a huge place in Mario + Rabbids,” Soliani said. “It’s especially important to make the game’s planets feel alive and the battlefield feel tense, and we need exceptional musical scores to create that.

“So, I’m very happy to confirm the return of my dear friend, the super talented Grant Kirkhope, as composer for Mario + Rabbids Sparks of Hope.

“But he won’t be alone this time around as we have assembled an exceptional team of talent from around the world.

“He will be joined by Gareth Coker and Yoko Shimomura, two phenomenal songwriters whom I am more than proud to have on our journey now.”

The game’s composers were confirmed during an in-depth preview of the upcoming Switch sequel, seen above. A new intro trailer for the game can also be seen above.

Ubisoft announced on Tuesday that the release date for Mario + Rabbids Sparks of Hope is October 20, 2022.