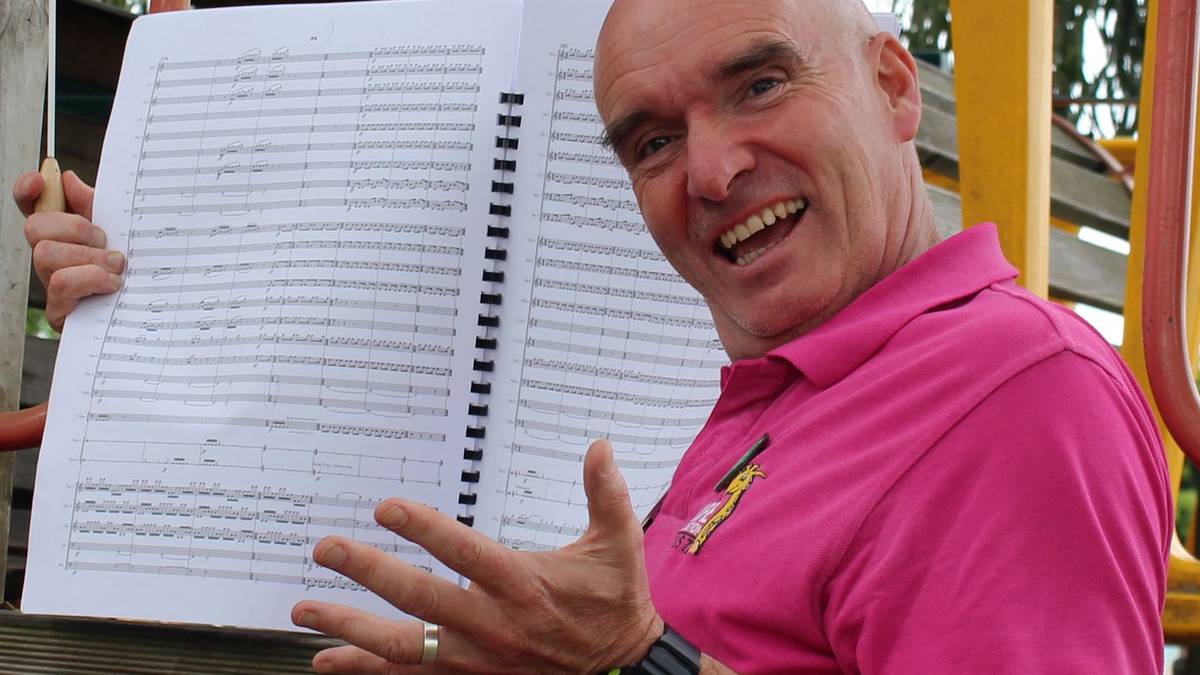 If you think orchestral music was only composed centuries ago in Europe by men with funny hair, think again.

Sunday’s Manawatū Sinfonia concert is a celebration of New Zealand composers, three of whom hail from Palmerston North.

Conductor Tim Jones says the sinfonia has never had a concert of New Zealand-only composers before.

Four of the pieces were written in the last two years – music fresh off the presses, he says. Two of the plays will be world premieres.

The concert will open with Eric Biddington’s classic overture. It will be the New Zealand premiere of the Christchurch composer’s work with its “lovely, breezy overture”.

Next comes the world premiere of Nick Hunter’s Piano Concerto, which Jones describes as bold, edgy and thrilling. Hunter is a piano teacher at Palmerston North and will be the piano soloist for this work on Sunday.

Jones says Piano Concerto has many contrasts in mood and he appreciates the cleverness of the way it is written and the way it uses instruments, including the extremes of the piano keyboard.

Next comes We Yearn to Tell Stories by Sai Natarajan. Natarajan is part of the percussion section of the sinfonia.

Jones says We Yearn to Tell Stories is a beautiful, measured piece with nice contrasts between loud and quiet.

“Everyone I play this to falls in love with it.”

Craig Holdaway’s The Undertaking of a Quest will also have its world premiere. A former bandleader, he plays cornet and trumpet and, like Hunter and Natarajan, lives in Palmerston North.

Jones describes the piece as cinematic with the heroic and exciting fast sections and the lyrical and melodic slow sections. The timpani and the snare lead the piece.

The penultimate piece is Mountain Rescue by the late Douglas Lilburn, written for the 1950 New Zealand film Journey for Three. Mountain Rescue traces the journey of rescuers on a glacier. Jones says there are great storming moments for the orchestra in this atmospheric piece.

The finale is David Hamilton’s Elysian Fields. He comes from Auckland to hear the premiere of his work in Palmerston North. Elysian Fields was written for the Auckland Youth Orchestra and has a tubular bell solo – think glockenspiel but on its ending.

“It’s a big, big chunk,” Jones says. “It will literally take the roof off at the end.” Think triple strong: very very strong.

About 45 musicians are needed for this concert.

Jones is usually a percussionist and occasionally leads the sinfonia. His last stint in the baton dates back to 2019 for Last Night of the Proms.

Jones, who is an educator for Life Ed Manawatū, started in 1987 with the Manawatū Youth Orchestra. His clarinet hearing wasn’t good but bandleader John Schwabe put him in the percussion section and the rest was… music.

How Britain Censored German Composers During World War I