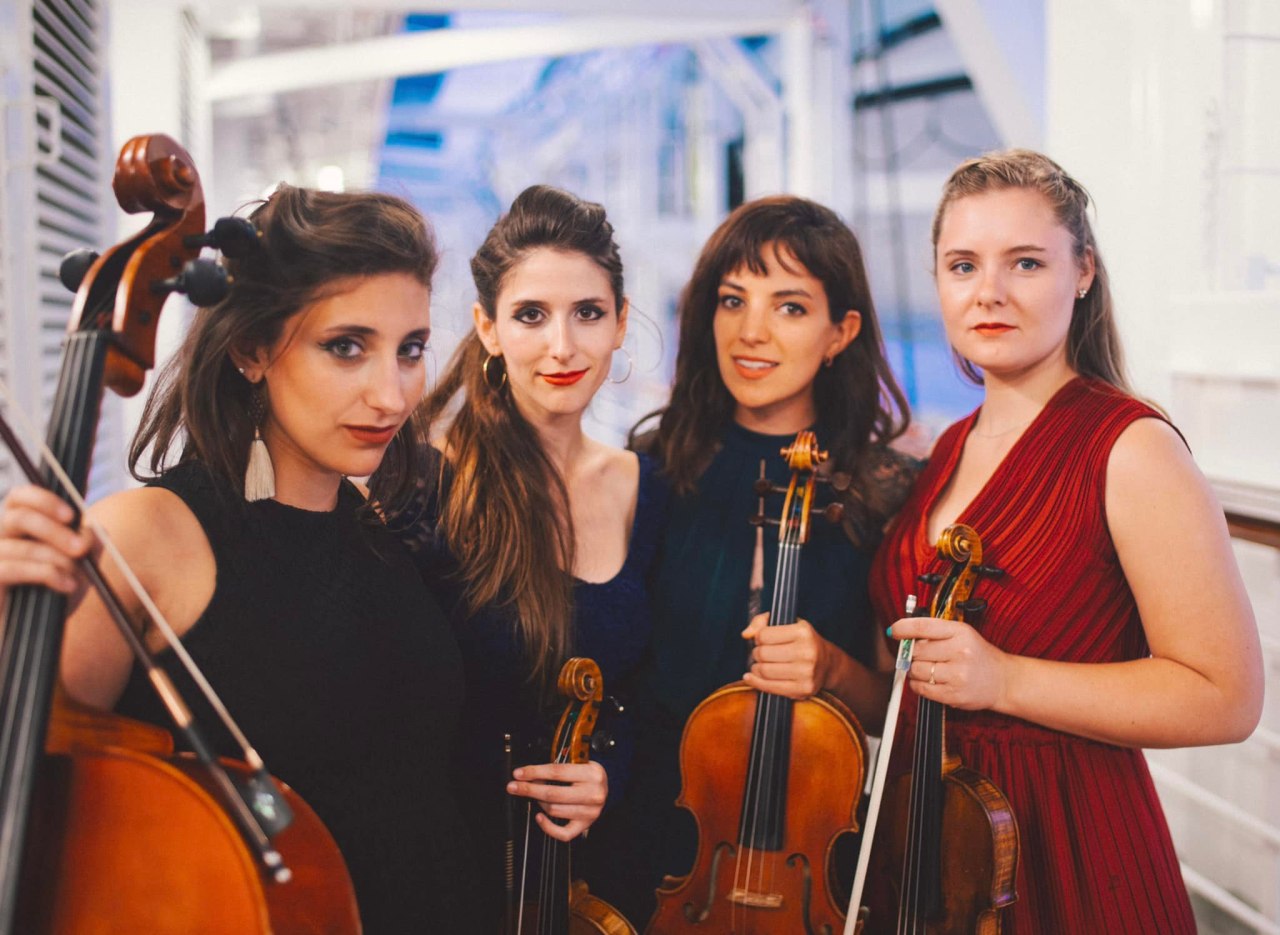 Entitled “Their Music Has Survived”, the free concert is presented by the Quad Cities Jewish Federation, in collaboration with the community project “Out of Darkness: Holocaust Messages for Today”. For more information on this important project, click on HERE.

The Sunday 2:00 p.m. program will be performed by women ATLYS String Quartetwhich includes Sabrina Tabby, violinist for the Quad City Symphony Orchestraand her twin sister Geneviève on the cello.

The female quartet describes themselves as a “classically trained crossover string quartet”, experienced in various genres, including pop, jazz and rock. “An ATLYS performance is more than an experience – it’s a conversation between the artist and the audience”, according to his website.

The Wallenberg chamber program presents all the music of Jewish composers:

In her J-term course (“From the Ashes to Immortality: The Arts and the Holocaust”), she encourages students to ask challenging questions about the arts, their own humanity, and the need for empathy and kindness. in their life.

Ehrlich’s performing credits include John Tavener’s “The Protecting Veil” as a soloist with the Augustana Symphony and, with faculty pianist Charles Schmidt, a program of music by Jewish composers. His current research project is entitled “Cello Repertoire by Jewish Composers: An Annotated Bibliography”.

Sabrina Tabby said Friday that ATLYS formed in 2016 because the women were members of the Chicago Civic Orchestra. Their name is based on the “atlas” (or map), which means that they cross many musical boundaries.

“We’re actually an unconventional string quartet, like 100 percent,” she said, noting that it was mostly well-known covers of pop songs. They have six million streams on Spotify, and this will be their QC debut.

“So it was a wonderful new opportunity from Dr Janina Ehrlich to do this gig,” Tabby said of Professor Augie suggesting the program. “I’m an adjunct faculty member at Augustana College, so I’ve been planning on doing projects together, so I’m glad she made it happen.”

“We love discovering music that we don’t know, in addition to the best songs that we all love,” she said. “We had the chance to explore music from other cultures.”

The quartet did not know any of the Jewish composers of World War II before.

“It’s been a huge honor to help bring this music to light,” said Tabby. “I am Jewish and grateful that both sides of my family were not directly involved in the Holocaust. They were all able to immigrate to the United States”

Her husband, Ernesto Estagarrribia – associate conductor of the QCSO, musical director of the QC Symphony youth ensembles and director of orchestral activities at Augustana – will conduct “Two Remain”, a chamber opera based on true stories of two survivors of the ‘Holocaust, October 22. will be at Augie’s Brunner Theater, with a small orchestra, and Tabby doesn’t play for that.

It is also fitting that Sunday’s concert takes place in Wallenberg Hall at the private college, named after the family of famous Swedish businessman-turned-diplomat Raoul Wallenberg. He is credited with saving up to 100,000 Jews during a seven-month mission to Budapest towards the end of World War II, before his January 1945 arrest by Soviet troops and subsequent disappearance.

Considered one of the great heroes of World War II, Wallenberg personally helped thousands of Hungarian Jews obtain protective passports, food, medicine and safe housing. “He alternately threatened and bribed the Nazis until he succeeded in obtaining the release of those who had received his Swedish passports,” according to www.raoulwallenberg.net.

ATLYS will also be featured as a quartet soloist with the Muscatine Symphony Orchestra on October 8 at the Wesleyan United Methodist Church in Muscatine. To learn more about the ATLYS String Quartet, click HERE.