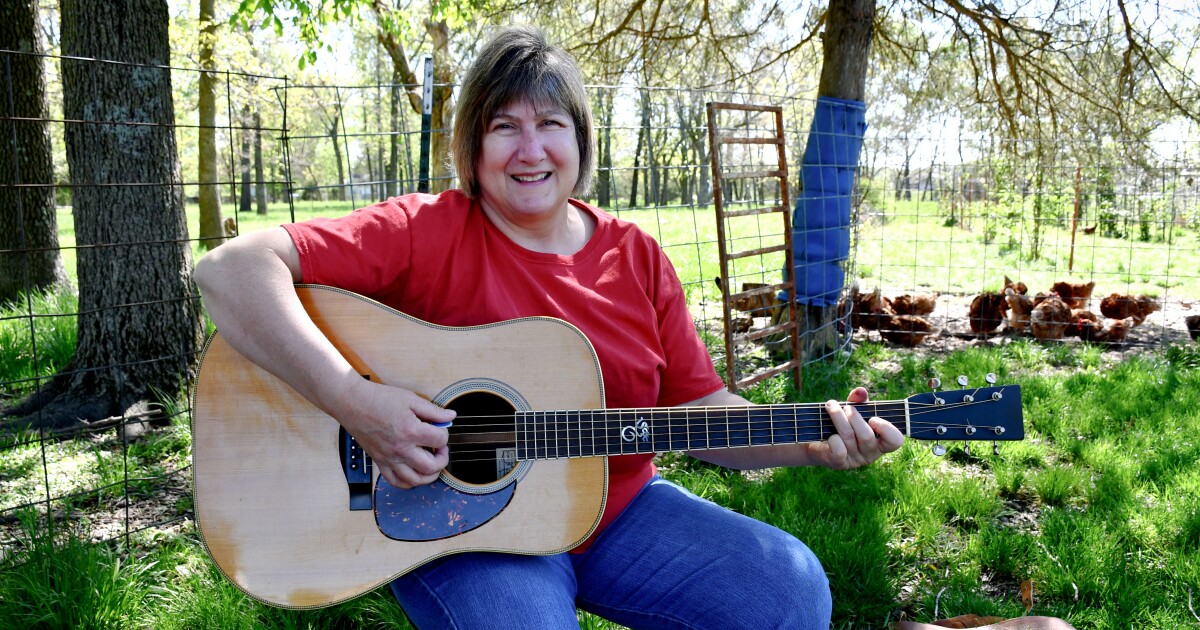 It was not expected that an ordinary day, almost 50 years ago, would result in a record album. Or the preservation of hundreds of Ozark ballads and folksongs – not to mention sharing those songs with a world that had almost forgotten them.

It was just supposed to be a visit to the Laura Ingalls Wilder home in Mansfield. But that day, 12-year-old Judy Domeny Bowen bought a book of folk songs from the gift shop.

“My dad looked over my shoulder and he said, ‘I know that song.’ It was ‘The Letter Edged in Black,’ she said. ‘And I thought, ‘Wow, if daddy knows that song, it’s old. And then he said, ‘My mom used to sing that.”

The seemingly small moment was set to change his life — and the future of Ozarks music.

“And I thought, ‘If grandma knows this song, it’s the end of the Earth, this song is old! So I went home and learned this song.

This song has led to a repertoire of hundreds, as well as numerous albums, countless performances, workshops and a legacy. Today, she is one of the few musicians who still locally sings the ballads, many of which date back centuries.

“Singing is something people have always done,” she says. “And when people immigrated from France, Germany, England, Ireland and Italy and came here and settled in the Ozarks, they couldn’t bring much with them, but they could bring the songs to their head.

As a teenager, Judy learned more about ballads – which are slow, sad and tell a story – as well as folk songs, which are often more catchy and lighthearted. An example of the latter is “Redwing”, which is from the early 1900s and one of his most requested songs.

This song and many others are part of the Max Hunter collection. Starting in the 1950s, Max Hunter, a Springfield-based folklorist, spent decades recording hundreds of songs from all over the Ozarks.

“I discovered his collection, which he had wisely contributed to the Springfield-Greene County Library,” says Judy. “It was on tape at the time; you could check the tapes.

Like the first settlers, she rooted these songs while working in the garden. And today, she still sings on her farm, just five minutes from where she grew up, and alongside 150 goats.

“People could sing while their hands were busy, but their minds weren’t,” says Judy. “If you’re hoeing the corn, if you’re milking the cows, if you’re cracking the beans, it’s a good time to entertain yourself with a song about someone getting their head cut off.”

Subjects like this, which are common in ballads, have earned Judy the nickname Queen of Death and Death. I am fortunate, however, to know her by a simpler title: Aunt Judy.

Common themes in ballads are death, bad people, and love gone wrong. All the things that make tabloids juicy on newsstands today were also fun topics to talk about in the past. An example is “Barbara Allen”, an English ballad that is at least 400 years old.

A lot of things are different these days. The audience that knew the songs by heart and by head since childhood slowly disappeared over time, replaced by those who are interested but have no personal connection to the music.

“Those people who grew up singing the old folksongs but hadn’t heard them in 60 years – when they hear ‘Redwing’ or ‘The Letter Edged in Black’ or ‘Seeing Nellie Home’, it instantly brings them back to them. times they’ve sung it,” Judy says. “Other people like it, but it doesn’t mean the same to them.

Does the future worry you?