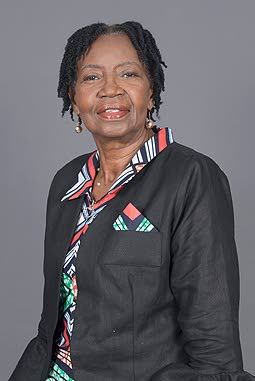 A theme that needs to be revisited in relation to resistance in Caribbean history is cultural resistance.

It is a platform of resistance loaded with expressions of the innermost feelings of African workers about the conditions in which they live and work.

Some aspects of culture have never attracted the restrictive measures of the ruling class, simply because they have been dismissed as harmless pleasure songs, their coded messages not understood. For example, black people were always called upon to dance to entertain the planters and their guests at the banquets and parties which were often held in the large houses on the estates, without the slightest notion of subliminal messages being expressed in these performances. While the ruling class community viewed some of the cultural expressions of Africans as a diversion, African culture was more than that. It should not be seen solely as a form of relaxation and entertainment, and an attempt should be made to dissect the culture to expose its true role in the fight against slavery and oppression.

The pre- and post-emancipation periods in Tobago were marked by strategies of resistance that became embedded in the culture of the island. One of the strategies of colonial rule was to disempower the ruled population by generating a sense of inferiority by granting them sub-human status, both legally and socially. They were told that Africans had no past, that their religious beliefs and tales were mere superstitions, and that exposure to the European world would help them become civilized. In response, the enslaved Africans of Tobago and their descendants expressed their opposition to such classification in several ways, one of which was in song – the folk songs of the island.

Folk songs provided a medium through which Africans asserted their identity. The earliest songs, based on African religious music, expressed hostility towards their white slaveholders – the traders who uprooted them from Africa and the planters who inflicted brutality on them.

In the diaspora, Africans have relied on their traditional activities to preserve their African identity in the face of a very hostile attempt to sever their connection with Africa. Thus, the maintenance of their traditions, which were reflected in their activities from cradle to grave, were strong indices of their own recognition of their separate and distinct identity.

Nursery songs were sung to the children of white employers by the African nannies who were employed to care for them during and after slavery. These songs express opposition to the social conditions and issues prevalent on the island and provide clues to black attitudes towards the white ruling class.

The songs about Anansi, the West African superhero spider, reflect the reality of life for the African people of Tobago, whose central issue is the confrontation between whites and blacks and the desire of the latter to escape the oppression of the plantation.

African folk tales and legends, which are embedded in the songs, also convey opposition to white oppression and include themes of clashes between blacks and whites. All of this reflects an acceptance of who they were and a desire to assert their separate identity from the people their slavers wanted them to be.

There were work songs that were used to choreograph the activities of digging, carrying and harvesting to ease the individual burden of their daily labors, to promote communal activity to overcome the challenges they faced.

A song that projects the desirable aspects of social life, Pay Boy Pay Mango, while referring to raising children and the relationship between parents and children, stresses the importance of obedience to parents and the importance of ancestral respect, which are central characteristics of African culture. Culture. It also affirms the notion that those who commit wrongdoing must pay the consequences. The idea that children should pay for wrongs done to parents and disrespect for elders parallels the current call for reparations.

Some songs use environmental references to draw attention to social events. Bell Over Yonder refers to what happens when nature and natural law are turned upside down. This bongo song claims that when human activity upsets the natural balance with life in the environment, then unusual reversals occur “when you plant corn…it bears pumpkin.”

Bongo songs also refer to the heavy labor demands imposed on African workers. In Nora Nora, the exhausted sailor asks to be allowed to sleep, saying, “Ni, a Nora, don’t wake me until morning” – the time when work begins.

Bongo was used as a means of providing support to the bereaved family so that its members could laugh in the face of death, with the assurance that they would receive continued support, and a new birth would eventually restore life.

The Tobago folk songs reveal the extent of alcoholism among the planter community, which manifested itself in the frequent drinking bouts that took place in the big house, while the freedom songs express the deepest longing of Africans reduced to slavery. Unwittingly, the white community facilitated the preservation of these important features of the island’s culture.

The strong desire for freedom has been expressed in several freedom songs from the Tobago folk song collection. One of the ways in which freedom could be achieved, for those who did not consume salt, was to return to Africa, as Kanga Brown did, who put down his tools and flew to his native land. . It was a direct warning about the harms of salt consumption, which remains relevant today.

Call Me Momma Gie Me is a song that clearly states a core belief and practice among members of the island’s African communities. He says it is shameful for one person from Tobago to lock up another without trying to settle the case “outside of court”. This song sends an important message to those aspiring to leadership positions on the island and, along with others in the collection, clearly indicates a desire to build their own society that serves the well-being of society at large. , following the patterns of traditional Africa. companies.

They reflect a rejection of deculturalization, an affirmation of African identity, a resistance against oppression and a desire to create the type of society they desire.