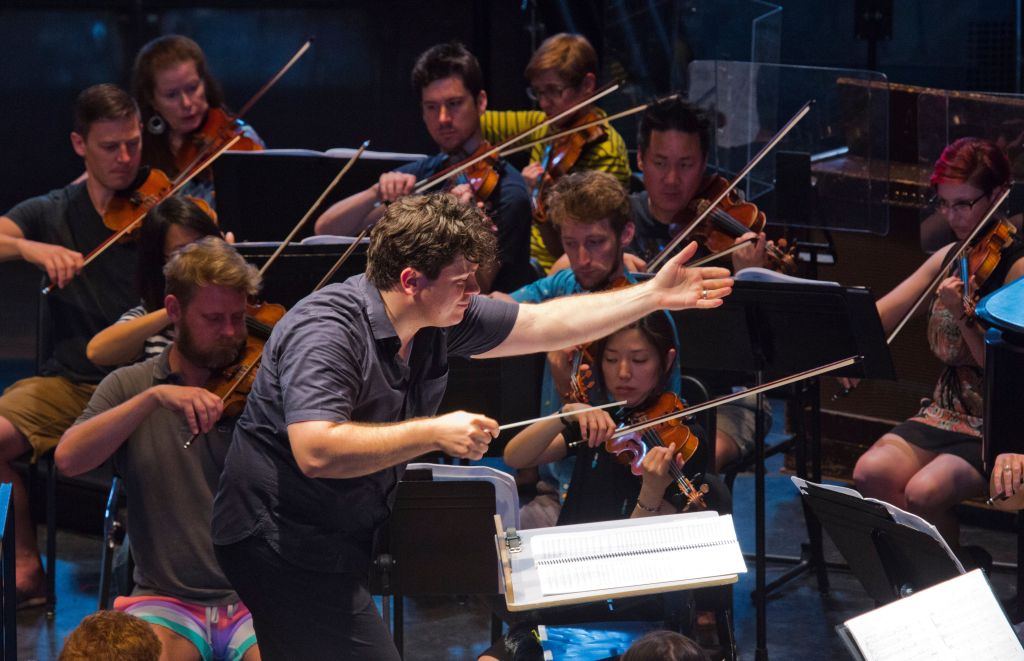 Ask composer Huang Ruo to describe the Cabrillo Festival of Contemporary Music, and his response is unabashedly enthusiastic.

“Magic is the first word that comes to mind,” he says. “First of all, it’s such a wonderful place. And having a festival dedicated to the music of our time, with living composers very involved, is a dream come true.

Huang is one of the star composers at this year’s festival — Cabrillo’s 56th — which opens July 29 in Santa Cruz. His “Folk Songs for Orchestra” will be presented on August 3, as part of a program that also includes the world premiere of Pande Shahov’s Piano Concerto No. 2, with soloist Simon Trpčeski, and the American premieres of “Dear Life” and “Dear Life” by Zosha Di Castri. Grana by Dan Dediu.

Under the musical direction of Cristian Măcelaru, this year’s festival brings a usual mix of new works and music by living composers. Events on this year’s calendar include new and recent compositions by Peter Shin, Andrea Tarrodi and Sean Shepherd and 80th birthday tributes by American composers William Bolcom and John Corigliano.

On a recent call from his New York home, Huang noted that the festival was founded by the late composer Lou Harrison, whose music was often inspired by Asian themes. “To me, that makes it even more special,” he said. “He is one of the composers for whom I have a lot of admiration.

When Huang made his first appearance as a Cabrillo in 2012 – the festival presented his “Shattered Steps” – he was unknown to many in the audience. (He returned to the festival in 2015 to present another piece, “The Color Yellow.”) Since then, Huang has established a major career, earning him considerable fame for his orchestral, chamber and vocal works. His music has been performed across the country, from the New York Philharmonic Orchestra to the San Francisco Symphony Orchestra.

Last month, Huang’s one-night opera “An American Soldier” had its world premiere at the Opera Theater in St. Louis (an earlier one-act version premiered at the Washington National Opera.) With a libretto by award-winning playwright David Henry Hwang, it told the real-life story of U.S. serviceman Danny Chen, who died in Afghanistan from a self-inflicted gunshot wound in 2011. Evidence showed that Chen had been harassed at several times by his fellow soldiers; the opera explores themes of racial prejudice and hazing in the US military.

Huang was born in 1976 in Hainan, a Chinese province in the South China Sea. His father was a composer, and Huang began studying music when he was 6 years old. He attended the Shanghai Conservatory, earned a Bachelor of Music degree from the Oberlin Conservatory of Music in Ohio, and advanced degrees in composition from the Juilliard School in New York.

“Folk Songs for Orchestra” incorporates Huang’s memories of China and his deep familiarity with Chinese musical idioms. Based on folk songs from four Chinese regions, the play is a retrospective look at tradition. “As composers, I think it’s our duty to preserve those traditions, recreating them, turning them into something new – to breathe new life into those existing works,” he said. .

In addition to performing, Huang is looking forward to participating in Cabrillo’s Conductors/Composers Workshop, which he will co-lead with Măcelaru. Huang never met Măcelaru – his previous Cabrillo appearances were led by former musical director Marin Alsop – but he watched the conductor’s videos avidly. “He’s a phenomenal conductor,” says Huang. “In the workshop, he will supervise the conductors, and I will supervise the composers. We communicated about it. He is very nice and a very good colleague to work with.

Huang believes artists should be socially engaged “to use our voices to address the social issues we care about,” he says. “An American Soldier” will be produced in other cities. But Huang is already working on a new project that also deals with injustice: the internment of Chinese immigrants detained on Angel Island in San Francisco Bay between 1910 and 1940 under the Chinese Exclusion Act. Housed in barracks for long periods, many inmates inscribed poems on the walls of the island’s makeshift prison.

“Angel Island,” an oratorio for choir and string quartet, will incorporate excerpts from these poems. Huang collaborates with the San Francisco-based Del Sol String Quartet, which will have their world premiere on the island in 2020,” says Huang. “It’s not just a story of Angel Island. It’s a story largely of our world and our times.

Or: Civic Auditorium of Santa Cruz and other locations