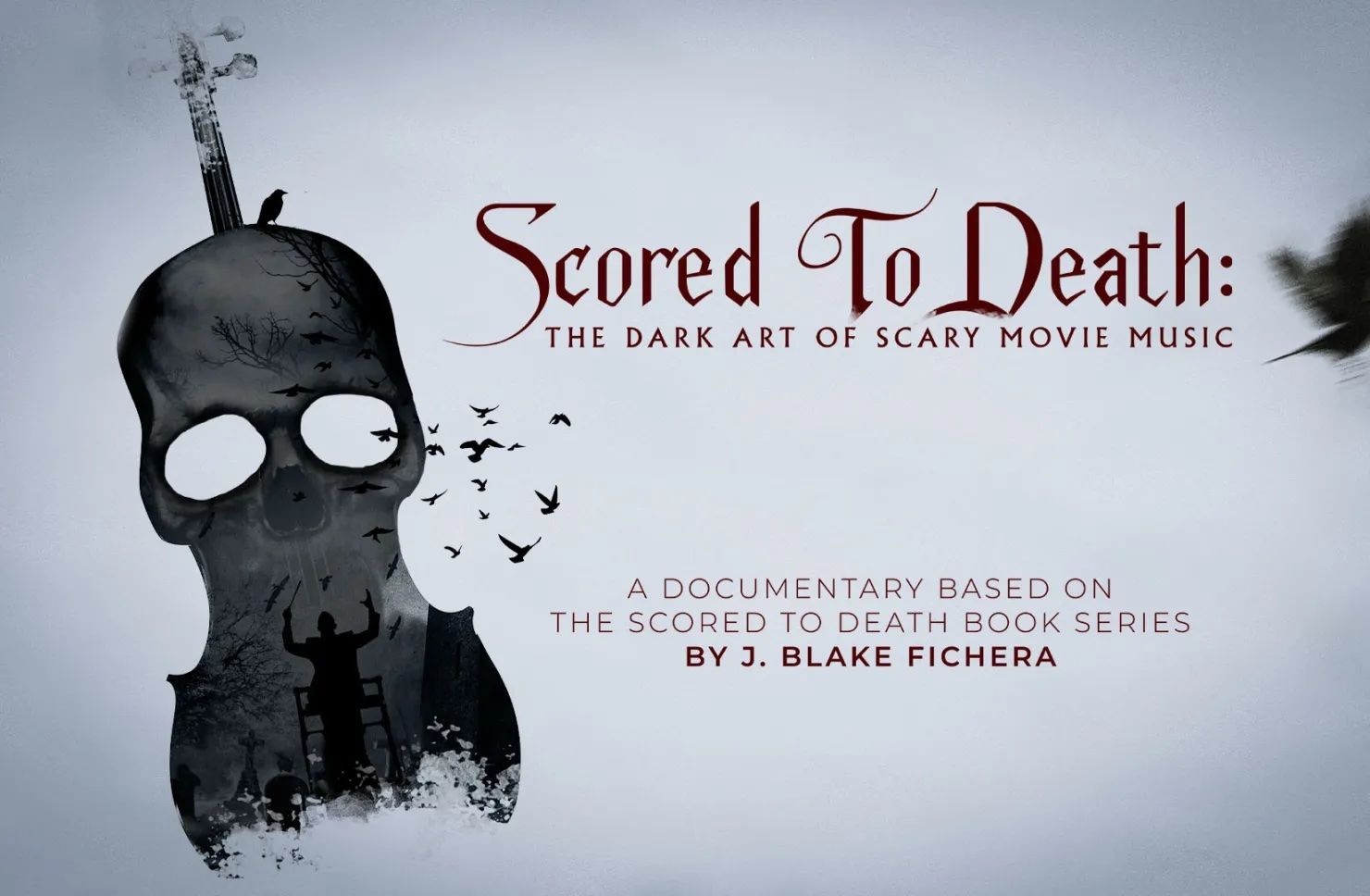 The creator of Scored to Death: The Dark Art of Scary Movie Music is raising funds on Kickstarter. Writer and filmmaker J. Black Fichera is producing and directing the film based on his popular Marked to death series of books. The feature-length documentary is currently in production and over $13,000 of a $40,000 goal has already been raised.

“Horror films live and die with their musical scores. . . . If you claim to know how horror movies work, this book is a must read,” said horror animator Joe Bob Briggs (The Last Drive-In with Joe Bob Briggs).

“Music is the most essential ingredient for me when making a horror movie. . . . J. Blake Fichera has done a brilliant job of helping us understand how these magicians make their secret sauce,” said the writer/director Eli Roth (cabin fever, Hotel).

“J. Blake Fichera’s interviews with top horror composers combine the penetrating curiosity and attention to detail of a journalist with the contagious enthusiasm of a fanboy, and the combination is irresistible to movie buffs, of film music and our beloved genre,” said writer/director Don Mancini (chucky).

More about Scored to Death: The Dark Art of Scary Film Music

The Kickstarter campaign for the film will run from September November 27-1, 2022. Feature tiers for those who donate include movie presales, bonus content, and producing credits. Fichera, a veteran film and television editor and producer, has been planning this film for many years. Since 2013, to be more precise, when the first Marked to death book was published.

“I’m glad I waited, though. All the experience I’ve gained and the friendships I’ve made throughout creating the books and the Marked to death podcasts, will help make this a much better movie than it would have been had I jumped in right after the original book.

On top of that, you can also get a limited edition compilation album of memorable horror themes on both vinyl and CD. The music, specially created for the campaign, will consist of brand new recordings from Alan Howarth, Voyag3r, Anima Morte, Steve Moore, Holly Amber Church, Wojciech Golczewski, The Blair Brothers, Richard Christy, and more.

“What excites me about the documentary is that I can now explore this subject which I am so passionately passionate about and which I have dedicated almost a decade of my life to investigating in an entirely new way! The film will only be not an abridged version of the books. Instead, I want to use the filmic medium to refine specific aspects of the books and examine them in ways that weren’t possible on the written page, including how the music works in horror storytelling and our favorite horror movies.