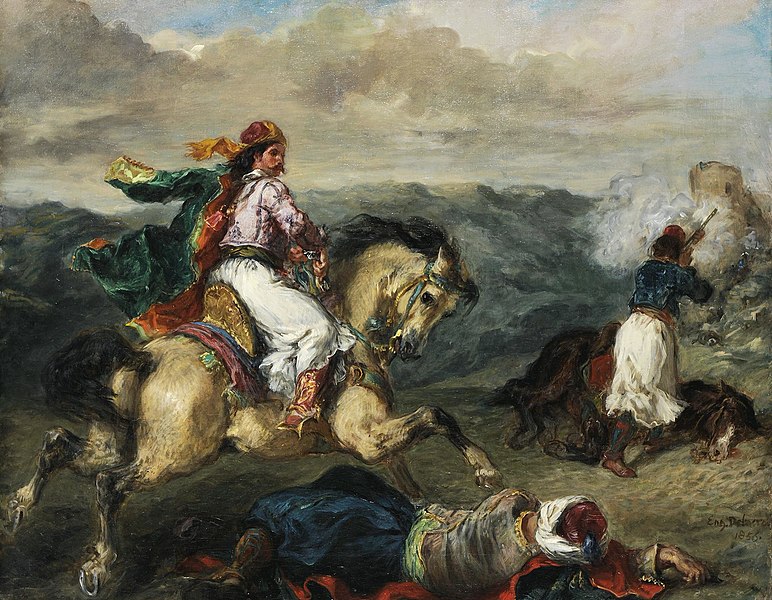 Greek Folk Songs of the Revolution of 1821

The Greek folk songs of the Revolution of 1821 not only told the stories of brave revolutionaries, but also served as historical texts and disseminators of tradition.

Nobel laureate Odysseas Elytis once wrote that “no revolution, either in art or in life, is more likely to succeed than one which uses tradition as its basis.”

The folksongs of the 1821 Revolution were made in the dens of revolutionaries, and were created on the spur of the moment in most cases; they were often sung and danced – and, unfortunately, some were forgotten the next day.

Fortunately, the most moving of them have remained in our consciousness, not only as documents of the time, but also as songs that are sung and danced today, as reminders of the greatest moments of history. Greek history.

Songs of joy and mourning

Folk songs gave joy and strength to those who listened and rejoiced. The next day they went out to fight the Ottomans with these songs on their lips.

It was the same for the ancient Spartans, who fought after hearing the song that the poet Tyrtaeus had written especially for them, and which he himself had sung to them on the eve of a battle.

The songs told tales of battles and acts of bravery, of fellow warriors fallen on the battlefield, of grieving mothers and wives, and of barbaric slaughter by the Turks.

They were also songs of faith and devotion to the Orthodox Church, praises to the Panagia (the Virgin Mary) and patron saints, some asking for divine help.

Many of them, however, have not been forgotten. Today, they serve as tiny chapters of a long and storied history, making Greeks proud and rejoicing in the victory their ancestors won in the War of Independence.

Many folk songs have been lost over time, tragically. It should not be forgotten that the revolutionaries were mostly farmers and shepherds who could not write.

They were illiterate and even those who could write often lacked writing materials, such as a pen and paper. But they had no lack of love for Greece and they were determined to expel the Ottomans from their ancestral land.

Their “writing material” was their language – and the rich tradition of the land, and the myths, together with the Panagia and the saints who guided them in the holy cause.

Some warriors, who left one camp and went to another, took with them not only their guns but also some of the songs they liked to sing in their previous camp.

As for the tunes they used, they sang as they pleased, rendering them in the simplest form of meter, even adding and subtracting verses and words at will.

Most of the time, these improvised folk songs did not go beyond the borders of each region. Songs sung along the slopes of a mountain were often not known in the mountain villages opposite.

Each village, mountain, or region had its own heroes and characters of songs to cry and mourn, to tell of the tricks they played in battles, and to tell stories about the warrior’s family.

In reality, the Greeks did not stop revolting against the Ottomans for a moment, starting with the fall of Constantinople in 1453.

Yet these uprisings were local, small and disorganized; they often had no support and were therefore doomed at birth, in most cases.

Little is known about the Greek War of Independence before 1821. Yet folk songs were the medium that preserved the battles and struggles of the Greeks.

For example, in 1789 the Ali Pasha aga Yusuf Arapis campaigned with 3,000 Albanian Ottomans against the rebel leaders of Thessaly and Roumeli.

The revolutionaries led by leader Giannakis Kontogiannis fought valiantly, but were outnumbered and ultimately defeated, as we learn in this traditional song:

In 1807, the great Mount Olympus revolution took place, led by four men of the Lazaios family, or “The Sons of Lazaios (or Lazopoulos)”, as Tolias, Christos, Nikos and Kostas were known.

This first revolution was suppressed. The first three remained in Rapsani, while Kostas was held captive by Ali Pasha in Ioannina, as heard in this old song from the time:

“Three little birds sit on Olympus.
One looks at Giannina, the other Katerini,
the third best cries and says:
“What harm have we suffered, poor Lazaios!
Veli-Pasha ruined us, burned our houses,
he took our wives, he took our children!

In September 1826, General Roumeliotis Giannis Makrygiannis, together with Giannis Gouras, defended the besieged Acropolis of Athens, which was under attack from the Ottomans.

Makrygiannis, better known as a historian later in life, sang folk songs very well. He was eloquent and often improvisational, making the songs sound like chapters in history.

“The Sun reigned (yes, my Hellene, reigned) and the moon was lost
and the pure Augerinos that goes near Poulia
the four were chatting and chatting secretly.
The Sun turns and says to them, turns and burns them:
“Yesterday, when I reigned behind a mountain,
I heard many women cry and men cry,
for those heroic bodies lying in the plain,
and in the pools of blood, most are submerged.
For the homeland they went to Hades, poor souls.

Without Greek folk poetry, many of the most heroic pages of the Greek War of Independence would have been lost.

In 1895, while historian Giannis Vlachogiannis was attempting to write a study titled “The Death of Androutsos”, he discovered that he was struggling to collect information.

It was then that he realized that the newly created Greek state did not keep an archive of documents relating to the War of Independence.

Vlachogiannis then embarked on the gargantuan task of finding and saving all historical documents about this glorious time for Greece.

In fact, the historian began to search for documents ranging from the fall of Constantinople in 1453 until the year 1868.

He searched for manuscripts and letters of the revolutionary fighters from their relatives, friends and compatriots.

Vlachogiannis discovered that many such documents had inexplicably been sold – by the kilo – to grocery stores, butchers and the like to wrap food! He bought several of these documents by paying out of pocket.

From 1888 to 1913, the researcher managed to collect more than 300,000 pages of documents and manuscripts, which he classified in folders, according to subject and date.

Vlachogiannis also retrieved the “Archives of the (Revolutionary) Struggle”, which was kept at the National Archives, founded by the first governor of Greece, Ioannis Kapodistrias.

Behind The Gray – Thoughtful and Personal Folk Songs