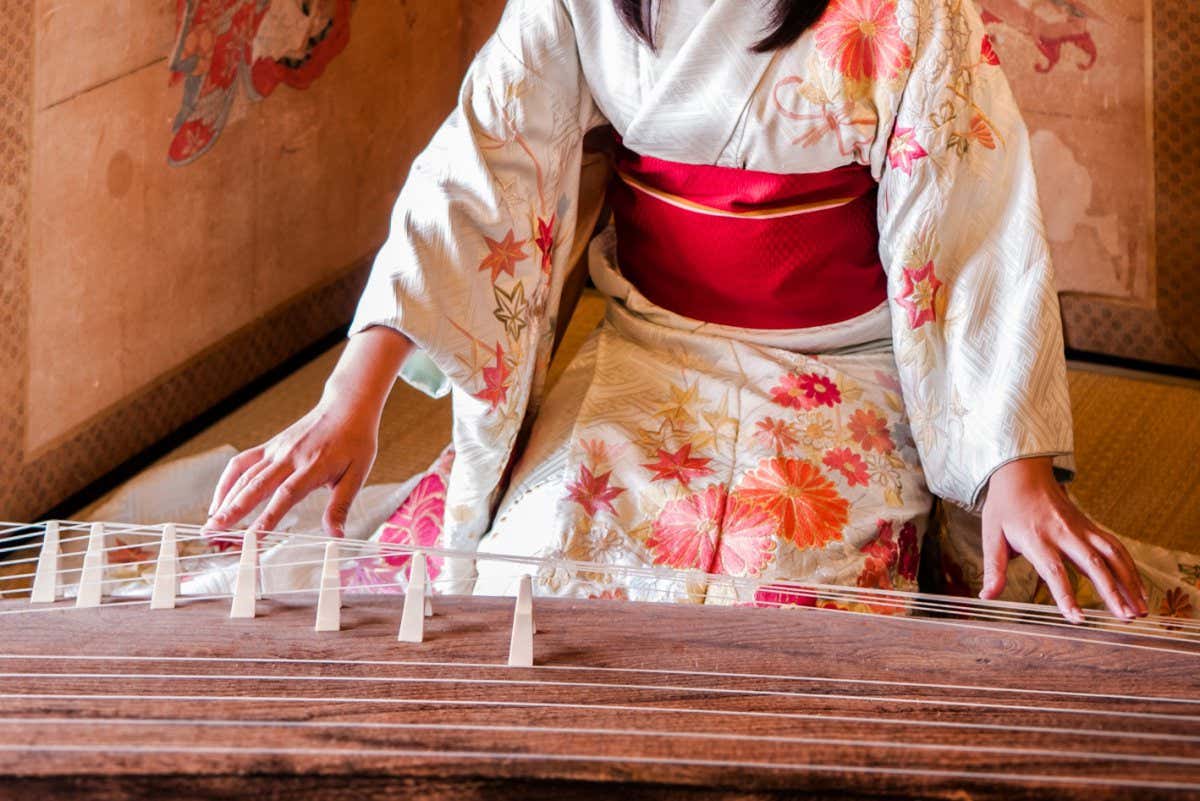 Folk songs: melodies in Japanese and English have evolved in the same way

Japanese folk songs have evolved similarly to those sung in English, although there are significant cultural differences in tone and musical ranges.

Japanese folk songs have evolved similarly to English-language ones, even though they are sung in different pitches and scales.

Patrick Savage of Keio University in Japan and his colleagues analyzed the musical notation of more than 10,000 folk songs, including the famous Child Ballads from before the 20th century. About 4125 of the songs were sung in English and 5957 were in Japanese.

The team defined a folk song quite loosely. “There are many definitions, but we basically said that a folk song is an old song that has been passed down orally between generations,” Savage explains.

There are some differences between Japanese and English folk songs. For example, Japanese folk songs use a five-note musical scale, while English songs generally use a seven-note scale. They are also quite different sonically.

The researchers, however, were looking specifically at how the two musical genres evolved and if there were any similarities. They first converted musical notations into sequences of letters that could be read by an algorithm that generally tracks evolutionary changes in nature. “This algorithm can identify pairs of highly related tunes,” says Savage.

The nature of the subject influenced the analysis. “It’s hard to tell which version of a song or which style of melody came first,” says Savage. This means that when the researchers compared two similar songs, they couldn’t say for sure whether a difference in the number of notes between the two was due to an insertion or a deletion – so they treated all of these types of changes as the same. .

They could, however, distinguish insertions/deletions from note substitutions, where the number of notes in a melody is the same in two songs, but a given note has a different value in each song.

Also, the effect was stronger in Japanese songs. “Ornamentation is a bigger issue in Japanese folk songs,” says Savage, referring to when small, quick changes are made to non-essential notes in a melody.

The team also found that musical notes that played a larger role in a song’s melody were less likely to change as the ballad evolved. “The way music is transmitted – whether it’s Japanese or English – is very similar,” says Savage.

“The patterns of change documented in this study will come as no surprise to musicologists,” says Marisa Hoeschele of the Institute for Acoustic Research in Austria. “But it’s interesting that these same constraints apply across cultures.”

Join us for a mind-blowing festival of ideas and experiences. New Scientist Live goes hybrid, with a live event in Manchester, UK, which you can also enjoy from the comfort of your own home, from March 12 to 14, 2022. Learn more.

Learn more about these topics: