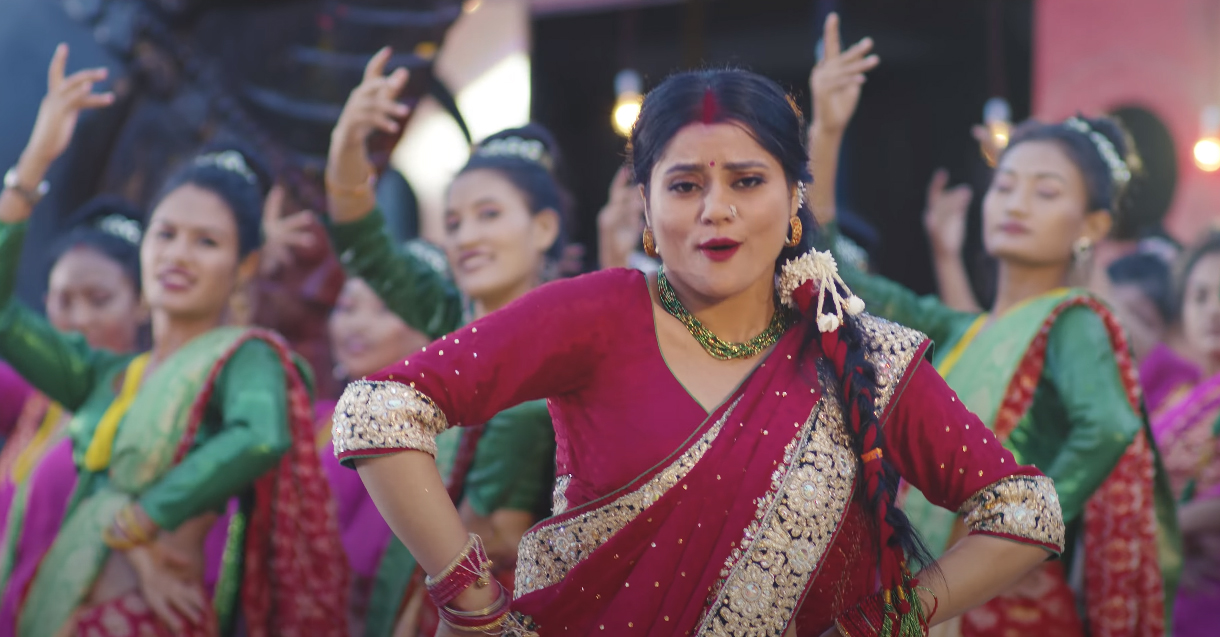 For much of the past decade, Nepali folk songs have dominated Nepal’s commercial music scene. You can hear them on buses, in stores, at weddings, and now through technology, even on TikTok. His rise was quite evident during the lockdown when people were dancing to the song Soche Jhai Jindagi Rainachha, roughly translated as life is not what you think. Apart from that, Pashupati Sharma’s Lutna Sake Lut and Prakash Saput’s Galbandi all performed well on YouTube while people like Durgesh Thapa, though controversial, released folk songs (lok geets) to the masses.

But how did it get there? The folk songs, which used to be restricted to villages in western Nepal, can now be heard all over Nepal. People of all ages seem to have embraced it and enjoyed it. The singers themselves also adapted to globalization by starting to sing about modern issues. But, as good as it is, the urban crowd still doesn’t take it seriously or respect it.

Ashim Ghimire, a 23-year-old man from Kathmandu, loves music. Having grown up in a family of musicians, he listens to all kinds of music. That said, he doesn’t really listen to folk songs.

” I can not connect. Some are catchy, but I just don’t feel connected,” he says.

A significant portion of Nepal’s urban youth are still unaware of songs like these, even though they have been on YouTube’s trending list for over a month. The music they listen to is mostly in English or Hindi and their way to listen to these songs apart from YouTube is Spotify.

“I don’t check the trending list because there’s nothing there,” says 26-year-old Shital Shakya. “We have our playlists there and even the song suggestions are based on what we like. I don’t think I’ve ever voluntarily listened to folk songs. Sure, I’ve danced to it at family events and weddings, but this is different.

But that doesn’t take anything away from the popularity of this form of music. If you look at the trending section of YouTube, most of the songs you see here will be from this genre. Bishnu Majhi, Chari Jelaima of a popular folk singer crossed 27 million views in two months. His song on Dashain Tihar is also doing very well.

Saput, who has been making folk songs for 19 years, says the rise is mainly due to digital platforms like YouTube and Facebook. While their audience was limited to a particular region in the past, now, thanks to technology, they can reach as many people as they want.

Many believe it was Kulendra BK and Bishnu Maji’s Saalko Paatko Tapari who started the climb. The song has had over 73 million views over the past three years and it’s growing every day. Another song that helped make the genre more popular is Bola Maya sung by Saput and Shanti Shree Pariyar. The song touched the hearts of millions as it spoke of the harsh reality of migrant workers. Its sequel, Galbandi, has also been amazing as it has been viewed over 48 million times on YouTube over the past two years.

“Songs like these are important because they convey a message about what’s going on in life. I’m sure millions of people must have connected with them because a lot of people are going home in wooden boxes,” Says Saput.

Lyricist Netra Aryal also agrees with Saput on the importance of writing songs that relate to the audience. Aryal wrote the popular song, Soche Jhai Jindagi Rainachha, which did quite well. Sung by Khem Century and Madhu Chhetri, the song is about how life goes on through curve balls and how we have to overcome these challenges.

“We now live in a modern world and have to adapt to what is happening. It’s been going on for years if you look at it. Folk singers have been singing relatable songs all their lives,” says Aryal.

Apart from that, the music videos have also changed. Shiva BK, who made his name in lok dohori [folk duet] The video scene says a lot has changed since its debut over two decades ago. The first change he says is the use of chorus dancers in the videos.

“When I started, there were only the singers in the video. Some danced; some just sang, it was pretty boring,” BK says. started to be more open about things and started to experiment.”

He says popularity has increased and so has the budget of those singers who have started demanding new things. He claims to be the first to start chorus dancers because he always wanted to do something different.

“It was a real hit as others started to follow,” says BK.

He also adds that, in the past, popular actors have refused to star in folk song music videos. This has now changed as they have started playing these videos. Rajesh Hamal, Salon Basnet, Bhuwan KC, Aakash Shrestha, Barsha Siwakoti, Aanchal Sharma and Swastima Khadka are a few who have popped up in lok dohori music videos but it hasn’t always been so.

“When I was directing Saalko Paatko Tapari [in 2018], I approached many actresses who were popular at that time,” says BK. “But they didn’t want to play because they felt it didn’t suit their image. The role was played by Mariska Pokharel, who later received many calls for more videos.

He accuses aspiring actors who consider themselves “chocolate boys and girls” of trying to think too highly of themselves.

“That is changing as Covid-19 has hit them very hard. That’s why we’ve seen these popular actors in music videos. Otherwise, I don’t think it would be,” says the experienced director.

Saput says it helped market the songs and the genre too. He says these popular actors have a lot of fans, which has certainly helped them.

Another aspect that has contributed to the rise of folk songs is programs like Indreni. Indreni is a lok dohori program aired on Himalaya TV. The program has been recorded live and broadcast almost daily for 12 years, giving a platform to many singers and musicians.

“I worked very hard to bring this program to where it is,” says Krishna Kandel, a singer who started the program. “We traveled all over Nepal and did more than just provide platforms. We made lok dohori popular. If you look at the comments on our videos, you will see the impact we have had.

But the unanswered question

But how do they attract urban crowds? Most of them don’t care. Saput says he is satisfied with the audience he has. He says music is a choice and the next generation should be able to choose what kind of music they want to listen to.

“I can’t force people to listen to my songs. All I can do is keep singing relatable songs that could one day touch the hearts of the urban population,” Saput hopes.

Rolando Villazon on the passion for Latin American folk songs: “They struck your heart”