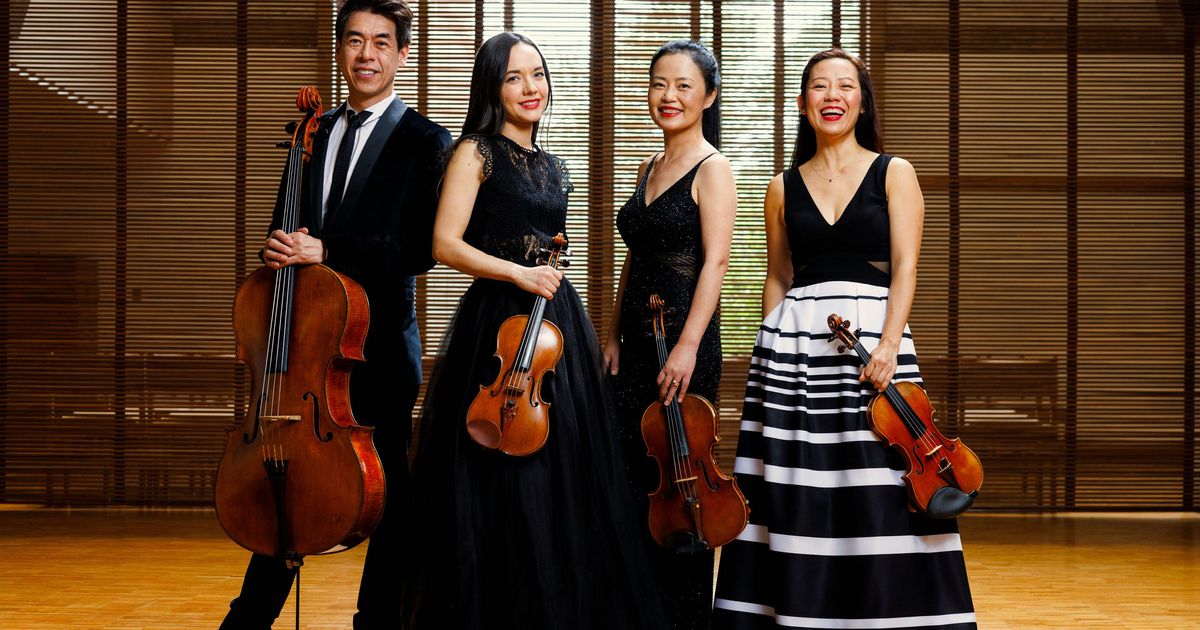 Alvin Singleton’s ‘Argoru III’, a flute solo performed here by James Zellers, emerged as one of the evening’s best examples of the possibilities of contemporary composition. Just as the word “contemporary” in the world of visual art is a secret code for rejecting the romantic norms of form and structure associated with earlier eras of painting, “contemporary” in composition is associated with the abandonment of notions traditions of melody and rhythm and therefore always borders on the boundary between music and noise.

“Argoru III” is a prime example of this frontier paying off. There are transient hints of a developing melody, but overall Singleton focuses more on exploring the tonal shape of the flute sound. In doing so, he spends considerable time overinflating the flute and exploiting the sonic clashes that occur when the instrument trills over dissonant intervals.

The reason this works is that even in the absence of a defined melodic structure, it is still obvious that there is a harmonic system – however exotic and unconventional – from which Singleton derives the composition as a whole. The realization of this greater cohesion made “Argoru III” feel like a continuous journey rather than a random survey.

Mark Gresham’s “Genshi” would unfortunately land at the less enjoyable end of the contemporary spectrum. A duet for violin and clarinet – here played by Helen Kim and Ted Gurch respectively – the piece was abstract and hazy. Initially, there was a soft but deliberate dialogue between the instruments. But as it built, this dialogue became like an argument that goes beyond the point of a coherent exchange of ideas and into the realm of angry shouting. The end result was a piece with potential that gave way to the worst excesses of contemporary composition.

“Suite Latina” by Juan Ramirez was another of the stars of the evening and saw the Vega Quartet return to the stage. The piece, divided into three movements, is certainly avant-garde in its unconventional structure and use of harmonically tense passages. But, like “Argoru III” before it, the piece succeeds for its use of a clearly defined harmonic system – in this case, the compositional underpinnings of various Latin styles. In “Suite Latina”, however, Ramirez never shy away from developing and exploring engaging melodies and it is this ability that really sets him apart.

Garner returned to the helm for the world premiere of “black, black, black is the color,” here performed by Vega Quartet violist Yinzi Kong. The piece is another contemporary reimagining of a traditional folk tune, this time “Black is my true love’s hair color”. The artwork was commissioned as a birthday present by Emory Chamber Music Society founder and artistic director William Ransom for his wife Kong, who joked that her husband’s gift idea gave her no more work.

The piece itself saw Garner realize the potential he only hinted at in “I’m Not Broken” and saw him develop the original melody into something haunting and visceral that, like Singleton’s work before him, explored the tonal possibilities of the instrument in question.

The entire Vega Quartet returned to close the evening with a performance of Beethoven’s Grosse Fugue, Op. 133, a piece so chosen because it was seen as a complete disregard for the musical conventions of its time, and as such placed appropriately among other boundary pushing works on display and a fitting ending to an experimental evening.

Jordan Owen began writing about music professionally at age 16 in Oxford, Mississippi. A 2006 graduate of Berklee College of Music, he is a professional guitarist, bandleader and composer. He is currently the lead guitarist for jazz band Other Strangers, power metal band Axis of Empires and melodic death/thrash metal band Century Spawn.

ArtsATL (www.artsatl.org), is a non-profit organization that plays a vital role in educating and informing the public about the arts and culture of the metro Atlanta area. Founded in 2009, ArtsATL’s goal is to help build a sustainable arts community contributing to the economic and cultural health of the city.

If you have any questions about this or other partnerships, please contact Senior Director of Partnerships Nicole Williams at nicole.williams@ajc.com.