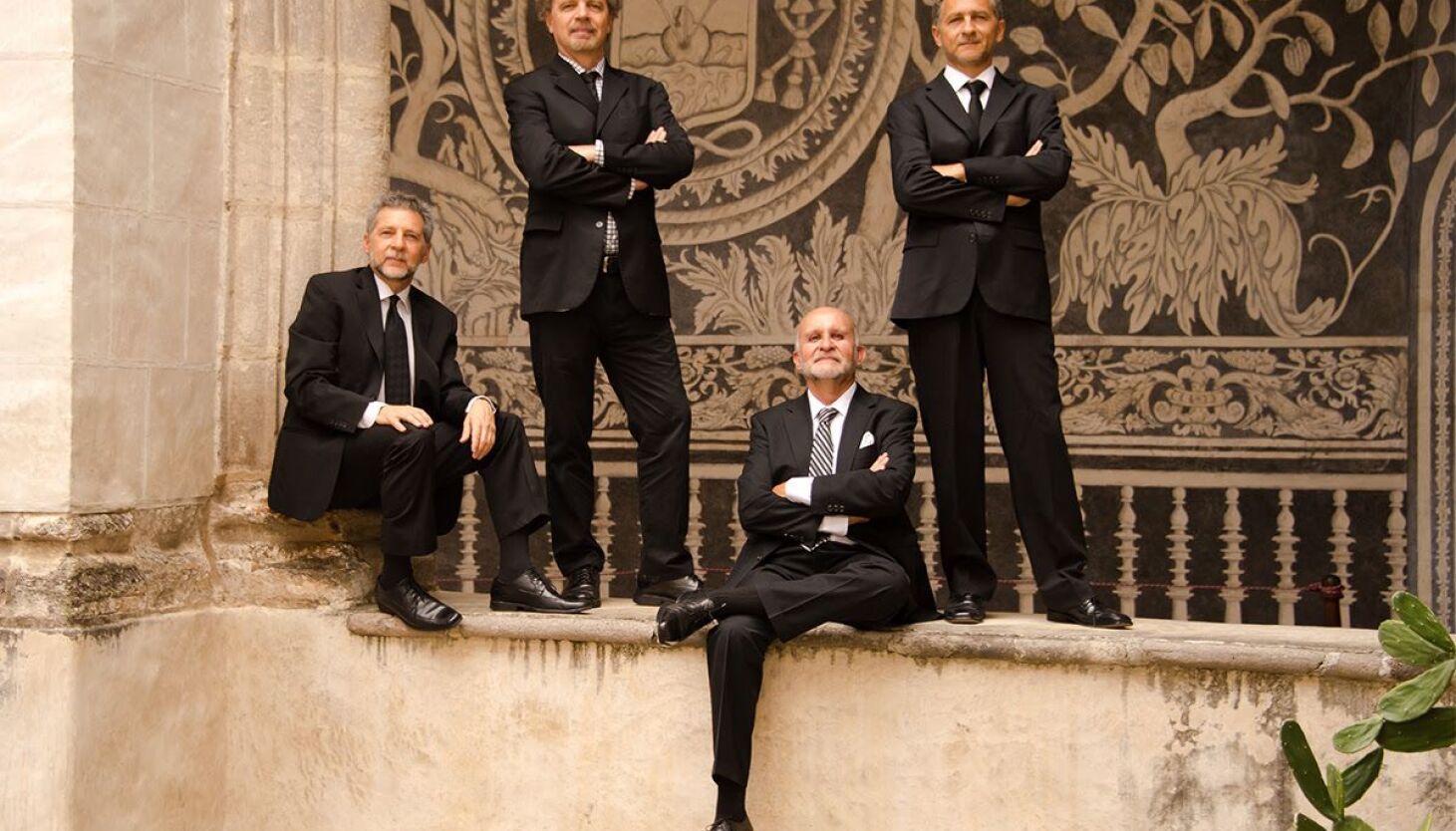 Most string quartets perform works by famous historical composers like Beethoven, Debussy, Haydn, Schubert or Shostakovich, often adding a lesser-known contemporary selection to programs to spice things up and give a taste of the present.

A small number focus solely on modern and contemporary repertoire. But few, if any, others do what the Mexico City-based Cuarteto Latinoamericano has done so successfully – specializing exclusively in 20th and 21st century works by Latin American composers.

As part of its 40th anniversary season, the quartet makes an appearance in Chicago on October 15 as part of Hispanic Heritage Month, which ends that day. The event, presented in partnership with the International Latino Cultural Center of Chicago, marks the opening of the Music Institute of Chicago’s 2022-23 season at Nichols Concert Hall in Evanston.

“This will be the second time we’ve played a live concert in Chicago,” said Saúl Bitrán, the Cuarteto’s first violinist, “which is pretty amazing, because it’s such a musical city with a big Mexican presence. But for some reason we had a very rare presence there so we are very happy to be back.

The program includes works by renowned Argentinian musician Alberto Ginastera and Mexican composer Gabriela Ortiz, as well as two arrangements of pieces by renowned tango master Carlos Gardel. The concert is completed by String Quartet No. 17 (1957), the final work in the form of legendary Brazilian composer Heitor Villa-Lobos, and Essay No. 1 for quartet by Francisco Mignone.

“Villa-Lobos went through many periods,” Bitrán said, “which you can see through his 17 quartets, but by No. 17 he had returned to a very serene, almost neo-classical style. a subtlety in this very well constructed quartet with a wonderful slow movement.We like this quartet because it sounds very mature and serene.

The Cuarteto recorded the complete set of the composer’s quartets, a 10-year project which ended in 2003, and Bitrán considers this recording and the accompanying performances to be the group’s most significant achievement to date. “It taught us so much,” he said. “It taught us to play together and it taught us what it’s like to be a Latin American songwriter.”

Villa-Lobos (1887-1959) is the latest theme of the Institute of Music’s “One Composer, One Community” initiative, which annually shines a spotlight on an underappreciated composer through concerts, conversations and educational programs.

“He may be a composer of color,” said Mark George, president and CEO of the Music Institute. “Sometimes it would be a female composer. There are many people whose music, unfortunately, has not been heard.

When the Cuarteto was formed in Mexico, the country had no such full-time touring quartet. The group began by following the traditional model, performing works by standard European composers, and the members were happy with the way things were going.

“But at the same time,” Bitrán said, “and it’s very natural, we were interested in seeing what had been written for the quartet in Latin America, which I must admit we didn’t know anything about. We knew that Villa-Lobos, Ginastera and a few others had written quartets, but we didn’t know the music.

They found scores in local libraries and conservatories, and the group began programming some of the works alongside European composers. When they started touring, music critics were particularly enthusiastic about the Latin American selections, which were hardly ever heard.

“It became clear to us very quickly,” Bitrán said, “that this [repertory] should be the main focus of our career, not only as a niche market, but also because we really believed in this music, and we keep pushing it, because we think part of it is really, really world class.

In addition to modern masterpieces, the group also commissioned over 100 compositions and recorded many of them. “It became known throughout Latin America,” he said, “that we were playing new string quartet pieces, and that stimulated the creation of hundreds of new quartet pieces.”

The staff of the Cuarteto remained the same with the exception of Bitrán, who joined in 1986 after the group’s first violinist returned to Uruguay. He and two other members of the quartet are brothers, children of amateur musicians. “We grew up playing chamber music at home,” he said, “so it just came natural to us.”

The founding musicians had known each other since they were students, and they were playing in two different orchestras in the early 80s. At first, the quartet members performed together part-time and kept their main jobs.

“And then they decided to take this scary big leap of giving up orchestras and dedicating all their time to the quartet,” Bitrán said.

The bet is successful. Cuarteto has toured extensively across Europe, North America, and Asia, and won Latin Grammys in 2012 and 2016. Additionally, he is a three-time Chamber Music America/ASCAP recipient. for its adventurous programming.

The group had hoped that through its efforts for 40 years, more of the great Latin American quartets it champions would be performed by other ensembles around the world, but that did not happen.

“It’s a big disappointment,” Bitrán said. “Maybe now, with the increased focus on diversity, it’s our opportunity to push that repertoire. We keep trying.

Eight composers whose music we should know