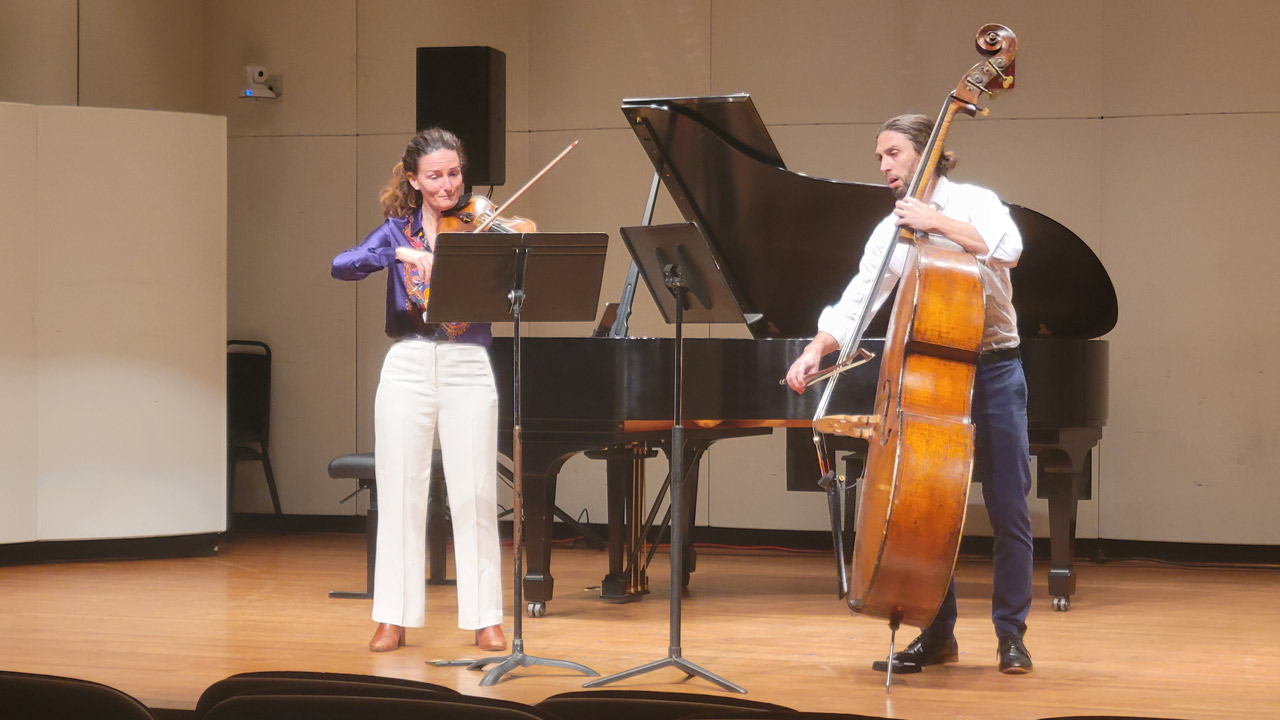 This year’s event featured an interview with a composer for the first time. Sydney Prince, a senior from Athens, Georgia, chose to interview Emily Koh, a Singaporean composer and assistant professor of composition at the University of Georgia.

“It was fun and more engaging to do a live interview,” said Prince, who is studying in musical education, said. “I had never interviewed anyone before, but it wasn’t completely out of my comfort zone to get up in front of people and do things.”

The two had a lot in common, Prince found out later, and those commonalities made the conversation even sweeter.

“When I read about her on her website, I was very intimidated. She’s a highly decorated composer, a brilliant educator, and a great musical trainer,” Prince said. “But we hit it off immediately. We have a lot of common interests. She’s wonderful and very easy to have a conversation with.”

Canton, Georgia, resident Teagan Boley’s project focused on increasing public spending on music and composers. She found that countries with lower gross domestic product spend more money on music and to help composers. Funding for musicians was of greater importance in the United States during the New Deal and during the Cold War, she said.

Boley, a senior seeking a degree in interdisciplinary studies with concentrations in social sciences and music, took the ROCC experience as motivation for his future.

“Whether in songwriting or in life, we should be able to express ourselves freely, and that’s what I saw in their songwriting: freedom of expression,” Boley said.

Undergraduate students from other institutions, including Emory University in Atlanta and Tufts University in Boston, submitted their research and presented, Morgan-Ellis said.

RSVP for the Film Composers Panel on November 17