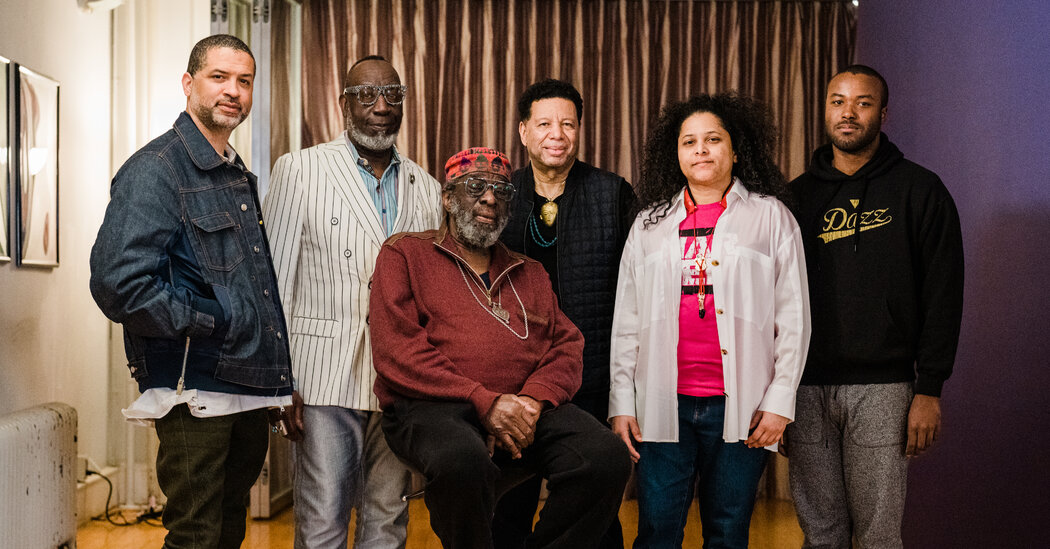 Before the pandemic hit, this classical music collective was busy planning its most ambitious festival in New York City: a three-day event called “Long Play,” with acts spread across multiple venues in Brooklyn.

Going beyond their legendary one-day marathons, Bang on a Can signaled new ambitions and went hand-in-hand with other major avant-garde parties like the Big Ears Festival in Tennessee.

Of course, these designs have been plowed. So Bang on a Can responded with agility and speed by commissioning artists from those scuttled dates to write solo pieces that were premiered online. These “pandemic solos”, as they are called, have become a tradition in their own right. (Some of them popped up last year at the collective’s summer festival.)

Still, there was a sense of something lost.

“We had this gigantic idea of ​​how to extend the marathon to Long Play,” David Lang, the composer and co-founder of Bang on a Can, told The New York Times in April 2020. “I’m sure we will do it again, if the world ever returns to normal.

Now that’s normal – enough – for another try. Long Play hits New York this weekend at seven venues in downtown Brooklyn, from Friday afternoon to Sunday evening. There are some household names on the lineup, but also ones that suggest Bang on a Can has its ears open to the work of young artists. (Friday nightJeff Tobias’ sets and the Dither Guitar Quartet offer some of that generational variety.)

The festival won’t be a retread of the 2020 lineup. “Mostly it’s new stuff,” Lang said in an interview. And a sparkling climax comes at the end, Sunday night: an in-depth, multi-layered reimagining of saxophonist and composer Ornette Coleman’s 1959 album “The Shape of Jazz to Come.” The performance will feature a band led by Coleman’s son, Denardo, who held the drum chair in his father’s bands for several decades (including in “I haven’t been where I left” a play that the elder Coleman, who died in 2015, wrote and sometimes performed with the Bang on a Can All-Stars).

This weekend’s version of “Shape” will also feature a 20-person ensemble, led by Awadagin Pratt and playing new arrangements of all six compositions from the album. These were written by a dizzyingly diverse list of artists – including singer and electronic virtuoso Pamela Z (who arranged “Lonely Woman”) and orchestral and big band composer David Sanford (who took the boppish “Chronology”).

“There are all these threads running through the festival,” Lang said. “Sons of young composers, and sons of dead composers. And threads of modernist music and threads of free jazz.

The idea is that the public can follow their own stylistic predilections. “But all of these threads lead to this play and this concert,” Lang noted. “We designed some of the concerts to interfere with other concerts; nothing interferes with this concert.

To prepare for this highlight of the festival, Denardo Coleman rehearsed his own group of players every week. On a recent afternoon, at a fashionable living and rehearsal space near Manhattan’s Penn Station, he drilled the band, now called Ornette Expressions, through the album’s six tracks, twice.

Although the music comes from “Shape”, the musicians come from different generations. Guitarist James Blood Ulmer and bassist Jamaaladeen Tacuma both played with Coleman’s father in the 1970s. at Ornette Coleman only in the early 2000s; he was already a leading figure in the contemporary jazz scene, and quickly struck up a relationship with one of the great avant-garde melodists in the field.

The set is completed by two up-and-coming musicians: saxophonist Lee Odom and trumpeter Wallace Roney Jr. The first time they all played one of the compositions, “Peace”, they got a little closer to the original , an emotionally complex composition. work that manages to be both dismal and finger snapping.

After a break – and after Moran had to leave – the melody took a turn, Roney plugging his trumpet into a wah-wah pedal. This time, his electric trumpet lines were woven around Odom’s acoustic and prayerful alto saxophone playing: even more sought-after and passionate.

“We’re doing our arrangement right now,” Denardo Coleman said after the take ended, though he added that “maybe it’s not like that” during Sunday’s concert. It may be different because on the day of this rehearsal, he had just received the finished arrangement. And much of the balance between his group and the sinfonietta remained to be established.

In a telephone interview, Z stated that “everyone was invited to write for this sinfonietta”. There was “a little side note,” she added, saying to “also leave room for the whole Denardo set to jump in, here and there.”

When arranging “Lonely Woman” – perhaps Ornette Coleman’s most famous tune – she aligned the work to her own electronic music. “I played with music the same way I play with sampled audio. I really stretched it and compressed it.

Yet his contribution is entirely acoustic – unlike many of his solo sets. “It starts with really high harmonics on the strings and vibrations in the bow,” Z said. played on a tuba. So I just had a lot of fun, playing with time.

This is exactly what Denardo Coleman was hoping for. “The way my dad would have approached it would have been for everyone to have an equal stake,” he said. “That means he wasn’t just the frontman and everyone was there to make it sound good. If you had an idea, you could take it.

Hence, according to Coleman, the freedom of each arranger to work with the original tunes.

“It wasn’t like we were saying, ‘OK, just orchestrate the song as it is,'” he said. “They can rebuild, deconstruct, flip, whatever. The melody – the composition – is only a starting point. It just takes you into another territory. And that other territory is what it’s really about.