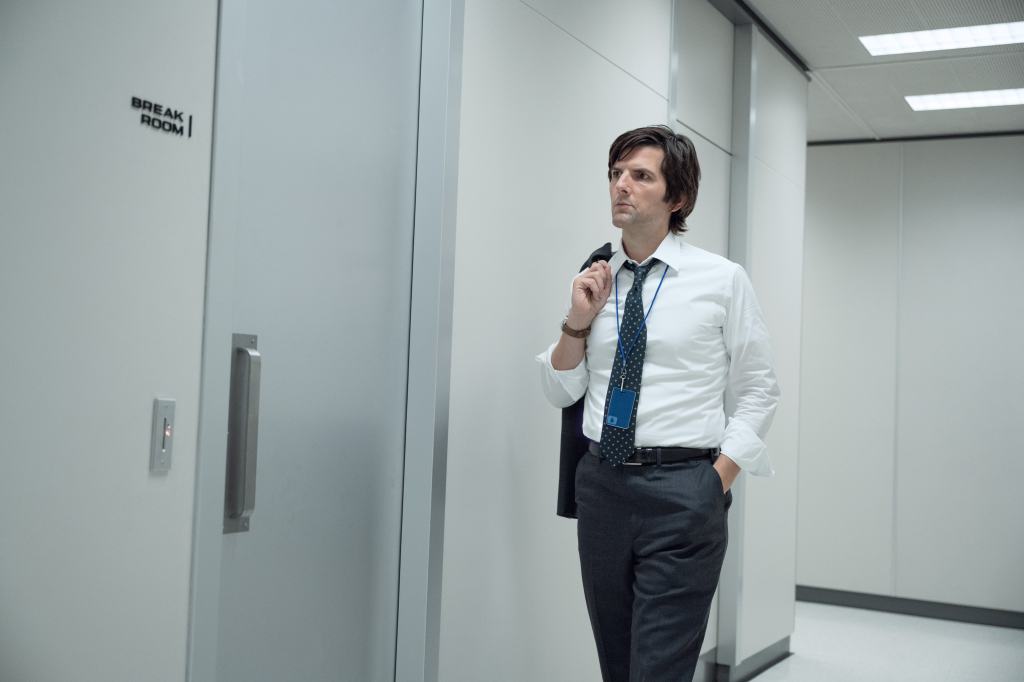 Science fiction has been the springboard for whimsical musical flights since television and movies have existed. And this year, there have been plenty of examples of composers rising to the occasion for ambitious, multi-part TV series.

“Break” is a rare television project for Theodore Shapiro, a composer best known for his feature films (“The Devil Wears Prada”). Ben Stiller, who directed six of the nine episodes, relies on Shapiro for his film scores (“Tropical Thunder,” “The Secret Life of Walter Mitty”) and sought him out for this psychological thriller about a mysterious society whose employees undergo a medical examination. procedure that ensures that their professional life and family life remain completely separate.

“As soon as I started reading scripts, I started writing themes,” Shapiro reports. One of his first musical ideas interested Stiller, and it turned into the “Severance” theme. “With that, this score really got rooted in a chord progression and a melodic idea on top of that.

“It plays (like) the mystery,” Shapiro explains. “There is a fundamental mystery at the heart of this show. [Each episode] peels off the back layers, essentially addressing the question, what’s going on here at Lumon Industries? What does all this mean? And deeper questions like what is the nature of self? The piano-string combination provided much of the score with “a very intimate chamber sound that felt right”, he says.

One of the most interesting musical effects in the Apple+ series is stuttering, distorted radio frequency noise that’s actually “an inverted piano note” that Shapiro has digitally manipulated with an abrupt cutoff. “It represents the unraveling of self,” he notes.

“Foundation” became one of the most ambitious television projects ever by composer Bear McCreary (“Outlander”). Based on the novels by sci-fi legend Isaac Asimov, the Apple+ series is a 10-part future epic spanning the galaxy of ruthless emperors, brilliant scientists, and inevitable clashes with the fates of entire planets at stake. .

Creator David S. Goyer enlisted McCreary early on. “I had been thinking about the show for five years,” McCreary says. “I had been developing new software for a year. Then I spent a month or two writing themes, so when it was time to ‘leave’, I was really overwhelmed.

The software innovation was inspired by “Foundation” character Hari Seldon (Jared Harris) whose advanced mathematics predicts the future of mankind. “We developed a random number generator that would create orchestral colors, thus giving mathematical meaning to the music. I could control the harmony, the color, the triggering of the orchestral instruments – I could turn chaos into something emotionally pleasurable.

The resulting “dazzling, shimmering textures” were just part of the fabric of the “Foundation” tapestry: a 90-member European orchestra, a 32-voice choir, “old-fashioned techniques, tried and tested superimposed on this very modern, computer-inspired idea. Ancient (viola da gamba) and international (duduk, erhu) instruments added unique colors to various characters and scenarios. “There was a lot of world building; all of these planets had to have a sense of culture,” adds McCreary; some music was even written before filming and incorporated into the story.

Ludwig Göransson (“The Mandalorian”) and Joseph Shirley collaborated on “The Boba Fett Book”, Lucasfilm’s seven-part addition to the “Star Wars” canon on Disney+. Göransson composed the main themes (it’s his voice humming throughout the score) and Shirley arranged the music for each episode, adding original material where necessary.

The unusual voice (mostly sung by a nine-part baritone choir) gave the main character a “tribal, primitive, almost ceremonial” sound, says Shirley, which worked for flashbacks to his past, “where he connects with the Tuscan raiders and becoming part of their tribe, their family.The more modern timeline, covering his years as a crime boss, required “more of an orchestral, classical mystical theme,” says Shirley.

The entire “Boba Fett” score required “a grittier, wilder, harsher texture” than the “Mandalorian” music that won Göransson two consecutive Emmys (and to which Shirley contributed additional music during its second season). They used a 75-piece Los Angeles orchestra with heavy horns, he reports.

For the moving scene in Episode 3 where Boba Fett’s Tuscan family is slaughtered, Shirley wrote an original motet (“truly solemn, almost ceremonial”) in the Mando’a “Star Wars” language (the words, translated, mean “Family is more than blood…my friends, my friends…”).

For “Halo,” the Paramount+ adaptation of the popular video game, composer Sean Callery (“24”) hinted at classic game music but, as the series “needed new themes, new sounds and new colors”, although which he notes that “there are things in all nine episodes that are reminiscent of certain points in the game’s story.”

The opening seconds of the theme, for example, allude to the game’s Gregorian chant choir, but done with female singers and a solo cello. “I was very concerned about respecting all of the work done before my involvement,” Callery says.

He spent a year creating fresh music, including a theme for Master Chief (Pablo Schreiber) that suggested he was “fundamentally discovering who he was, searching for his authentic truth.” Kwan (Yerin Ha), the girl he saves, needed music “of innocence and strength,” Callery says.

“There is a religious and spiritual quality” to many themes, he adds. The nine-part series took a year to score, with multiple sessions in Los Angeles for a 51-piece orchestra and 12-voice choir. “It required so much precision and coordination, working with multiple voices that had creative input into the music.”

Jeff Russo (“Fargo”, “Star Trek: Discovery”) recalls his first conversations with “The Man Who Fell to Earth” showrunner Alex Kurtzman: “Let’s not try to make a score that sounds like science fiction. It shouldn’t be tech-y or synth-y. We want to play it as an emotional drama.

He worked on the series for 18 months, writing for a 70-piece orchestra recorded over eight sessions in London studios. “I really wanted to give it a lot of feel,” Russo says. “The performances are so spectacular that I didn’t need music to fix anything, which allowed me to think only about the narrative.”

There’s a main theme, but much of the score consists of “character connection themes,” including music related to Faraday (Chiwetel Ejiofor), Justin (Naomie Harris), and Josiah (Clarke Peters).

As for the 1976 David Bowie film — the current Showtime series is a sequel — each episode’s titles and subtle references sprinkled throughout the series seemed enough of a tip of the hat to the musician-actor. “I felt like I didn’t need to do much,” Russo says.

From ‘Only Murders’ to ‘The Dropout’: How Composers Score a Crime Series