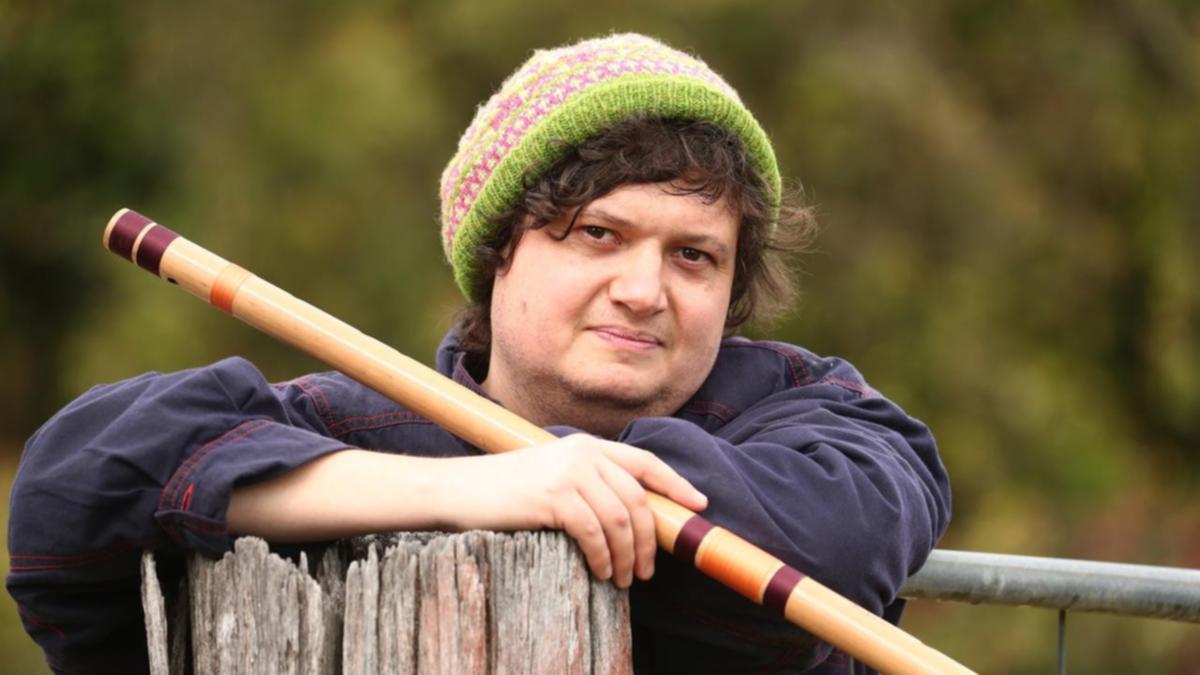 Then imagine this lamb being rescued from beheading by a divine figure called He Who Waits and must then start a cult to repay the favor, recruiting followers, conducting dark rituals and battling the leaders of competing creeds.

That’s the bizarre premise of the highly anticipated Cult of the Lamb video game from Melbourne developers Massive Monster, which is due out on August 11.

Over the past three years, composer Narayana Johnson has crafted an electronic soundtrack to accompany the game’s woolly adventures.

Its disturbing aural landscape is one of drum beats, distorted basses, choirs and flutes, with reverberation, echoes and delays marking the night scenes.

Johnson, 33, who also does electro-pop as Riverboy, will share the secrets of game music at High Score, a Melbourne event that connects musicians with game developers.

“You add emotional depth to a space, you add layers that might not have been there without the audio,” he told AAP.

Unlike music from an album or movie, a video game soundtrack is a series of loops programmed to respond to in-game events – meaning it will look different each time a player picks up a console.

A good soundtrack isn’t just interactive, it has a strong theme without distracting from the action, according to High Score guest speaker composer Jeff van Dyck.

“It’s very dynamic, very technical, but when it works it’s amazing for the player, because the music reacts very quickly to everything he does,” he told AAP.

The Brisbane-based composer began his 30-year career creating game soundtracks after failing to make a name for himself in electro-pop bands.

In 1992, van Dyck applied for a job at a company called Electronic Arts, which needed sound effects for a game based on the United States National Hockey League.

It turned out to be the hit EA NHL game, later versions of which are still played.

“I haven’t looked back since, I had to pinch myself to see if I was dreaming because I was literally doing exactly what I wanted to do,” he said.

Despite winning three BAFTAs and composing the music for EA’s FIFA, as well as Total War, Hand of Fate II and more recently Unpacking, van Dyck said he still encountered the assumption that his work only made than making beeps.

“It couldn’t be further from that now, Australia has a huge pool of talented people who are making amazing games and they are bringing a huge amount of money into the Australian economy.”

Two-thirds of Australians play video games, and in 2020/21 game development studios earned $226 million, 82% of which came from overseas markets, according to figures from the Interactive Games and Entertainment Association.

Many Australian developers took their talents to the United States, but those who remained were fiercely independent, according to Cameron Lam of music rights body APRA AMCOS, and the local industry is beginning to reap the benefits of this philosophy.

“What we’re seeing now is this generation of game developers and the associated community coming to fruition,” he told AAP.

For musicians who depend on income from live touring and album sales, video game royalties could be a new way to make money, Lam said.

But the industry is being held back by skills shortages and lack of funding, according to the association.

The federal government offered tax breaks to developers in 2021, then promised new funding through Screen Australia in March.

According to van Dyck, Australians still don’t quite know where their latest video game came from.

“The amount of money that comes into Australia because of the games we make is huge, and that should be celebrated more in Australia,” he said.

High Score: Composition and Sound Art for Games will take place from October 1 in Melbourne as part of Melbourne International Games Week.