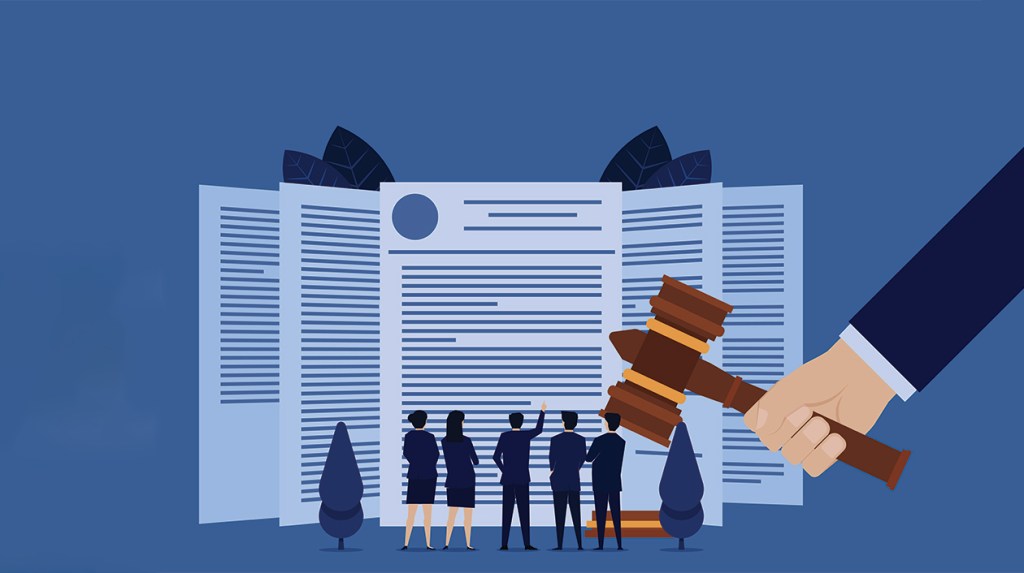 The US Copyright Office is quietly proposing a new rule to ensure that songwriters who invoke their termination rights actually receive their streaming royalties, reversing a previous “erroneous” policy that could have potentially continued to send money to former owners in perpetuity.

Starting in 2020, groups like the Recording Academy sounded the alarm that a policy adopted by the Mechanical Licensing Collective (the entity that collects and distributes streaming royalties) could lead to a bizarre outcome: even after should a writer regain control of their songs, royalties could still flow to old publishers who no longer own them – forever.

In a proposed new rule last month, the agency said MLC policy was based on a “misunderstanding and misapplication of current law.” Ordering the band to “immediately repeal its entire policy,” the Copyright Office says when a songwriter gets their rights back, they obviously should start collecting the royalties as well.

“It is not clear why the law or case law should be interpreted as making a particular copyright owner the permanent recipient. [of royalties] because he was found to be the owner immediately prior to termination,” the agency wrote in the proposed rule, posted Oct. 19.

The proposed rule change was quickly hailed as a victory for songwriters. In a statement to Billboard, michelle lewis of the Songwriters of North America said the ambiguity over the termination had “created stress and uncertainty for many songwriters”. Todd Duplervice president of advocacy and public policy at the Recording Academy, says the rule change is “big news” for songwriters.

“We are very grateful to the Copyright Office for stepping in to do this,” Dupler says. “We think the reasoning is very clear and I think they have achieved the right result.”

The MLC did not return a request for comment on the proposed rule from the Copyright Office.

Termination allows an author to reclaim the rights to his copyrighted work decades after selling it. In the music industry, if a songwriter has sold the rights to a song to a publisher that later became a smash hit, termination allows them to automatically reclaim those rights years later (the rule comes into effect). force between 35 and 56 years later, depending on when the song was sold). Created by Congress when it updated federal copyright law in 1976, the termination was designed to level the playing field for creators, who typically lack leverage in negotiations with big business. and are often forced to surrender the rights before they know they are valuable.

But termination comes with an important exception. Even if a publisher has to return the rights to the original song, they have the right to continue selling any existing “derivative works” they created when they owned them. This means that even after a songwriter has regained ownership of their song, they can’t suddenly send bans and disclaimers to a famous single, or sue a movie that featured the song under a sync license. These continue to be fair game, and all fees under existing licenses continue to accrue to their former publisher.

This exception makes sense; it would be unfair to let a licensed songwriter suddenly revoke existing licenses which were legal when granted. But it also creates difficult ambiguity for the MLC and its so-called global licensing – the simplified system created by the Music Modernization Act in 2018 to make it easier for digital services to obtain mechanical royalties from the right authors – composers.

Let’s say a songwriter ends his publisher’s control over his music. The author is now the owner of these songs – it’s easy to understand. But by paying the MLC for global license access, Spotify arguably already has a existing license in place with the former publisher. So isn’t the copy of the song on Spotify an existing derivative work? And shouldn’t the resulting royalties continue to accrue to the former publisher under this license?

Under the MLC Dismissal Dispute Resolution Policy issued in 2021, it appears to be. The rules seemed to choose who to pay based on when a song was uploaded to a digital streamer’s servers; if downloaded before a songwriter invoked their right to terminate, royalties would continue to accrue to the previous owner – seemingly forever.

The MLC’s approach was not meant to hurt songwriters. According to the Copyright Office filing, the MLC saw it as “middle ground”, aimed at preventing endless litigation that would block royalty payments “to the detriment of songwriters and publishers”.

But for the Recording Academy’s Dupler, the end result still seemed at odds with the spirit of the Music Modernization Act, which he said was designed to “help songwriters be fairly compensated for their work.” “.

“It made us fear that this ambiguity would have a negative impact on songwriters,” says Dupler. “We’re pretty confident that Congress never intended songwriters not to receive those royalties after they were fired.”

In the new rule published last month, the Copyright Office agreed with that sentiment. In a detailed legal analysis, the agency explained that services like Spotify and Apple Music do not create “derivative works” when they upload songs to their servers, which means no caveats should be given. imposed on the dismissal of a songwriter. And even if there were, the office made it clear that it didn’t matter anyway, simply stating, “a terminated publisher is not entitled to general license royalties after termination.”

“The Bureau concludes that the MLC’s dismissal policy is inconsistent with the law,” the agency wrote. “The Act gives the current copyright owner the right to royalties under the General License.”

Under the new rule, it doesn’t matter who owned a song when it was first uploaded to a digital service. Instead, it would “clarify that the copyright owner of the musical work at the end of the monthly reporting period is the one entitled to the royalties.”

The text of the rule proposed by the Copyright Office is available in full on the agency’s website. The rule is now open to public comment, in which interested parties can either support or oppose the changes. These groups have until November 25 to weigh in.