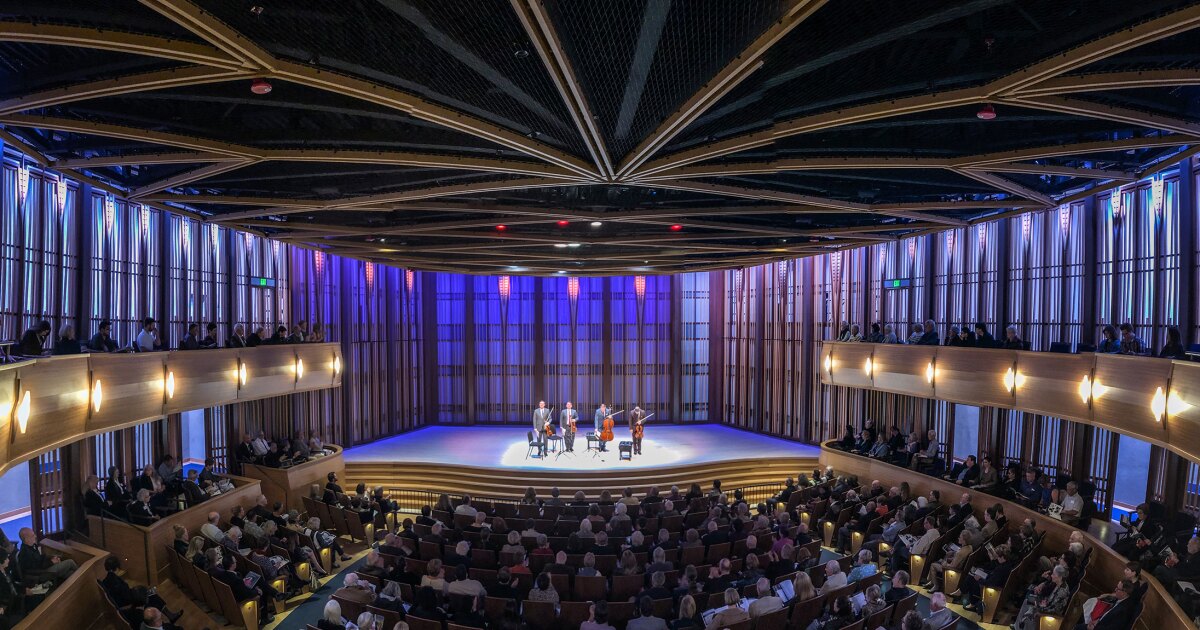 Chamber music, composers and “the cream of the crop” at SummerFest

summer festival is a month-long series of dozens of chamber music concerts, forums, events and public rehearsals. Chamber music is a style of performance using smaller ensembles, usually (but not always) in more intimate settings – be it the chamber of a palace or a room in a house.

“For many composers, chamber music was like a diary. It was where their intimate, private thoughts were expressed through intimate, private means. That, I think, is some of the things that make them so powerful, so poignant,” Barnatan said. .

This is not far from the experiences of chamber music performers and audiences.

“The intimate experience of just being there with just a few people, and the immediacy of that communication, where everyone is the best of the best. It’s kind of like the difference between going to the little ensemble show and a great Broadway musical. They’re totally different things, and you can like both,” Barnatan said.

Barnatan, who is originally from Israel but is now based in New York, participated in the La Jolla Music Society’s SummerFest program as a performer for years. In 2019 he was asked to take on the role of Music Director and navigated the festival through virtual production in 2020 and return to live audiences in 2021.

“I had a normal year. But I actually enjoyed every year, even 2020, when we were doing live shows from the Conrad with just seven artists,” Barnatan said. “Just everything about it has been very difficult and very wonderful.”

The theme for the 2022 festival is “Under the Influence”, something Barnatan admits is broad enough not to be stuffy or formulaic, but still a fun challenge to put together a program. This year’s concerts are studies of the influences of each composer or work.

Composer Caroline Shawwinner of a Pulitzer Prize and multiple Grammy Awards, is a “Composer-in-Residence” and will even host a takeover one night, Wednesday, August 24.

In a two-part concert, the Miro Quartet premiere “Microfictions”, a piece Shaw wrote for the band, then Shaw will join them on viola to perform Mendelssohn’s “String Quintet No. 2″. Later in the evening, across the courtyard from the Conrad in the JAI room, Shaw will host a cabaret-style evening – including his own work”Thousandth Orange“.

“She’s put together a program of her music and other music. She’s been given carte blanche for an hour, and she’s going to present it, be there, sing and play — and I’m going to be there,” Barnatan said.

Another highlight of the four-week festival is “A Weekend in Paris”, which runs from August 5-7. Barnatan said they collected works from important cultural periods in Paris between the mid-1800s and the mid-1900s: from “La Belle Époque” (the beautiful period) to “Les Années Folles” (the Roaring Twenties). .

A night touches the salons and masquerades in Parisincluding works by Chopin, Debussy and Ravel, and André Caplet”Fantasy Tale‘, which pays homage to Poe’s ‘Mask of the Red Death’ and other works.

Another focuses on the famous The Paris Conservatorywith works by Debussy, Franck, Fauré, Messiaen (who taught at the conservatory until the 1970s) and “Nocturne” by Lili Boulanger.

The third performance on the theme of Paris illustrates how French composers borrowed from all over the world in compositions, with works by Saint-Saëns, Ravel, Couperin and many others.

The opening weekend will include Friday’s concert centered around compositions or collaborative works – including a work by Carl Czerny for four pianos“that I hope we can get on stage,” Barnatan said.

Reich wrote the piece for a single clarinet player by electronically layering his own recordings until it was a 12-track chorus of instruments. For the commission, they filmed several clarinetists, synchronized in a single video, with New York Philharmonic principal clarinetist Anthony McGill performing his role live on stage.

The festival’s Synergy Series brings together chamber music with jazz, theatre, dance and other artistic mediums for a handful of special performances. There is a showcase with jazz singer Cécile McLorin Salvant on August 17. On August 20 and 21, several performances with the popular orchestral ensemble The Knights and the performance group Dance Heginbotham, collaborate on a chamber arrangement of “The Planets” by Gustav Holst.