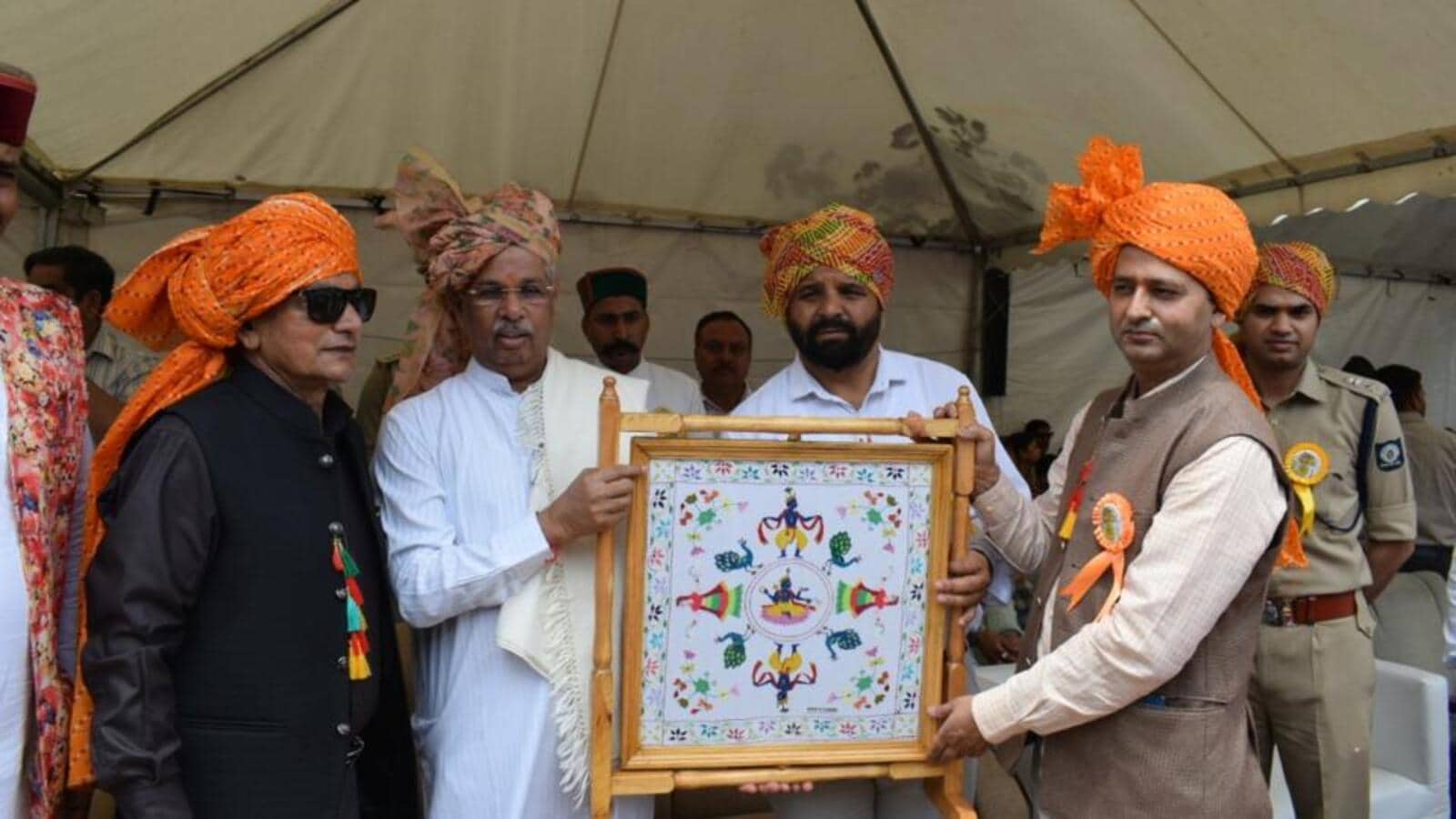 The heritage and folk traditions of Himachal Pradesh have played an important role in the progress and development of the state, Governor Rajendra Vishwanath Arlekar said on Sunday. He was speaking on the opening day of the International Minjar Mela de Chamba.

The historic fair has made a comeback after a two-year Covid-induced hiatus. Chamba Municipal Council Chairman Neelam Nayyar presented the governor with a minjar, a silk tassel unique to the region. The governor also received a Chamba rumal, another distinctive handicraft.

Speaking on the occasion, Arlekar said the fair has its own identity. He praised the efforts made to promote art and culture and maintain social harmony, before stressing the appropriate inclusion of modernity in the successful organization of the fair.

Arlekar pointed to the rich folk tradition of Chamba, saying the people of the region have done well to protect it. He further said that the state has managed to keep its tradition alive despite the many modern influences, crediting the various fairs and festivals held across the state with contributing to the same.

Arlekar also praised the region’s handicrafts, especially the famous rumal and chappal Chamba, saying they have brought international recognition to the region.

The deputy commissioner of Chamba and chairman of the fair committee said that the interest of every section of the public was taken into consideration while organizing the cultural event, adding that the artists of Chamba and other districts of the state would perform different acts over the three days. fair.

The Minjar Mela de Chamba is believed to have started in the 10th century to mark the triumph of King Sahila Varman over the King of Kangra. It has also become the symbol of corn flowering and is associated with the monsoon, where farmers pray for generous rain in the hope of a good harvest.

The era of solo composers is back: Vishal Mishra