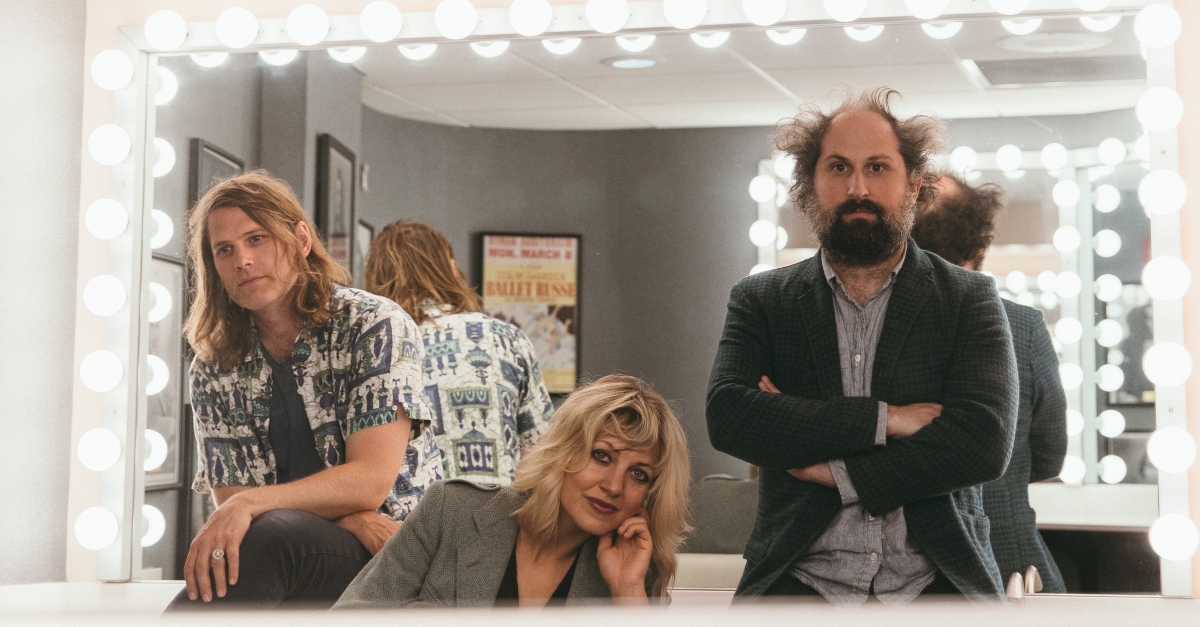 Creative license can be a tricky and rewarding thing.

Eric D. Johnson is the singer-songwriter behind Fruit Bats. He recently spoke with Doug Gordon of WPR’s “BETA” as a member of new folk supergroup Bonny Light Horseman. He talked about the band’s debut album; a collection of reworked traditional folk songs, and the joy of bringing them to a new audience.

The group consists of Johnson, Anais Mitchell and Josh Kaufman.

Mitchell recently won a stack of Tony Awards as the writer for the Broadway musical “Hadestown.”

Kaufman worked behind the scenes in the recording studio with musicians like The National, Bob Weir and Josh Ritter as a producer and guitarist.

“Josh Kaufman is one of the greatest secret weapons in all of modern music,” Johnson said.

Mitchell and Kaufman had started working on the project when Johnson became involved.

“Anais and I met in the dumbest way possible, which was on the internet. Like, she yelled at me on Twitter, which is, you know, sometimes good things happen on Twitter. And it was one of them“, Johnson said. “She was kind of a new listener to Fruit Bats and said, ‘I love this band’ and tagged me. And I had, oddly enough, just started digging into his music too. So we kind of discovered each other.”

Mitchell is originally from Vermont and grew up with folk music at home. However, Johnson and Kaufman were more familiar with rock ‘n’ roll.

“He and I kind of come from the side door of The Grateful Dead and The Byrds and Bob Dylan and things like that,” Johnson said. “So I was always interested in folk rock, and then I worked my way back.”

So how did the trio decide which songs to work on and what creative license to take?

“Anais has said many times, which I always like to quote her, that ‘this is not a research project,'” Johnson said.

“I think we had a goal like that emotional impact, you know?” He continued. “These songs are these enduring pieces of work, you know? And then like any song, if you write an original song in the studio, that chord becomes that chord and that word gets changed or something. And things just sort of slowly melt into what they need to be.”

The resulting arrangements are sometimes quite faithful to the source material, and sometimes they are amalgamations of old songs, new lyrics, keys and different time signatures.

Take “Bonny Light Horseman” for example; the title song, as well as the name of the group. The song is around 200 years old, but manages to convey a very contemporary emotional charge while departing a bit from traditional interpretation.

“Yeah. I mean the song is old and it’s from the Napoleonic wars and I mean, it’s just an incredibly sad song,” Johnson said. “It’s this utterly desperate story of a man who’s gone to war and his love singing that he was a dove, flying across the sea to find him.”

The album’s next step is “Deep In Love,” which almost certainly bears little resemblance to the original, but it’s hard for Johnson to be sure.

“‘Deep In Love’ was a song that was just a melody I had, it was a Fruit Bats demo that didn’t work. And then Josh was very excited, I have the lyrics for that!” he said.

Kaufman brought a huge book of traditional British Isles song lyrics and structures with him to the studio, and a light bulb went out when he heard Johnson’s melody.

“Yeah. I couldn’t tell you I’ve heard the original version of this song before. I don’t know what it sounds like. We only had the lyrics. I had this chorus, which was, ‘Don ‘t you break my heart,” he said. “And Josh, you know, that sounds made up, but totally true. He just opened this page and said, sing these lyrics to this melody. And it fits perfectly.”

“Jane, Jane” comes a bit later on the album and has a complicated lineage. It’s pretty faithful to an early 1970s version of Tia Blake.

“I was just madly in love with this version of hers,” Johnson said.

But this version is based on a Peter, Paul and Mary track from several years earlier, which itself is a combination of two older songs, including the Appalachian Christmas song, “Children Go Where I Send Thee.”

With all the tweaks, mixes and matches, are the members of Bonny Light Horseman afraid to tamper with the purity of these old folk songs?

“I think Anais, she’s quoting someone else, that you can’t break these songs. We’ve used the word durability a lot. I think it’s kind of unbreakable and it’s meant to evolve,” Johnson said.

So is Bonny Light Horseman a one-time business? Or are there more reinventions in the future?

“No, there are reimaginings of the future. In fact, we already have brainstorming sessions starting to brew,” Johnson said. “Yeah, and we really like each other too. That’s a good shot.”