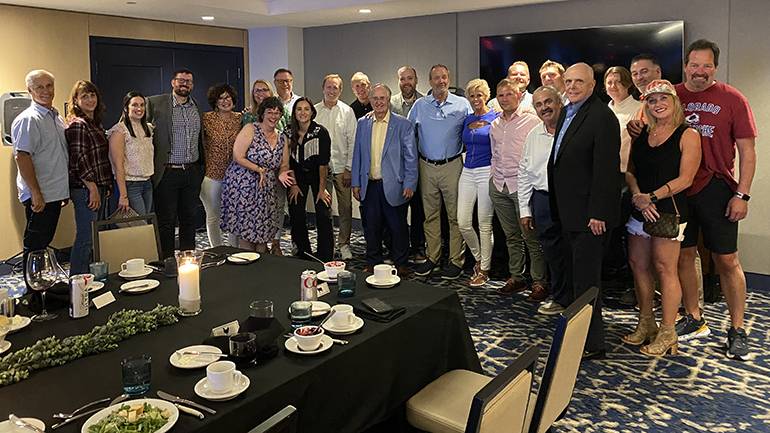 BMI singer/songwriter Angie K performed at the Opening Dinner (28/08) held at The Holston House. After her stint on “Team Blake” on NBC’s The Voice, country artist Jake Owen and his crew convinced Angie to move to Nashville and helped fund her first single in town, “Real Talk,” written by Jesse Frasure, Nicolle Galyon, Hillary Lindsey and Thomas Rhet. Angie performed songs from her latest EP From sun until sunset.

BMI singer-songwriter Paul McDonald entertained the group of radio station owners and operators at the conference luncheon (29/08), performing songs from his Modern Hearts Album. Paul is currently working on a new album and will enter the studio this fall to record.

BMI singer/songwriter Leah Blevins performed at the second night dinner (08/29) at The Merchants in downtown Nashville. Blevins performed songs from his new album first feelingwhich she is currently promoting on tour.

Finally, BMI singer/songwriter Julia Cole performed at the Closing Dinner (8/30) held at the Downtown Diner in Nashville. Cole performed his new single “In A Day”, along with “Whole Nother’ Margarita”, “Best Worst Ex” and “Side Piece”. In 2022, Cole was included in CMT’s Next Women of Country class, and earlier this summer Cole celebrated her first performance at the Grand Ole Opry.