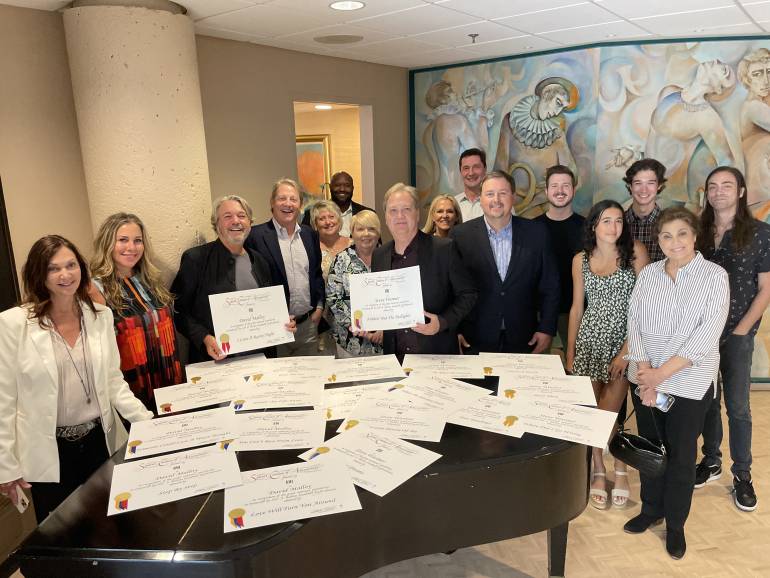 BMI celebrated legendary songwriters and soon-to-be Nashville Songwriters Hall of Fame inductees Steve Wariner and David Malloy at a luncheon in their honor on Wednesday, August 24. During the event, the company presented them with BMI’s signature “Million-Air” awards, which commemorate songs reaching one million plays. Collectively, Wariner and Malloy had a total of over 43 million performances. The 20 titles honored at the luncheon played back-to-back would total a staggering 247 years of continuous play.