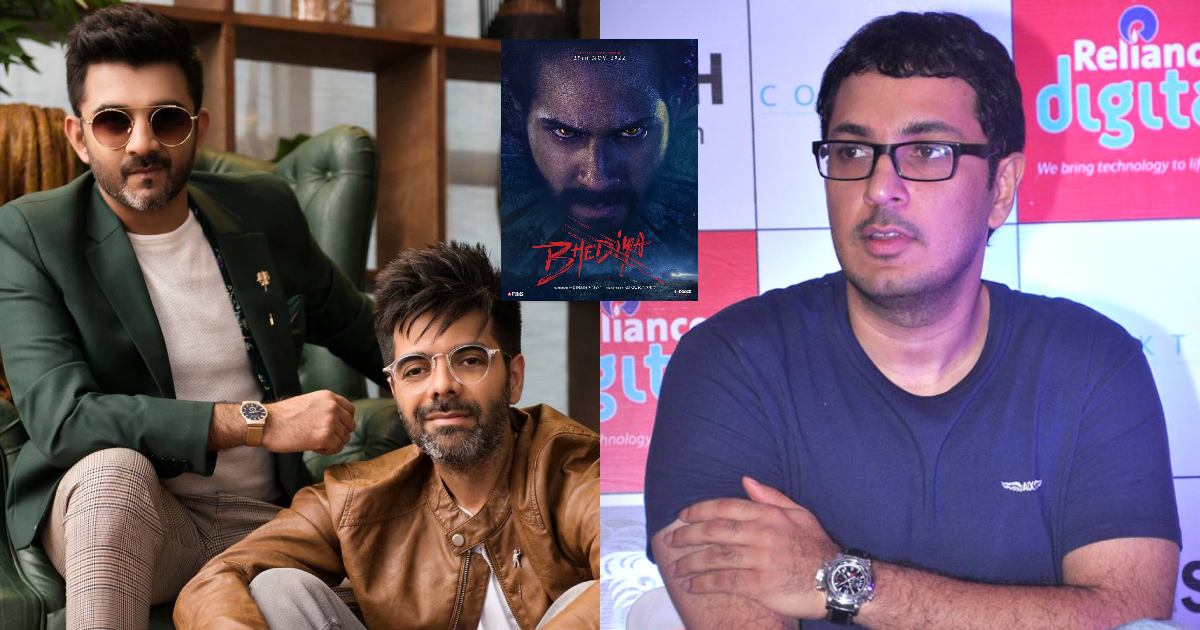 Dinesh is known for several films such as ‘Stree’, ‘Luka Chuppi’, ‘Love Aaj Kal’ and ‘Cocktail’.

Dinesh Vijan said, “I’ve lost count of how many movies we’ve collaborated on, but every album they come close to seems like their first. Working with them is so much fun, and I hope we’ll collaborate on many more projects in the future, because the music they make is truly magical.

On the other hand, Sachin-Jigar, who are known for their compositions in ‘Jee Karda’ of ‘Badlapur’ or ‘Tere Mere Beech Mein’, ‘Gulabi’ and many others said that working with Dinesh Vijan was quite fun and there was a comfort zone between them so communication was easy.

“Working with Dinesh brings an unparalleled feeling of comfort. He’s the only person we can go to anytime with a song idea, and he’ll give us even better options. Communicating with him was easy and that’s what makes it simple because music is one of the first things that comes out of the curtain to communicate what a movie is about,” Jigar added.

Directed by Amar Kaushik, ‘Bhediya’ presents Varun Dhawan and Kriti Sanon leading as Bhaskar Chopra and Dr. Anika Kothari respectively. Deepak Dobriyal and Abhishek Banerjee among others are other famous actors in the film. Shraddha Kapoor will make a special appearance in the song ‘Thumkeshwari’ – reprising her role as Stree. Everything is scheduled to be released on November 25.

Tones and I, Masked Wolf among world’s top songwriters of 2021: report