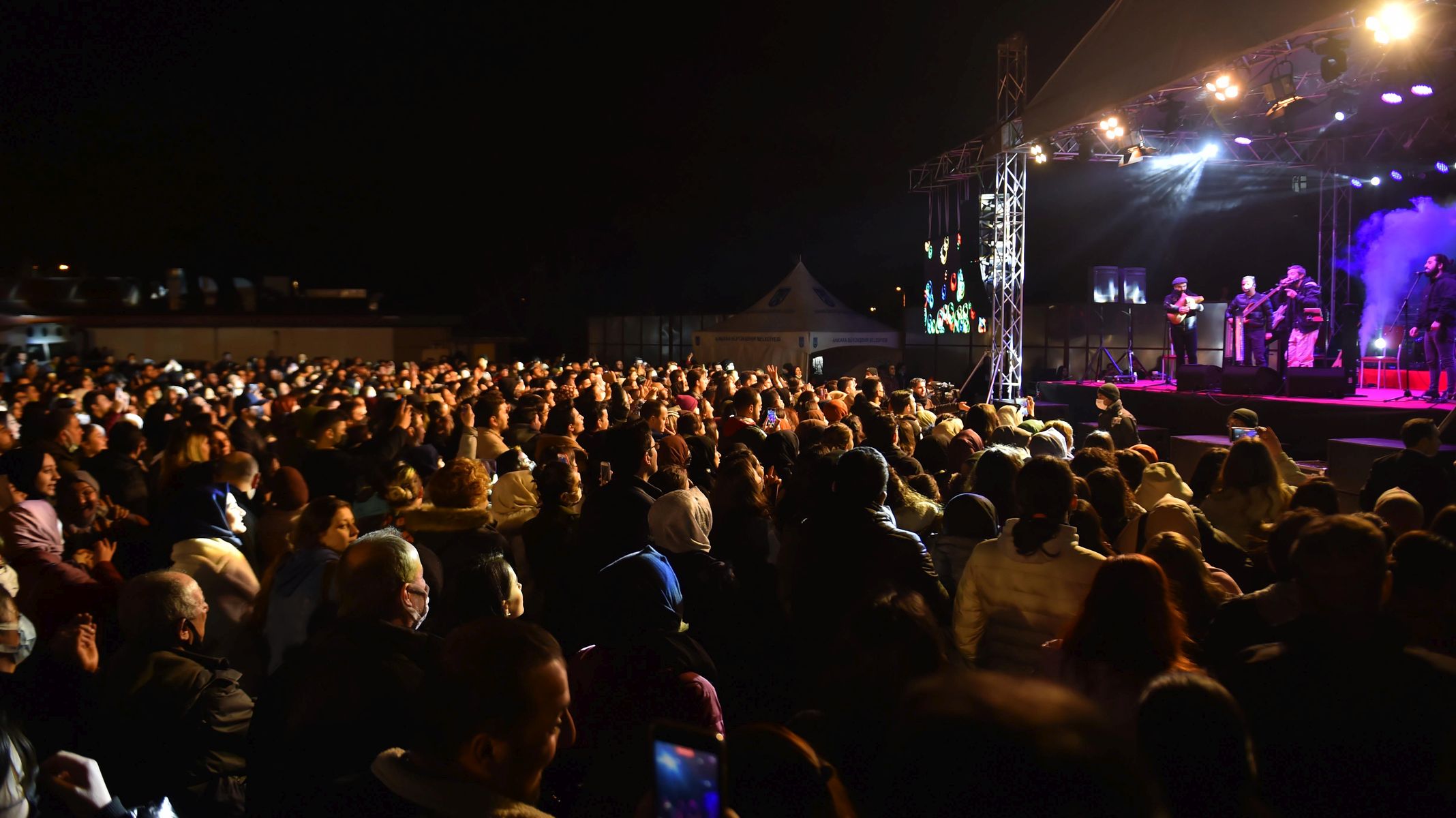 A winter farewell concert was held at BELPA Ice Skating Facility, which has become the go-to address for winter events in Ankara Metropolitan Municipality. Black Sea artist Resul Dindar, who took the stage at the closing concert of the winter festival, sang his unforgettable local folk songs for the people of the capital.

The Ankara Metropolitan Municipality brought together the citizens of the capital with cultural and artistic activities during the winter months.

The Winter Festival, which was held for the first time as part of cultural activities at the BELPA ice skating facility and lasted 45 days, ended with a concert by the artist of the Black Sea Resul Dindar. The Black Sea artist gave an unforgettable musical feast to the people of the capital with the local folk songs he sang.

Citizens between the ages of 7 and 70 showed great interest in the concert held at the BELPA Ice Skating Facility, which hosts many concerts throughout the winter.

“Ankara deserves the best. I think he’s started to experience it now. Stating that he loves Ankara very much, loves being with Ankara people and thanking the Metropolitan Municipality for hosting him, Dindar’s live performance was accompanied by art lovers for hours. Stating that they aim to make Ankara the capital of culture and art, Ali Bozkurt from ABB’s Department of Culture and Social Affairs said, “We are working with our whole team to fulfill the words of our mayor, Mr. Mansur Yavaş, that Ankara is the capital of culture and art. We will be in the presence of the people of Ankara with our new and different projects.

The Metropolitan Municipality, which organizes many cultural and artistic events during the winter, has started to prepare a full calendar of events for the summer months.

Expressing that they are preparing for the new period with big surprises, BELPA AŞ Chairman of the Board Ferhan Özkara said:
“Our BELPA ice skating facilities weren’t very active as they sat idle for years. It’s got its good old days back with us. Although today is the last day of the festival, we’re preparing for the new period with beautiful surprises. I hope we will have a good time with our citizens of Ankara. We will live better days with the courage and strength that we receive from our President Mansur in the field of culture and art.

Emphasizing that they want to show that they want to show that a festival can be held in Ankara during the winter months with the Winter Festival they are organizing, BELPA AŞ General Manager Ramazan Değer said: “We experienced an example of organizing a festival in Ankara in the winter, and this year we carried out the first one. We would like to thank our Metropolitan Mayor, Mr. Mansur Yavaş, for bringing such beautiful days to Ankara. I say stay tuned because we will also have some good events in May. We are waiting for all our young people from Ankara, all our people, at the events where we will bring together sport and art.

Songwriters Eilish/Finneas strove to pay homage to the Bond franchise