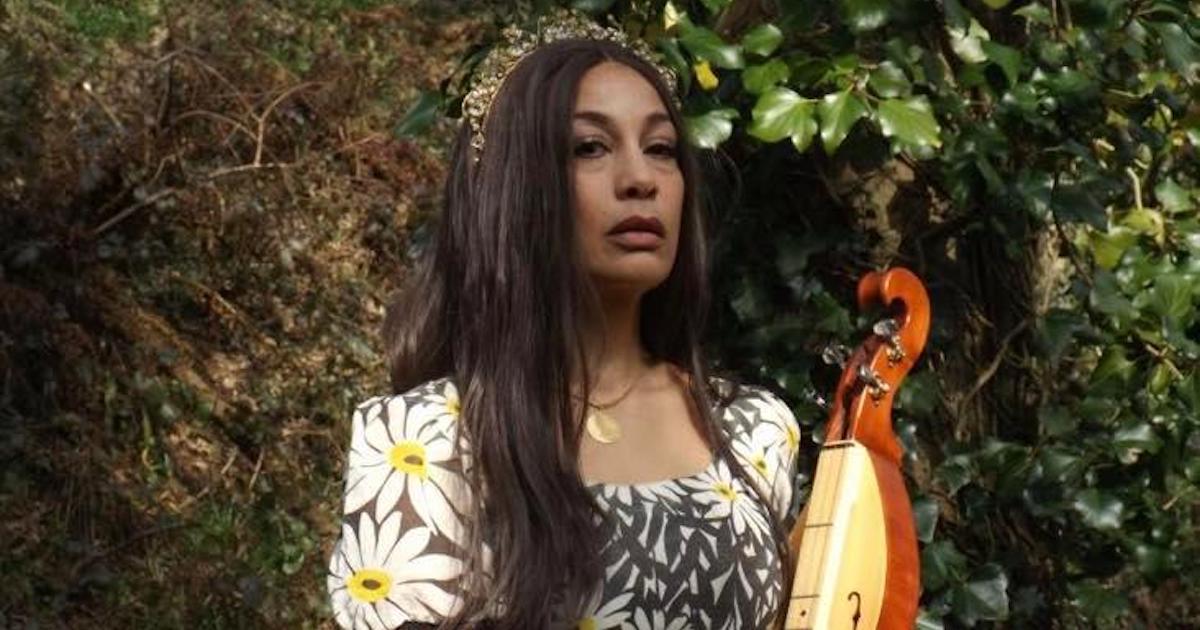 The Brown Girl and Other Folk Songs

Folk music has a unique liveliness that stems from its adaptability, flexibility and ambiguity. No two interpretations of a traditional song are alike because no two performers share exactly the same experience. As a black singer working in a category of music largely associated with white voices, Angeline Morrison’s perspective is – in part due to historical marginalization – particularly rare. Morrison is a strong advocate for greater diversity in British folk music: later this year she is due out The Sorrow Songs: Folk Songs of the Black British Experience, an attempt to redress the imbalance of history by rewriting black histories in the UK’s musical heritage. But first we hear The Brown Girl and Other Folk SongsMorrison’s more orthodox version of a collection of ten traditional songs.

Recorded in Cornwall, where Birmingham-born Morrison long resided, The Brown Girl is an intimate experience, musically minimal yet full of warmth. The a cappella overture, The Green Valley, is a beautiful introduction to her singing, which has a clarity and sweetness that belies the moral twists and ambiguities at play in the lyrics. Although this and most of the other songs here don’t deal with explicitly black leads, lines like “Am I bound or am I free?” take on deeper layers of meaning in Morrison’s rendition, proof of how vivid and changing folk songs can be.

Our Captain Cried’s multi-track vocals have a haunting, otherworldly quality and also serve to emphasize the song’s multiple perspectives, while the title track sees her joined by co-producer Nick Duffy (of the Lilac Time) on guitar. spider acoustics. It’s a combination reminiscent of Shirley Collins’ work with Davy Graham or, more recently, The Wild Wild Berry album by Stephanie Hladowski and C. Joynes.

Morrison dabbled in folk horror, ’60s psyche and hauntology in her guise as Ambassadors of Pain. This affinity with the strangest aspects of the British musical landscape is present in abundance on the frightened recorders of The Cruel Mother and the drones of When I Was A Young Girl. The Well Below The Valley revels in its dark themes of infanticide and incest: Morrison’s voice is oddly confident, oddly present, insistent even at its lowest. Lucy Wan’s brutal violence is rendered with a gentle immediacy that makes it all the more chilling. Morrison has breathtaking control over the emotional depth of these songs. Its musicianship is equally impressive – Idumea (an 18th-century hymn written by Charles Wesley) floats on undulating dulcimer gauze, and a fast autoharp-led passage from Bonny Cuckoo is bright and flowery.

The Brown Girl is one of those rare records that feels perfectly weighted, entirely free of any extraneous elements. Every multi-track harmony or subtly plucked string has its place, and everything feels lighter than air. It’s a remarkable achievement, given the gravity of the subject matter of many of these songs, the layers of history they’ve accumulated over time, and the whole new perspective Morrison brings to them. At the moment of the final, satisfied exhalation that seals the final track, Must I Be Bound, it’s almost as if a satisfying yet mysterious journey has been embarked upon that will eventually lead to many other destinations.

The Brown Girl and Other Folk Songs is now available.

“To me, these are all folk songs” Interview with Wilco’s Jeff…