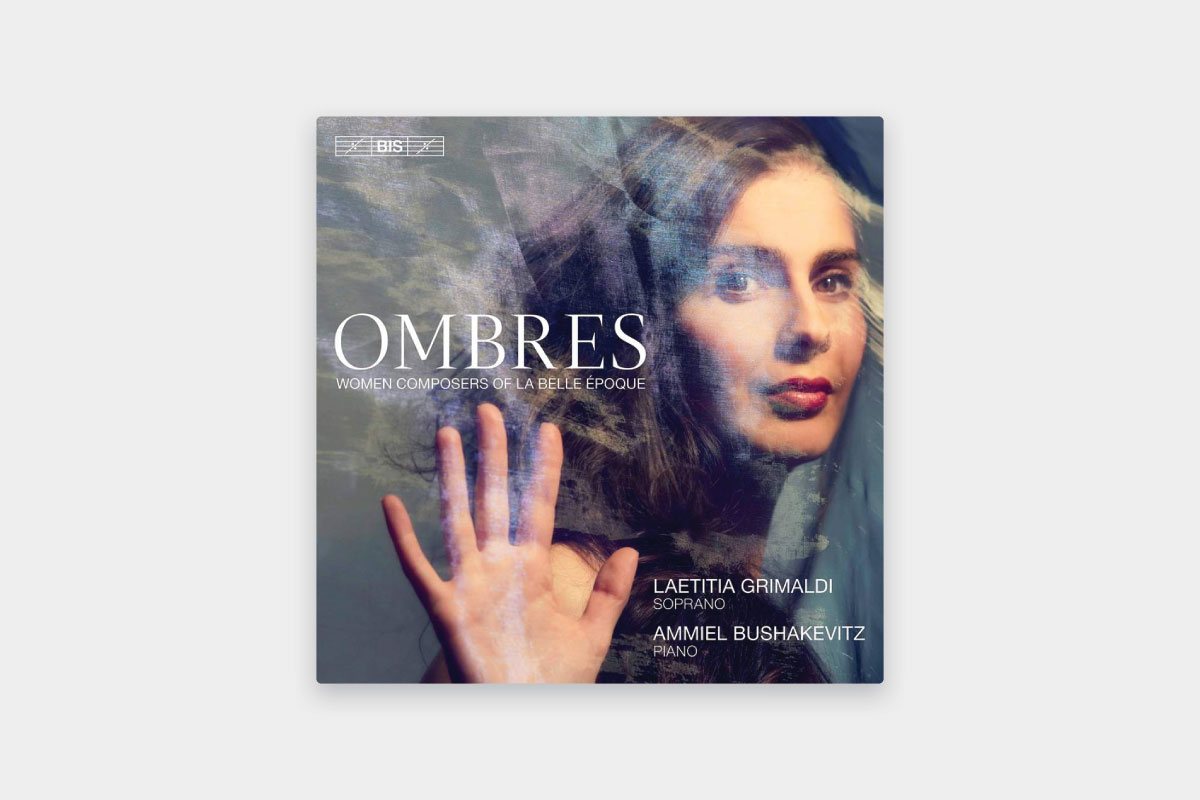 Nine female composers from the French Belle Époque are rediscovering their voices with the release of a new album, Ombres, on the prestigious BIS label. The recording marks the debut of soprano Laetitia Grimaldi with her regular accompanist, Israeli-South African pianist Ammiel Bushakevitz. Born in France and raised in London and Portugal, Grimaldi has talent to spare and made her Carnegie Hall debut in 2015 after graduating from Juilliard. Along the way, she studied with Teresa Berganza and was mentored by Dame Emma Kirkby, Sir Alfred Brendel and, currently, Matthias Goerne.

Among the composers, two are relatively well known – works by Cécile Chaminade now regularly appear on record and Pauline Viardot is no longer known only for her brilliant salon frequented by Chopin, Liszt, Rossini and Berlioz among others. The other seven women – Mélanie Bonis, Armande de Polignac, Juliette Folville, Marguerite Beclard d’Harcourt, Hélène de Faye-Jozin, Gabrielle Ferrari and Augusta Holmès – are less familiar and many of the works on this disc have never been recorded before. .

This collection is a mine of delights. Bonis in particular stands out – she studied alongside Debussy at the Paris Conservatory before her parents took her away. She then became secretary of the Society of Composers. At Viardot The Two Roses is magnificent and shows Grimaldi’s beautiful assured upper register while Chaminade’s homage to the joys of Nice, Nice the beautiful, gets a nice light touch. And listen to the three songs of de Polignac, Love song, king’s garden and Do not look at me. Perfect !