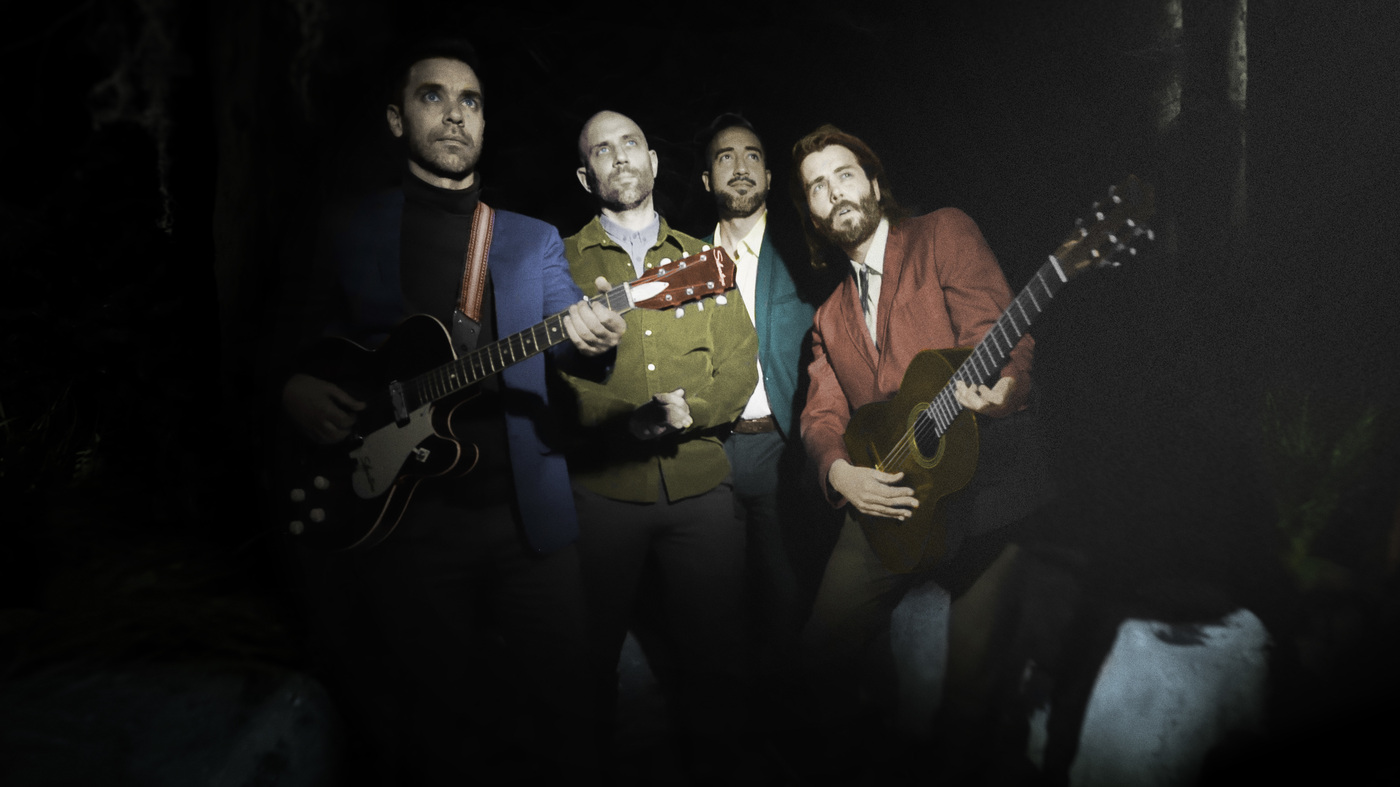 Lord Huron’s “Not Dead Yet” is featured in the August issue of Heavy Rotation.

Lord Huron’s “Not Dead Yet” is featured in the August issue of Heavy Rotation.

All of this month’s picks are available to stream on the heavy spinning Spotify and Apple Music playlists at the bottom of the page. As always, you can experience fantastic music programming across the country in real time by clicking on the links to each station’s website.

During last year’s chaotic storm, London singer-poet Arlo Parks was the musical calm, channeling the quiet Brit-pop soul of Corinne Bailey Rae and Lily Allen to create a debut album rented, Collapsed in the rays of the sun. As an ambassador for UK mental health charity CALM, not to mention a groundbreaking artist recently created at the BRIT Awards, Parks, 21, has used her platform (not to mention songs like ‘Hope’) to encourage conversations around depression. . In a year plagued by isolation, Parks’ music is the compassionate companion we needed (and still need), wrapping our feelings of self-doubt with comforting arms of love, light and reassurance that We are not alone. —Joni Deutsch, WFAE amplifier

Here in Nashville, we are five hours from Clarksdale, Mississippi. The Mississippi Delta amplifies its musical heritage just as we do in Tennessee, both imported worldwide. When Christone “Kingfish” Ingram released his debut album a few years ago, we found a new young canon steeped in tradition, and that was cause for celebration. On his new disc, 662, he’s even more sure-footed, with explosive guitar runs and an authoritative voice. 662, of course, is the Clarksdale area code. On the title track, he paints a picture of his hometown, which could be Anytown USA, except it’s more than that, because it’s the birthplace of the blues. Kingfish is the new flagship in a long line of exports, keeping it happily alive. —Jessie Scott, WMOT

Upbeat and energetic, Japanese Breakfast’s “Be Sweet” is an upbeat, mega-danceable synth-pop song that deserves to be played on the radio everywhere. Co-written with Wild Nothing’s Jack Tatum, the song is equal parts Madonna and Cyndi Lauper with synths and grooves tightly underlining the melody. In the chorus, lead singer Michelle Zauner pleads, “Be nice to me, baby,” a hook so wide you could drive a truck through it. This is the second track from the band’s latest album, Jubilee, and it’s a musical departure from the darker songwriting themes of their earlier records. While writing this song, Zauner recently said Coffee of the world host Raina Douris, “helped [her] to open [her] inner diva. There’s a very sassy performance that accompanies it, and [she] just love[s] so much song. Danceable, bright and euphoric, “Be Sweet” is the sound of Japanese Breakfast rising and transcending to a new place in modern indie music. —Bruce Warren WXPN

It’s rare to find a figure whose artistry emanates sheer elation at every turn, but that certainly characterizes the work of Jon Batiste. Known to many as the effusive conductor of The Late Show with Stephen ColbertBatiste recently caused a stir for his Oscar-winning contributions to the Pixar film Souland his latest solo album, We are. The album’s single “FREEDOM” is emblematic of Batiste’s artistic trajectory. The song is a love letter to New Orleans and its rich musical history – one that has cultivated his career and a long family line of music-makers. More importantly, it touches on its essence and the city’s second-line percussive sounds, which were primarily introduced by African, Caribbean and Native American musicians before the dawn of jazz. It’s a celebration of the love, inclusion and strength of an artist who radiates his own brand of musical mastery, finesse and exuberance. —Michelle Bacon, 90.9 The Bridge

Little Simz’s new album is called Sometimes I could be introverted. And sometimes, when you’re introverted, your words come out suddenly, like a tap that can’t be turned off, especially when it’s deep-seated feelings of adoration that you’re holding back. There are over 600 words in this four-and-a-half-minute song, and each one gauzes a woman Little Simz looks up to. 600 praises. 600 words of affirmation. It is important for us to play this in heavy spinning as a radio station because at every turn we bring the message of Simz to women around the world. And we are happy to render some of his words here: As Simz says, we i just want to see her glow. —Justin Barney, Radio Milwaukee

Lord Huron, “Not Dead Yet”

Lord Huron released “Not Dead Yet” as the lead single from his latest album, long lost. What makes “Not Dead Yet” so great is that it captures at least three different styles of music in the same song. It starts with a mid-tempo rockabilly style reminiscent of early Elvis. Then comes a touch of psychedelia with the addition of a heavily distorted guitar. Finally, a touch of cinematic flair gives the song a dreamlike quality, as if it were part of a Hitchcockian psychological thriller. Singer-songwriter Ben Schneider drenches the entire melody in a healthy dose of reverb that carries you away. Schneider’s cryptic lyrics only add to the mystery and have you clinging to every word hoping for new clues to help make sense of this beautiful song. —Benji McPhail, The Sound of Colorado

Lucy Dacus artfully revisits a past high school relationship on “Brando” from her third album, home video. The entire record is an exploration of her formative years, and this song plays out like an independent romantic comedy where Dacus plays the strong female lead who doesn’t let the co-star control her narrative at the end. The lyrics and melody work in tandem to evoke a cinematic vulnerability that once again continues to make Dacus a relatable songwriter, as if his experiences are ours too. The emotional maturity of the song’s chorus – “All I need for you to admit / Is that you never knew me like you thought” – shows our protagonist moving on and becomes what he always wanted to be. —Alisha Sweeney, Colorado Public Radio, Indie 102.3

Ozomatli, the Grammy-winning six-piece Latin band from Los Angeles, teamed up with Guatemalan singer-songwriter Gaby Moreno and Cypress Hill’s B-Real on “Mi Destino,” a superb jam for the end of the summer. The lead single from Ozomatli’s upcoming album sees the band doing what they do best, mixing Latin cumbia and salsa beats with hip-hop beats and rhymes. It’s a song about perseverance and hope, with lyrics that switch from Spanish to English and build on the chorus perfectly. About “Mi Destino,” the band says, “Whether you’re a dreamer, an immigrant, or a person of color who defies people’s standards, you’re not alone as we each walk this road to fulfill our destiny. .” It’s an inspiring message of unity from a group that has been speaking out against injustice for nearly two decades. —Brian Burns, WUNC

Fresh off the release of two (!) of 2020’s most vital albums, SAULT managed to set the tone for Summer 21 with their latest, New. Never content with following a standard album deployment strategy, New emerged from the ether on June 25, and in the ether it will return exactly 99 days later. Those days are shrinking, so you should spend them all listening to “London Gangs” on repeat. There’s so much packed into this relatively brief melody. The vocal delivery and overall instrumentation puts it squarely in the terrific British post-punk lineage, and yet it’s arranged to a hip-hop beat with nods to sample culture throughout. After further investigation, you may be able to get to work tracking down a copy of the (currently out of print) vinyl so you can be sure of your ability to cherish it for years to come. —Marion Hodges KCRW

It’s not hyperbole to say that Bristol-born soul singer Yola stamped her unique authority on modern soul with “Diamond Studded Shoes.” Grooving with a 1970s JJ Cale-esque mashup that blurs the line between Americana and blues/soul, Yola’s new single calls for the empowerment of the less fortunate to take a collective stand and demand better from our society. . Just a few years away from her thrilling debut, Yola’s growth as an entertainer is tangible here, showcasing not only her impressive voice, but a wonderful degree of control and reserve that tells you she has a lot more power at his disposal. Working again with producer-musician Dan Auerbach as well as in-demand songwriters Nataly Hemby and Aaron Lee Tasjan, this upbeat summer jam has you wanting to sing it out loud and join the bandwagon. — Eric Teel, Jefferson Public Radio