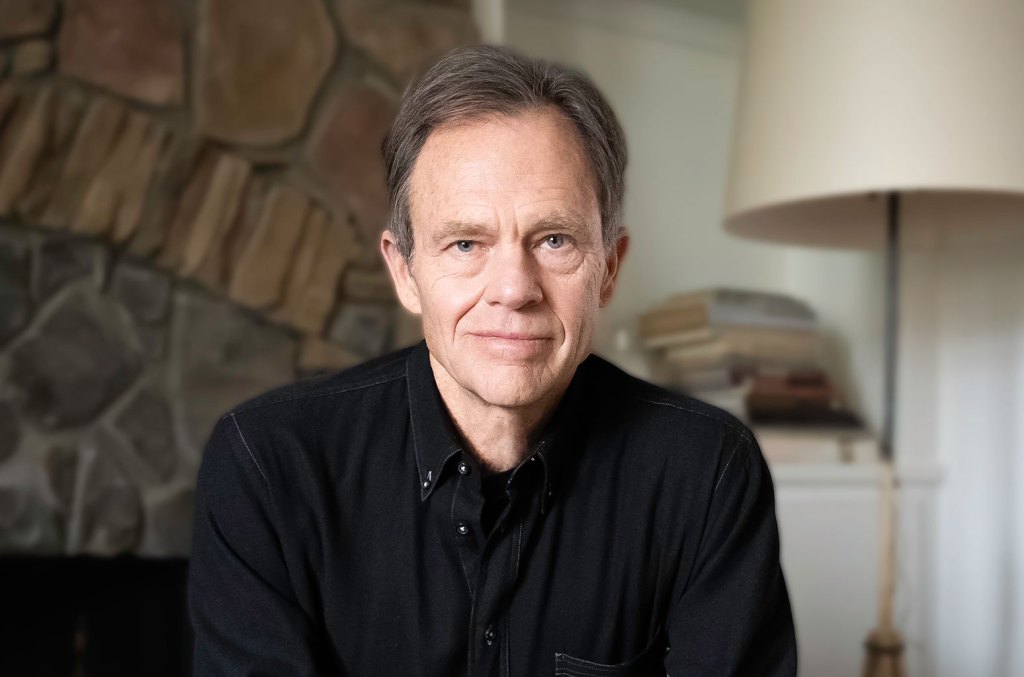 In 2014, songwriter Tom Douglas was inducted into the Nashville Songwriters Hall of Fame, thanks to an enviable catalog of compositions that includes co-writing Collin Raye’s “Little Rock,” “The House That Built Me” by Miranda Lambert, “Grown Men” by Tim McGraw. Don’t Cry”, the Keith Urban/Eric Church collaboration “Raise ‘Em Up” and “I Run to You” by Lady A.

During his inspirational 12-minute acceptance speech that night at the Music City Center in Nashville, Douglas offered a poetic synthesis of the impact music has had on culture over the years.

His new movie, Love, Tomwhich will premiere today (February 24) on Paramount+, marks the latest iteration in the evolution of that discourse, with Douglas, 69, telling the story of his own life and career and bringing viewers far beyond the successes, deep within the struggles, doubts, hopes and personal stories that fuel the creative process.

Years after that acceptance speech, the five-time Grammy nominee extended it into a one-man show, inspired by seeing Bruce Springsteen Springsteen on Broadway in 2018.

“He was talking about his life growing up in Freehold, New Jersey. His story was my story,” says Douglas Billboard. “The details were different, but the story was exactly the same. That’s just the power of storytelling. With that, I hope to guide the listener and the viewer to remember their own story.

Douglas says the speech went through five iterations as people started asking him to speak at conferences and retreats. Oscar nominated director Michael Lennox (Boogaloo and Graham) saw one of these performances in 2019 and contacted Douglas with the idea of ​​turning the performance into a film.

“I immediately said, ‘Absolutely’. I’ve always wanted to be in and around film, to see the convergence of drama and song,” Douglas says. “I was fascinated to see how it would come to fruition, but honestly, it’s Michael’s creative vision revealed on screen.”

The film begins at Douglas’ home in Nashville, as he recalls receiving a letter from a frustrated young songwriter asking for his advice.

“I did what any good songwriter does: I wrote back to him,” Douglas says in the opening moments of the film. “We all got here the same way, I guess. We followed the song. We have a gift and with it comes an immense responsibility. Mine is truly a failure story. I wanted to give up, but I can’t give up something I love.

Douglas tried his luck in Nashville in his late twenties, but was quickly rejected. He and his wife Katie left Music City for Texas, where Douglas spent 13 years working in commercial real estate while the couple raised their three children.

Eventually, Douglas gave Nashville and songwriting another shot. He was 41 when he got his first “cut”, when Raye recorded “Little Rock”. The 1994 song reached number two on Billboard‘s Hot Country Tracks Chart and earned Douglas his first CMA Award nomination, for Song of the Year.

In Love, Tomhe tells the story of his childhood in Atlanta, remembers a pivotal moment watching the Beatles on The Ed Sullivan Show and recounts his father’s struggle with painkiller addiction. It also bears witness to the emotional ups and downs that are part of a songwriter’s life – including courage, inspiration, fear of failure and frequent anxiety (or “the rat that sits at the edge of the piano”, as Douglas calls it). It also details how a marathon race inspired a Lady A hit and how her relationship with her daughter inspired “My Little Girl”, recorded by McGraw as part of the film. Girl. Another song, “Coming Home”, from the movie strong countryreceived an Academy Award nomination for Best Original Song.

Along the way, Douglas visits various Nashville landmarks, including the Bluebird Café, the Nashville Pedestrian Bridge, Printers Alley, and Parnassus Books. In one of the film’s most impactful scenes, Douglas, seated at the piano onstage in the Ryman Auditorium, shares the inspiration and painstaking writing process he and co-writer Allen Shamblin went through to create the four weeks Billboard “The House That Built Me” topped Country Airplay’s list, which was named CMA Awards Song of the Year in 2011. (In 2020, the ACM Awards declared it Song of the Decade.)

“Nashville almost becomes another actor in the movie,” says Douglas. “Places are so important, where songwriters live, work and dream. I just wanted to shine a light on songwriting and the importance of what we do. We really write the soundtrack to people’s lives.

The film’s final song, “My Father’s Reputation”, discusses his difficult relationship with his father, who died in 1996, and its impact on his career.

“It was a tumultuous rollercoaster at times. In the last three years of his life, he really came to his senses,” Douglas says. “I made peace with my dad’s passing and his life. But over time, I developed this fire of ambition that I couldn’t explain. It wasn’t about money or rewards or even validation. Years later, I realized that I thought that if I was successful enough, people would think better of my father. It seems crazy to say it now, but at the time it was very real. It’s an unhealthy weight to carry. It really is like that that ‘My Father’s Reputation’ was born.

An accompanying soundtrack, courtesy of Monument Records, features demos of Douglas songs featured prominently in the film, along with the artists who made those songs hits – including McGraw, Lambert, Lady A, Chris Janson, Raye and more – lending their voices alongside his .

“I know all of these people, so I just texted them asking if they could sing with me on all or part of it. Within days, they all said yes,” says Douglas. “There’s just a lot of love, back and forth. I am so grateful for their friendship and artistry, that they would lend it to this project.

In recent months, numerous writers and artist-writers — including Springsteen, Stevie Nicks, Bob Dylan and many more — have made headlines for selling all or part of their music rights. Douglas says he has no plans to sell his catalog.

“I’ve never sold a catalog, but nobody offered me $300 million for my catalog either,” says Douglas, who is signed to Sony Music Publishing. “I love owning the songs. They’re part of me. If a hedge fund in New York pays you a huge multiple for your catalog, they’re not doing it out of altruism. They think there’s a financial advantage for them I was in the real estate business and I almost consider these songs like little pieces of real estate that I own along the way Some go up in value over time Some don’t but you never know which of them will become hot and take on a life of its own.

What Douglas has planned for April 2 is a performance of Love, Tom at the Country Music Hall of Fame and Museum. Given the film’s origins as a one-man show, Douglas says he would love to shoot Love, Tom in residence.

“I wish I could find a little theater in Nashville, maybe off Broadway, and bring in tourists three nights a week. It’s cool to share this story with country music fans. So I’m actively looking for a place to do a residency like this. It’s a wonderfully interactive piece and I hope it will take the audience on a journey through their own life and childhood.

Finally, he hopes Love, Tom will inspire the next generation of songwriters, creatives and music lovers in general.

“It’s in the pain and in the struggle, that’s really where the beauty and the creativity comes out,” says Douglas. “Keep creating, keep struggling, keep bleeding to a page and beautiful things will bloom.”