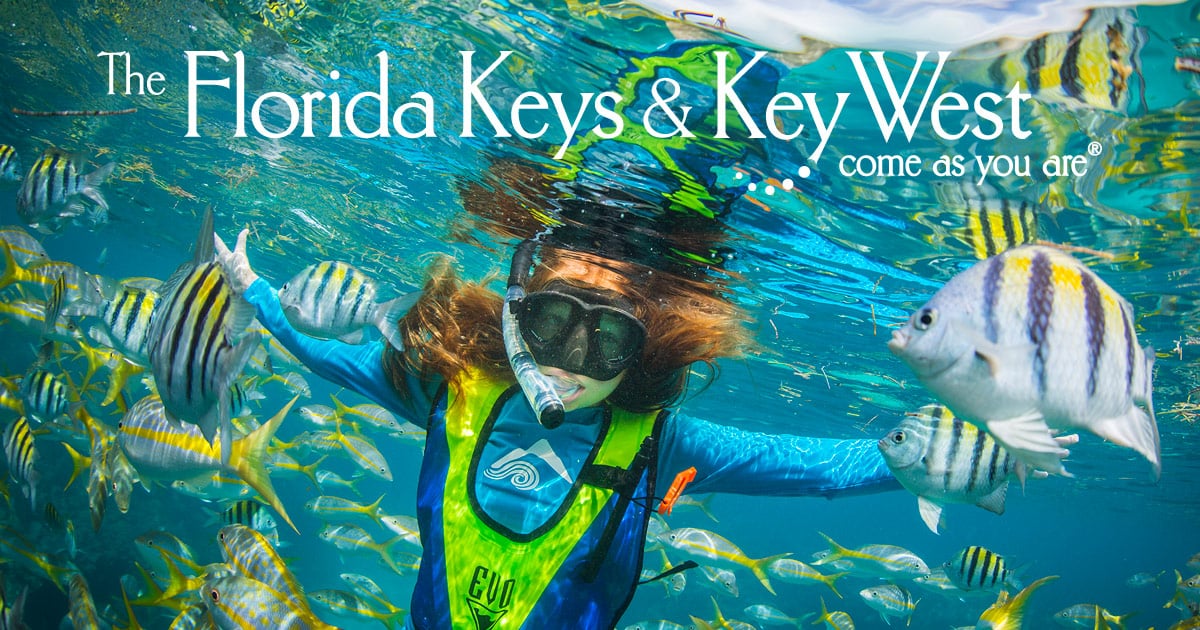 KEY WEST, Florida Keys – Audiences can rock, swing and sing along to some of America’s hottest contemporary hits and classics Wednesday through Sunday, May 4-8, during 2022 Key West Songwriters Festival.

More than 175 singer-songwriters – including multi-platinum recording artist Chris Young, whose career includes eight studio albums and 10 number one singles – are set to showcase their chart-topping offerings on more than 50 shows, delivering an unrivaled five-day medley for music fans.

Now in its 26th year, the festival has become an annual tradition for some of America’s most popular country and pop music hitmakers.

The 2022 list includes Riley Green, renowned for his musical storytelling and offerings such as “I Wish Grandpas Never Died”; Ernest, whose notable releases include “Cheers” and “American Rust”; and songwriting superstars Dean Dillon, Chuck Cannon, Liz Rose, Jeffrey Steele, Scotty Emerick and Al Anderson among many others.

Most shows feature a rotating cast of writers/performers, and many have no admission fee. Among them are curated offerings at the island city’s bars and hotspots, beach resorts, historic inns and the festival headquarters at Rams Head Southernmost Bar & Restaurant, 804 Whitehead St.

The anticipated highlight of the five-day event is Young’s concert, scheduled for 7 p.m. on Friday, May 6, at the Coffee Butler Amphitheater in Key West’s Truman Waterfront Park. Hosted by broadcaster Storme Warren and featuring Kameron Marlowe, the performance is set to showcase the country star’s distinctive style whose recent hits include “Famous Friends.” Doors open at 6 p.m.

Other paid group shows are scheduled daily at the Key West Theater at 512 Eaton St.; Thursday and Friday evenings at the San Carlos Institute, a Cuban cultural center located at 516 Duval Street; On Thursday and Saturday evenings at sunset, sail aboard the catamaran Fury; Saturday at the Southernmost Beach Sand Bar at 508 South St.; and Sunday at Opal Key Resort & Marina, 245 Front St., for sunset dinner by the water.

At 7:00 p.m. Saturday, a free “Main Stage” concert headlined by Green is scheduled to take place in the 200 block of Duval Street in Key West. Hosted by Warren, the high-energy show also features Shelby Darrall and Payton Smith.

Presented by international performing rights organization BMI and the Florida Restaurant & Lodging Association, the Key West Songwriters Festival wraps up Sunday evening, May 8, after a day and evening of music.

Tickets for individual shows and VIP multi-show passes can be purchased online. 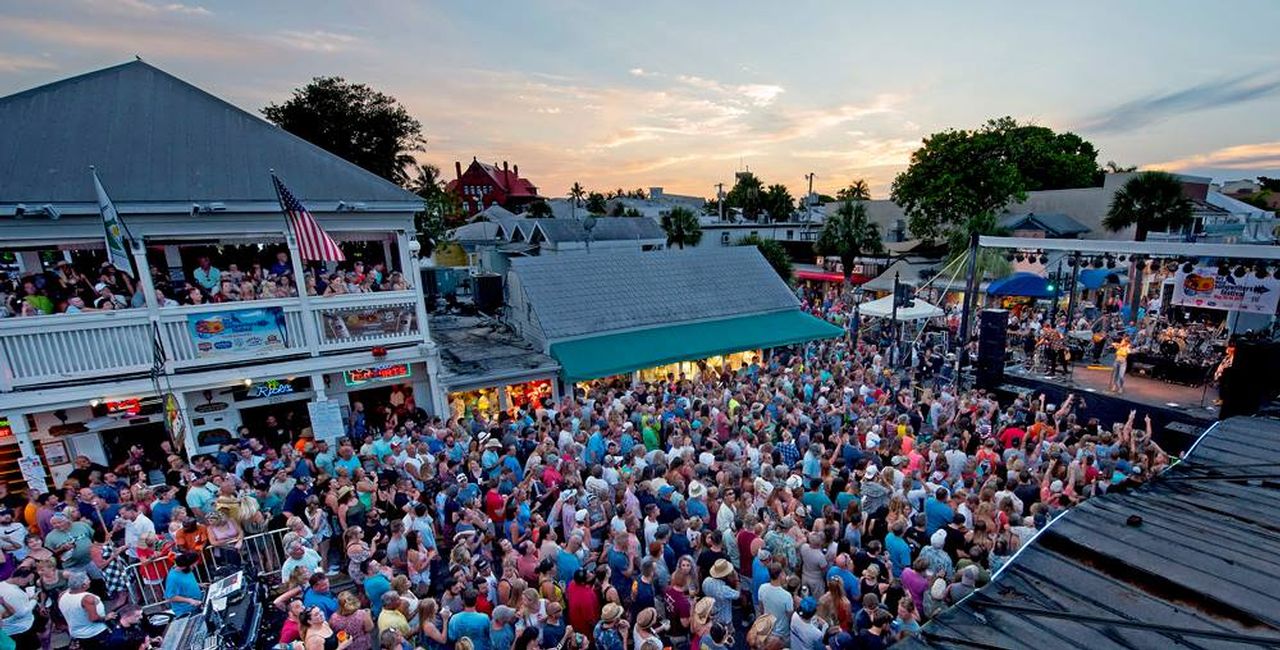 On Saturday, May 7, a free “Main Stage” concert with Green headlining is scheduled to take place in the 200 block of Duval Street in Key West. 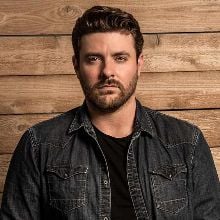 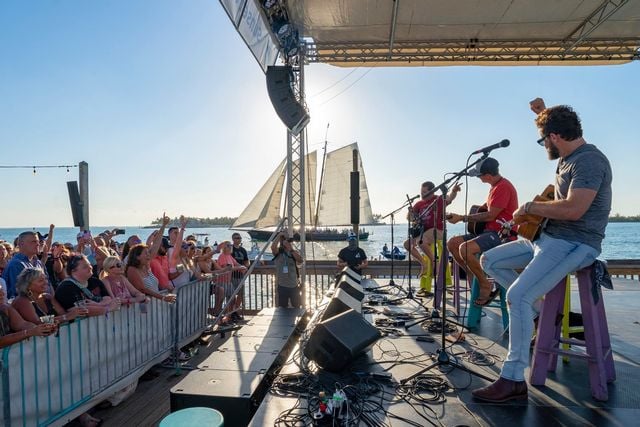 Most shows feature a rotating cast of writers/performers, staged in the island’s town bars and hotspots, resorts and historic inns. Picture: Rob O’Neal